Tony Winner Talks ‘I Am The Night’

WSN sits down with actor Jefferson Mays to talk about his role in TNT’s new limited series “I Am the Night,” co-starring Chris Pine. 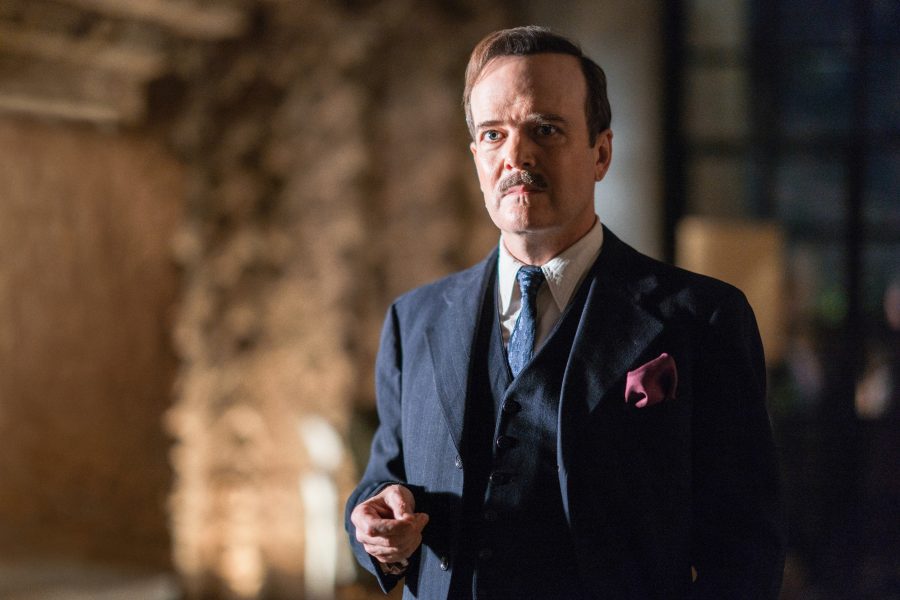 Jefferson Mays as Dr. George Hodel in “I Am The Night.” (Photo by Clay Enos, Courtesy of TNT)

Jefferson Mays has been a storyteller his whole life. In his childhood, his family did not have a television set, so he and his parents would read books out loud to each other every evening. They would pass them around and constantly transition between the roles of reader and spectator, creating a lively and imaginative environment for Mays as he navigated his passion for art.

The multi-genre actor has gone on to perform in major roles across film, television and theatre, appearing in such works as the play “Pygmalion”, and more recently, the Oscar-nominated “The Ballad of Buster Scruggs.” He won the Tony for Best Performance by a Leading Actor in a Play in 2004 for “I Am My Own Wife.” He was nominated two more times for the musical “A Gentleman’s Guide to Love and Murder” and the play “Oslo” in 2014 and 2017, respectively.

When tasked with portraying a real-life figure, there is a certain level of responsibility placed upon the actor in bringing the character to the screen, even with the creative freedoms that the filmmakers may take. Mays, one of the series’ overall highlights, was aware of this but definitely elevates the character from the page. He is enigmatic and chilling in the role, but initially came onto the project with no knowledge of Hodel.

In the late 1940s, Hodel was a physician who became the prime suspect in the murder of Elizabeth Short, also known as the Black Dahlia. He was never formally charged with the crime, but, after his death in 1999, was posthumously accused by his son Steve Hodel, a former LAPD homicide detective, of several murders.

In Mays’ research, he heavily relied on Steve’s findings, but also had the added benefit of being able to film in Hodel’s old residence and really immerse himself in the character’s headspace.

“I learned so much from the architecture,” Mays said. “It was definitely a home of a control freak. There was even a sliding bookshelf in his study that gave on to a secret room. He had an operating theatre in the basement.”

Singletary, an entirely fictional character, starts the series in a rut because his career was brought down by a catastrophic report that alleged Hodel was performing illegal abortions in his Hollywood home, an accusation made against him in real life. Singletary’s reporting is discredited during the trial.

“I felt strangely comfortable and peaceful [in the home],” Mays said. “There were some late nights there where we were shooting scenes at three or four in the morning, in the haunted stillness of the place and the years seemed to fall away and I was drifting back in time. It’s one thing that attracts me as an actor, the time travel aspect to inhabit different periods.”

While his appearances in the series feel fleeting, Mays dominates his scenes so that his menacing presence is felt throughout the entire series. This is part of the reason why he feels like a strong antagonist to Fauna and Singletary, though most of his scenes are particularly with Fauna.

“[India Eisley] was really a revelation to me. This strikingly beautiful face, these luminous eyes, such emotion passes across like cloud shadows,” Mays said. “She taught me so much about stillness and the quality of listening.”

But Mays was also very enthusiastic about working with Jenkins, who directed the first two episodes in the series on top of producing. Jenkins, nominated for an Emmy for directing the pilot of “The Killing,” was both a permissive and precise director who created a process that was as creatively fluid as it was focused.

“Freedom is one of the greatest gifts you can receive from a director,” Mays said. He was also very enthusiastic about Jenkins’ skill in balancing the overarching narrative with all the delicate aspects of directing episodes.

“This is a rare ability to hold the big picture in her mind and every little detail. Everything is important to her: the color of your sock, the length of your mustache, everything matters to her. That’s an extraordinary ability to have, to hold all of that in mind,” Mays said.

Mays certainly enjoyed his time filming and has never had a preference for performing in a particular medium. But, he admits that there are some stark differences in his process for each.

“For most stage work, there’s at least four weeks of rehearsal working with your fellow actors and props, so you’re all learning how to tell a story collectively,” he said. “The narrative is completely in your control. You relinquish that power to some degree in television and film. Your performance is ultimately in the hands of the editor. But that in and of itself is pretty thrilling.”

Mays was ultimately very satisfied with the series and the ever growing potential of television to tell unique and longer stories that allow both creators and viewers to explore new stories and nuanced characters.

“There’s a great deal of leisure afforded you with television because you have these limited series which is more akin to reading a novel,” Mays said. “I think we need more stories like this.”

Whether it is reading a novel, appearing on stage or acting for the big screen, Mays has forged a very impressive career. Not only is his eerie performance as Hodel one of the show’s best parts, his frightening villainy elevating the noir’s thrills, but it’s yet another amazing role to add to his filmography.

A version of this article appeared in the Monday, Feb. 4, 2019, print edition. Email Guru Ramanathan at [email protected]