‘I Am The Night’ Is A Few Steps Short of Success

TNT’s new neo-noir limited series is based off a fascinating true story, but isn’t the home run many hoped it would be in its first episode. 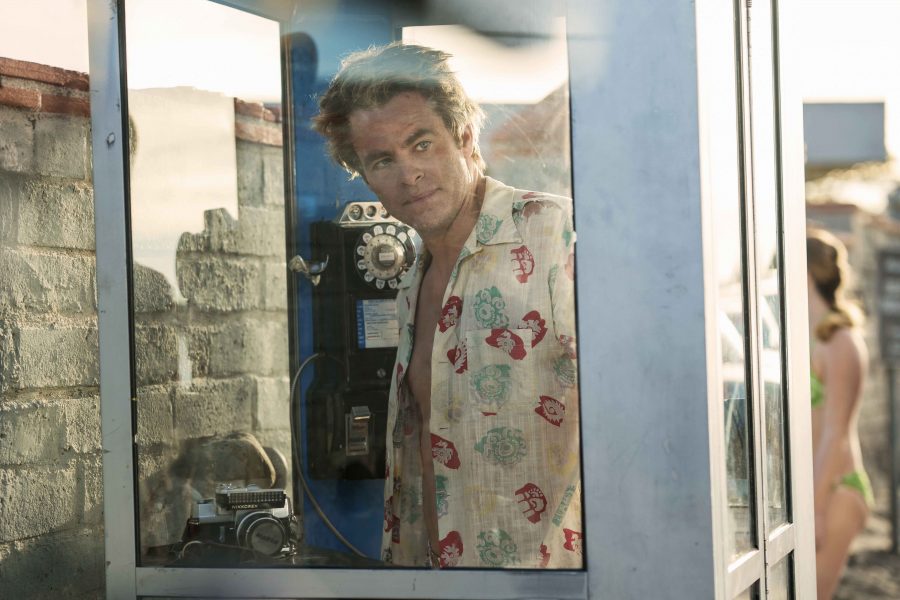 Chris Pine as reporter Jay Singletary in I AM THE NIGHT. Photo courtesy of TNT

Murder, mystery and conspiracies — all juicy elements that are necessary to concoct a pulpy noir. From film classics like “Double Indemnity” to contemporary series such as “Luther,” the genre has evolved but maintained its presence in the world of film and TV: everyone loves a good whodunit. That passion has now transferred over to “Wonder Woman” director Patty Jenkins, who executive produces and directs two episodes of TNT’s new limited series “I Am The Night.” Created by her husband and mystery author Sam Sheridan, the show boasts an impressive premise and talented cast only to fall short of intrigue and excitement because of lackluster pacing.

The series, set in 1965, is loosely based off the real life Black Dahlia murder and inspired by the autobiography of Fauna Hodel, “One Day She’ll Darken: The Mysterious Beginnings of Fauna Hodel.” India Eisley stars as Fauna, a white teenage girl living in Nevada who has grown up under a different name and believing she is biracial. When she discovers the existence of her birth mother and her real name, Fauna travels to Los Angeles to find more answers. She eventually crosses paths with war-veteran-turned-reporter Jay Singletary (Chris Pine) who is investigating a dangerous mystery of his own.

The pilot, directed by Jenkins, intercuts between Singletary’s troubles in Los Angeles and Fauna’s gradual discovery of her past. Gradual is a generous description — perhaps sluggish? It takes too long for Fauna’s discovery and decision to leave to happen. Her life, which is supposed to be the main plot, feels like a slow burn while Singletary’s reporting exploits are energetic and wonderfully haphazard. When combined, the overall viewing experience feels unbalanced — Singletary’s mystery seems endlessly more interesting than whatever Fauna will end up doing. Obviously it is only a matter of time before the two finally meet, but the pilot is a little disappointing in how it sets up its course of action.

Pine is undoubtedly the highlight of the show, playing the desperate Singletary with unhinged intensity and making his every move utterly unpredictable. One of the most memorable scenes from the pilot is when Pine masquerades as a doctor and sneaks into a morgue to take pictures for a story. When police arrive, he sneaks into an empty storage chamber. Suddenly, the absurd nature of his situation and the downward spiral of his life become too much for him and he breaks down … into laughter. It’s short and darkly funny yet tragic, but is one of the many critical moments in which Pine shows why he is so much more than a pretty face. Though he is always a lovely addition to any blockbuster, he has also spent the past few years turning to strong dramatic roles like “Hell or High Water” and “Z for Zachariah.”

Eisley portrays Fauna’s naivete well enough but there are still moments where she seems unsure of her next line or of the world that she is in. While Pine seems to slip effortlessly into Singletary’s chaos, there are scenes where Eisley seems to be forcing emotion any way she can. She has serviceable chemistry with Golden Brooks, who plays her foster mother, but any scene outside of those interactions falls flat.

“I Am The Night” still has the promise of a fun thriller, even if doesn’t get off to the best start, especially considering the talent involved. But the cliffhanger at the end of the episode is admittedly chilling, and hopefully the show lives up to its potential by the end of its six-episode run.

The first episode of “I Am The Night” premiered on TNT on Monday, Jan. 28.