San Francisco Sheds All Fur, New York City Might Be Next

San Francisco banned real fur, indicative of a trend of fur bans that may be coming to New York City as well. 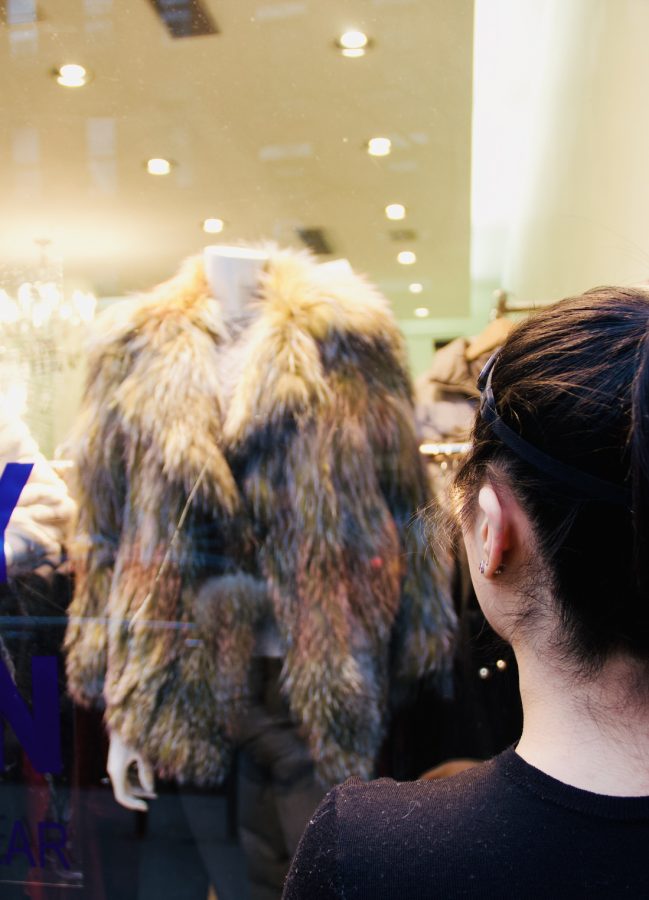 A fur coat in a SoHo clothing store window. (Photo by Jorene He)

You’ve seen the documentaries. Helpless animals with big eyes shivering in cramped cages with sad music echoing in the background. All for the purpose of making someone look beautiful. Cosmetic testing and fur are two of the main enemies, according to organizations like PETA.

In the last year, New York City was home to The Official Animal Rights March and the smaller marches focused specifically on the fur industry. Movements have gained traction recently all over the country against wearing real fur and more people support fur bans. San Francisco has become the largest city to enact such a ban, which went into effect Jan. 1.

“The sale of fur products in San Francisco is inconsistent with the City’s ethos of treating all living beings, humans and animals alike, with kindness,” the legislation reads.

The Board of Supervisors passed the ban last year, and it established fines for businesses that do not comply. The ban grants retailers the ability to sell their current stock of animal fur until 2020, but all new fur is strictly prohibited.

Animal rights groups and advocates applauded the decision to consider the welfare of animals. Wayne Hsiung, the co-founder of Direct Action Everywhere, a nonviolent animal rights organization, hailed the ban as monumental.

“This historic act will usher in a new wave of animal rights legislation across the globe,” Hsiung said in a statement.

The ripple effect may not be too far from Washington Square Park. Fur ban supporters have proposed legislation to City Council to stop the production and sale of fur in New York City, and Manhattan’s once glorious fur district has become a ghost of what it once was.

Devin Lee, a CAS junior, sees the appeal of real fur and thinks that the look will never stop being popular.

“I’m someone who is really really interested in fashion,” she said. “I think fur products look beautiful. I think they have a lot of vintage glamour to them.”

Despite that, Lee said that she can see both sides of the debate, though, and ultimately, she cannot approve of sacrificing animals for fashion.

“As someone who loves animals and cares about animal rights, I have a lot of ethical qualms with people wearing fur that is obtained from animals in incredibly painful, inhumane ways. I think that today, with the technology that we have to create synthetic fur, there is absolutely no reason why anyone needs to be wearing real fur anymore.”

However, not everyone thinks that fur bans are a positive step forward for cities. Many people, especially those who sell and produce fur, disagree with the legislation because it will hurt small businesses. LS sophomore Andres Pena worries that the bans will lead to the unregulated killing of animals for fur to sell illegally.

“I do not think wearing furs is wrong,” Pena said. “We have worn furs for nearly all of our existence as a way for us to survive. Of course, a reason like that seems mundane now, but the point here is that nature adapts.”

A version of this article appears in the Monday, Jan. 28, 2019, print edition. Email Faith Marnecheck at [email protected]