‘Network’ Is a Genius Adaptation of the Film

This new play featuring Breaking Bad star Bryan Cranston hopes to find the same success it had on the West End on Broadway. 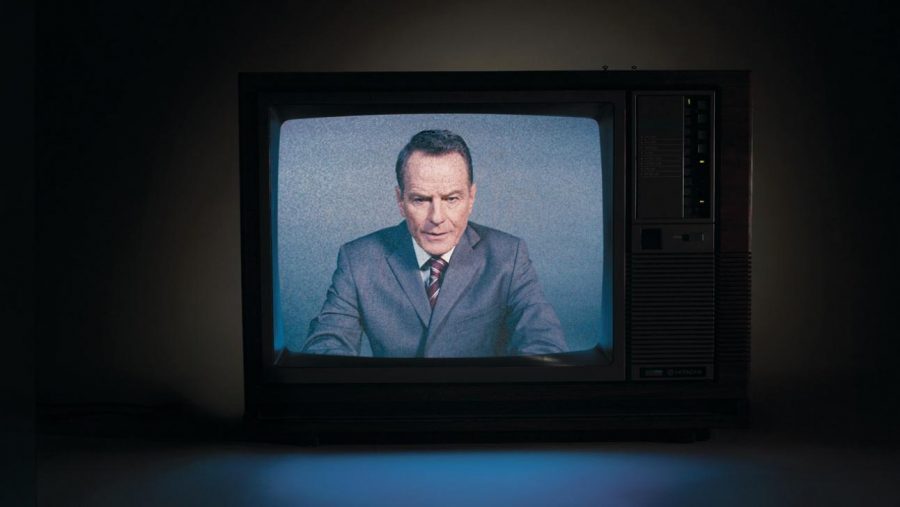 Bryan Cranston in "Network," an adaptation of the 1976 film. (Courtesy of the National Theatre)

Based on the 1976 movie of the same name, “Network” is just as relevant now as it was back then. This new production is a brash, gut-punching satire on network news as well as the blurred lines of reality that come with troubling times.

“Network” follows the TV station UBS as its lead anchor, Howard Beale, is laid off. In his last appearances on his show, he delves into rants about the state of the world that are obscene yet profoundly true. This ends up boosting ratings, and as a result, UBS keeps Beale on the staff. What ensues is a chaotic representation of what happens when the news becomes uncensored and opinions are free to fly.

Director Ivo Van Hove is known for his unique and experimental takes on the works of Arthur Miller and many other classic playwrights. His adaptation of “Network” deserves every praise possible. The task of adapting a film that is hailed by many as a classic is always tricky, but Lee Hall and Van Hove do it with grace and confidence. The reimagining of the legendary “mad as hell” scene is immensely captivating and seems almost more tailored for this contemporary audience than that of the film.

The stage of the Belasco Theater has been completely transformed for this production. Screens have been put up all around and the stage is set exactly like that of a real newsroom. This set is as integral to the show as the actors and the audience. The constant camera lenses pointing at the actors and projecting them onto every single screen fuels the feeling of constant invasion and the blurring of what is real and what is fake. Few moments on stage are not blasted onto these screens, even seemingly private moments, showing that in this world, no one is safe from prying eyes.

Bryan Cranston, who many know as the star of “Breaking Bad,” is a tour de force as Howard Beale. He takes command of every scene he is in and demands that you hear him and pay attention to his every move. His dual portrayal of a man on the verge of madness and a screen personality is larger than life and is perfectly performed. Cranston demonstrates an in-depth knowledge of what his character wants to say and how he wants to say it. This understanding of the role makes his performance the most noteworthy of all those in the powerhouse cast.

“Network” was a film that tapped into the anger of a generation and gave them something to latch onto and relate to. The same emotions that ran high when the film was made exist today on an even higher level. This production realizes this and uses it to its advantage by changing very little .

“Network” is definitely a show to keep an eye on at the Tony Awards this year. From the performances to the genius adaptation of the source material, it is a significant piece of theatre that offers so much to those who are still “mad as hell, and not going to take it anymore.”

A version of this article appeared in the Monday, Dec. 3 print edition. Email Kaylee DeFreitas at [email protected]