Only two films in and the ‘Fantastic Beasts’ series is already starting to spiral downward. 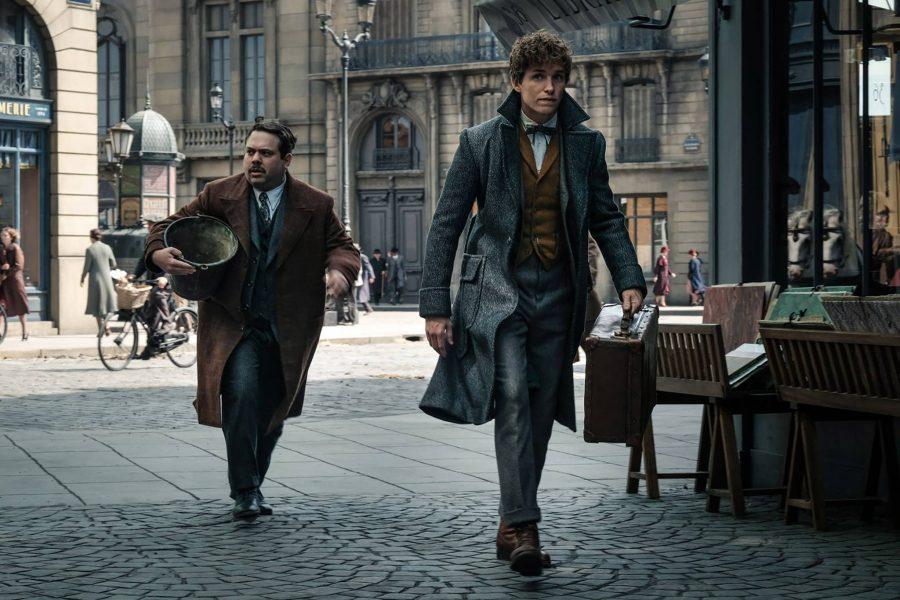 Dan Fogler and Eddie Redmayne in a still from "The Crimes of Grindelwald," the disappointing sequel to "Fantastic Beasts." (via Facebook.com)

From the opening credits of “Fantastic Beasts: The Crimes of Grindelwald,” the film tries to make its fans think it’s just another special chapter in a shared universe of movies — the magic of “Harry Potter” living on and thriving. Unfortunately, “The Crimes of Grindelwald,” a visually stunning film with very little substance beneath its flashy exterior, does absolutely nothing to prove that the series universe is worthy of becoming a powerhouse on the level of the Marvel Cinematic Universe.

For director David Yates and the studio, it would seem the most important goal of this new series is to deliver in visuals, and stunning special effects ensure that the world of magic has never looked more beautiful. Multiple featured locales offer a welcome sense of scale and adventure that is bolstered by competent cinematography. Yet, it’s also strange that the movie has a muted color palette of primarily grays, blacks and greens. It establishes a more serious tone for the movie and allows for the effects to pop on the screen, but that darkness feels at odds with the concept of the franchise. “Fantastic Beasts” is inherently whimsical — especially compared to the latter half of the “Harry Potter” franchise — yet “The Crimes of Grindelwald” borders on taking itself too seriously.

The plot of “The Crimes of Grindelwald” is riddled with cracks. At its core, the film finds Newt Scamander (Eddie Redmayne) and his friends helping a young Albus Dumbledore (Jude Law) thwart the villainous Grindelwald (Johnny Depp) from raising pureblood wizards to rule over non-magical beings. But the film flippantly disregards all of the lasting consequences from the previous entry, such as the death of Credence Barebone (Ezra Miller) and Jacob Kowalski’s (Dan Fogler) amnesia. Within the span of a few throwaway lines to explain these backward steps, “The Crimes of Grindelwald” robs the previous film of its emotional punch.

The film suffers from a plodding narrative structure and weak character construction. It is stuffed to the brim with characters that seem fairly interesting on the surface, and yet many of them fail to serve any concrete purpose. The most egregious examples are those of Claudia Kim’s Nagini, a dangerous woman cursed to switch between human and snake form (Nagini later becomes Lord Voldemort’s pet snake) and Callum Turner’s Theseus Scamander, the law-abiding brother of Newt. Both of these characters are woefully underdeveloped and contribute virtually nothing to the plot besides being involved with other characters — or in Nagini’s case, just being an extension of the “Harry Potter” franchise.

The characters which the film does spend time on — Newt, Tina, Jacob and Queenie — don’t fare much better. Each of their arcs almost entirely focuses on their romantic entanglements with one another, something that feels incredibly dissonant when partnered with a storyline about a political extremist rallying supporters and committing criminal acts. Fogler steals the show once again with his comedic performance, a necessary breath of energy into a film that often feels like it’s just going through the motions. The oddest part of the handling of the central characters is the depiction of Newt, who suffers from a lack of depth and screen presence. For being the technical protagonist of the “Fantastic Beasts” franchise, Newt feels extremely inconsequential to the greater narrative at hand.

The film just barely manages to justify its existence or that of the series as a whole. To say the least, it’s alarming that a franchise planned to span five films is already running out of substance. The film isn’t outright terrible, but it clearly lacks the ambition to capitalize on its own potential. “The Crimes of Grindelwald” is something of a beast unto itself, at once attempting far too much while somehow accomplishing very little.

A version of this article appeared in the Monday, Nov. 19 print edition. Email Ethan Zack at [email protected]