Five Anime to Watch and One to Sit In on

With a slew of new anime releases on the horizon, WSN has the picks of what to watch and what to avoid this fall. 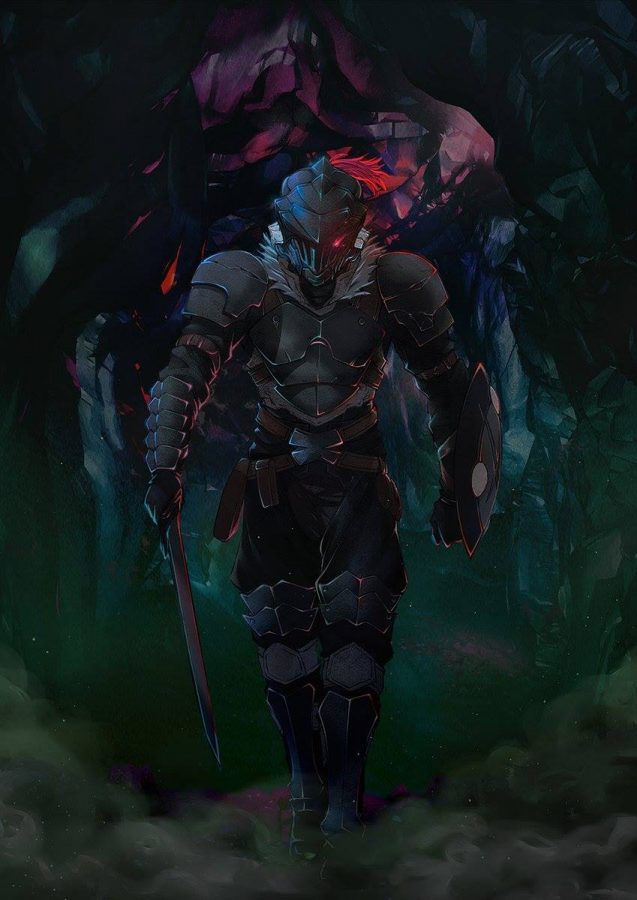 Goblin Slayer, a character from the namesake Japanese series. (via facebook.com)

The fall anime season is just getting started and as always it can be overwhelming deciding what to binge while balancing schoolwork and other activities. But this season has a roster so diverse, it’s safe to say there’s something to cater to everyone’s tastes

Studio Trigger, one of Japan’s most renowned animation studios, does not disappoint with its latest offering, “SSSS. Gridman.” It has large-scale mechanized action featuring a Voltron-esque robot supported by three high schoolers. Gridman takes on giant monsters called “kaiju” reminiscent of Godzilla and Mothra. Its premise is not wholly original, but the bizarre side characters (a stuttering samurai in a business suit who transforms into a sword, for instance) will keep you invested. And, in classic Studio Trigger style, every frame of the animation is jaw-dropping and the thrilling action scenes look as smooth as water.

If giant robots and monsters sounds like a bit much, then look no further than “Run with the Wind.” It’s a story about nine young men who all end up in the same apartment complex looking for cheap rent and free food. They unwittingly join their university’s once-defunct track team as part of dedicated athlete Haiji’s plan. This grounded, sports anime features a spirit of camaraderie, exploring resonant themes of friendship and the struggles of collegiate life. The writing for the characters is great, making them all extremely enjoyable to bounce off each other and the dedication of Captain Haiji is especially infectious.

Opposite this sports drama is “Rascal Does Not Dream of Bunny Girl Senpai.” The odd title initially turned me away but the show has been making waves in the anime community. The series is a romance that follows a high school social pariah who befriends an exhausted actress who has been managed by her mother since birth. She finds that she’s becoming invisible to the naked eye and only our protagonist can see her. The show is surprisingly enjoyable, and more than anything, the story is a treatise on the struggles of adolescence. If you enjoyed the film “Your Name,” you’ll like this.

“Skull-face Bookseller Honda-san” is about a paranoid skeleton who works at a comic book store fulfilling ridiculous requests. To put it simply, it’s hilarious. The show has a limited art style and shorter runtime than most anime, clocking in at only 11 minutes per episode. In a lot of ways, it reminds me of goofy Adult Swim originals like “Space Ghost Coast to Coast,” mixed with a dose of slice-of-life storytelling. The creator was once a bookseller himself and makes the struggle of working in the service industry palpable and all too relatable.

There are two major fantasy anime out this season, the first being the rather overrated “Goblin Slayer.” The eponymous hero is a knight with a bitter grudge against low-level goblins, vicious creatures in their own right. Together with a human priestess, a dwarf, an elf and a lizard man, the party hunts down goblins. There’s a high production value, but the story is made up of rehashed tropes of the fantasy genre and the series is rife with gratuitous violence. “Goblin Slayer” also comes with a content warning for its darker scenes.

In the meantime, take a look at “That Time I Got Reincarnated as a Slime.” A hopelessly boring 37-year-old man is fatally wounded in a petty mugging and is reincarnated as an all-powerful blob in a world reminiscent of a role-playing game. This series is consistently funny as the slime easily overpowers his beastly foes, befriends a bashful yet godlike dragon and brings joy to the suffering masses of his new home. The writers always find clever ways to get their limbless protagonist out of sticky situations. If nothing else catches your eye, “Slime” is sure to entertain.

While there are countless more options, these are the anime to be watching right now. With the exception of “Goblin Slayer,” the other series go beyond their stunning animation by subverting familiar tropes and revamping the way we enjoy anime traditions. Who knows, maybe the next trope to be imitated for the next 50 years will be about heroic slime blobs.