Based on a true story, the Oscar hopeful is one of two dramas this year that focuses on gay conversion therapy. 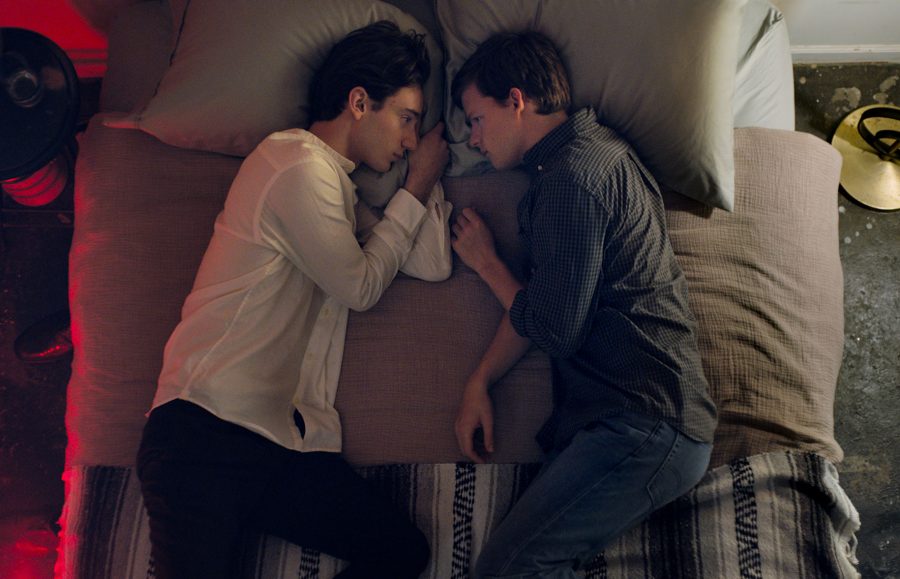 While on the phone with his father, Marshall (Russell Crowe), Jared (Lucas Hedges) says, “You didn’t tell me how long I would be here.” Jared is talking about his first day at a gay conversion therapy program that he was sent to by his religiously devout parents. The sense of timelessness and days melting one into the other adds to a feeling of hopeless isolation. This is one of many scenes that build on the intensity of Joel Edgerton’s “Boy Erased,” which can at times be so emotionally taxing, that it’s difficult to watch.

Directed by and starring Edgerton, “Boy Erased” is based on the memoir of the same name by Garrard Conley. The film follows Jared’s time in a gay conversion program called Love in Action. At first, Jared accepts the therapy.But as the veil slips, he begins to realize the program for what it is, and the harsh realities come to light.

“Boy Erased” is a stylized and slow-burn film that for some may drag, yet it’s the pacing that makes Jared’s ordeal so explicitly miserable. The flashbacks Edgerton uses are not just exposition. But are rather well thought-out and positioned to further the story and heighten emotions in scenes that require more context.

The film employs a muted color palette, giving it a feeling of lifelessness and angst. It aids Edgerton’s goal to create a world that seems devoid of brightness in order to underscore the gravity of Jared’s situation. The colors are as dull as his life feels.

Jared’s parents, played by Nicole Kidman and Crowe, could have easily been conservative caricatures but instead bring emotional depth that reveals them as flawed humans, not monsters. Kidman’s journey in the film as a mother struggling to find her footing and make her own decisions to protect her son is moving. Many of the mother-son scenes are touching, offering an antidotal and necessary tenderness to the film’s political undertones.

Hedges has been a rising star in Hollywood for the past few years, receiving an Academy Award nomination for “Manchester by the Sea.” His performance in “Boy Erased” is yet another dramatic feat under his belt. There is an internal struggle that the audience constantly sees through the subtle choices Hedges makes. We are drawn into his head, seeing how he is cornered emotionally and spiritually, and conflicted by the expectations put before him by his upbringing and his desire to live honestly. Hedges’ portrayal is honest, and in his moments of intense, severe emotion, he shines and proves why he is such a sought-after actor.

Sometimes Edgerton seems hesitant to dig deeper into the characters’ lives, wanting to protect the image of the film’s real-life counterparts. While religion plays an important role, it is never profoundly explored what exactly faith means to the parents or to Jared himself. They obviously delve into it, but not enough — doing so would’ve definitely benefited the film.

“Boy Erased” features truly outstanding performances and is exceptionally honest in the way it portrays the harrowing realities of gay conversion therapy. However, the lack of depth in the more personal aspects of its characters prevents the film from reaching its full potential.

A version of this article appeared in the Monday, Nov. 5 print edition. Email Kaylee DeFreitas at [email protected]