Music Taste Could Score You a Match on Tinder

How picking the perfect Anthem could determine who swipes right and who swipes left. 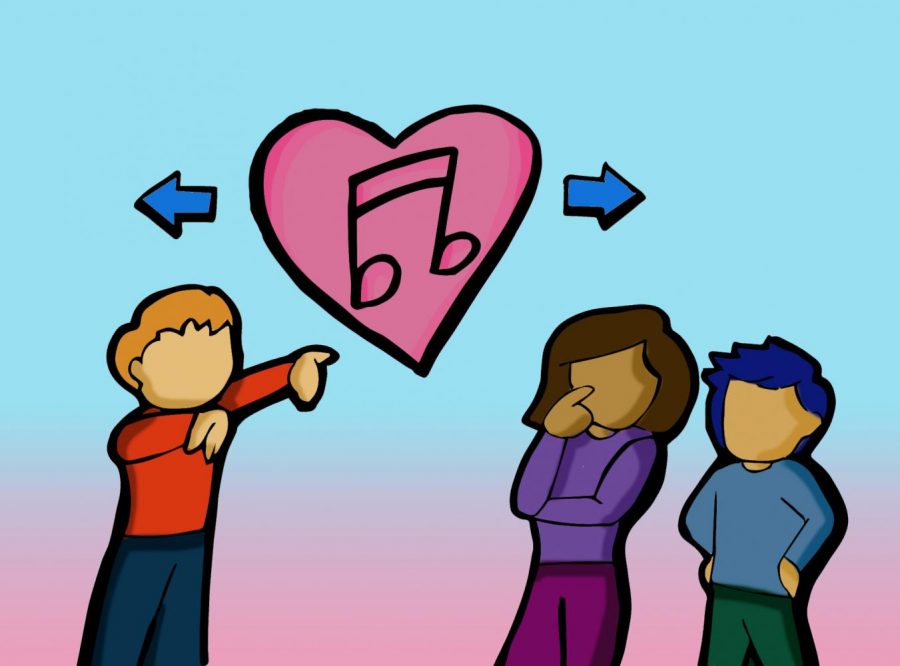 For those who spend their days swiping through Tinder stacks, the smallest details in a profile have the potential to make or break a match. An often overlooked but nonetheless vital feature is the Tinder Anthem, a song linked to the user’s profile,  which has the ability to elevate a like to a superlike.

“I like it, especially the fact that you can play a bit of the song,” CAS first-year Diego Martinez said. “Instead of having to look it up, they can just tap it and see what you’re into.”

Others, like Gallatin first-year Katherine Shin, are skeptical of the relevancy of the feature, but can’t deny its effect on her judgement of potential matches.

“I do find it a little bit ridiculous, but I also can’t lie and say I [don’t] judge them based on their Anthem sometimes,” Shin said. “If they have certain artists, I’ll swipe [right] on them.”

Shin explained that Anthems usually only changed her perception of another person in a positive manner, if at all.

“The Tinder Anthem has never kept me from swiping right, it’s only encouraged me to swipe right,” Shin said.

Stern first-year Charles Chang said he does not place too much emphasis on another person’s Anthem, but considers it a positive if someone’s musical interests line up with his.

“If it’s a song I like, it’s a nice conversation opener,” Chang said.

Shin spoke about the issue of people being disingenuous with their Tinder profile. She questioned whether people pick an Anthem that truly represents their music taste.

Chang agreed that people extensively curate their profiles to be as appealing as possible, but, to him, that’s an unavoidable characteristic of dating services.

“We create the best version of ourselves and that’s not exactly bad, it’s [just] what we choose to show people,” Chang said.

Conversely, Martinez finds Anthems to be a refreshing move away from the pressure of creating the perfect Tinder profile. He thinks it’s a surprisingly effective method of representing users’ true natures.

“[For] pictures, I would usually pick certain ones that I feel would appeal to people, but with music, it’s just me,” Martinez said. “That’s what I like and I don’t feel like I need to pick certain songs to impress people. I just picked a song that makes me feel something every time I listen to it no matter how many times I do.”

A version of this article appeared in the Monday, Oct. 29 print edition. Email Ethan Zack at [email protected]