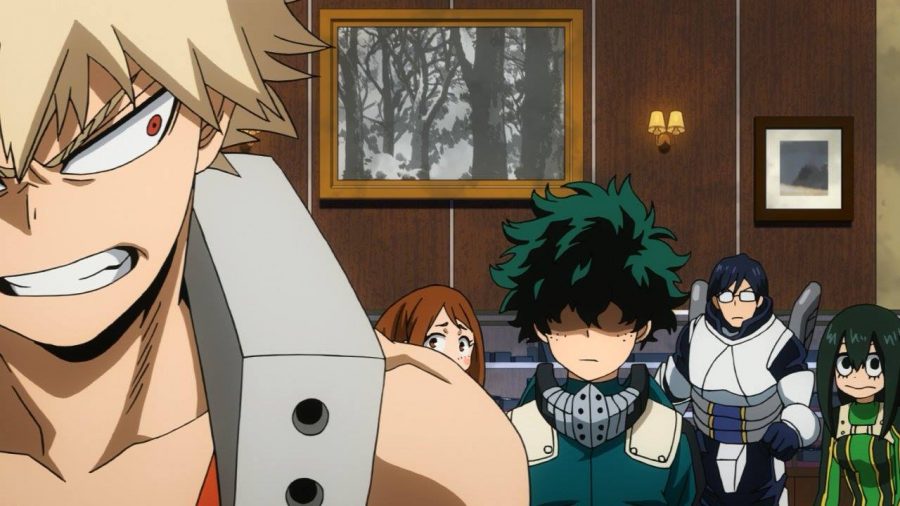 A still from season 3 of "My Hero Academia." (via facebook.com)

With the completion of its third season and a film under its belt, the popular anime “My Hero Academia,” adapted from the superhero manga of the same name, has more than come into its own, taking U.A. High School’s motto — “plus ultra,” or further beyond — to heart and exceeding expectations.

The world of “My Hero Academia” is one of superheroes and villains, where most people are born with superpowers, known on the show as quirks, that range from elemental powers to hyperintelligence. Aspiring hero Izuku Midoriya is born Quirkless, but when his selflessness and heart catch the attention of his idol, the super strong hero All Might, Izuku inherits his Quirk. Learning to control the generations-old power, called One For All, Izuku trains at Japan’s most prestigious superhero high school in order to realize his dream.

As its premise suggests, “My Hero Academia” is big on action, and the animation does not disappoint. If you’re looking for rippling, sinewy fistfights then you will be more than satisfied. However, where this anime truly impresses is in its expectation-defying, consistently fresh writing. When Izuku’s –– literally –– explosive rival, Bakugo, is kidnapped by villains, it seems apparent that he will join up with them in his insatiable quest for violent victory. But just as Izuku admires All Might for his altruistic heroism, Bakugo admires the top hero for his righteous invincibility. Their motivations and paths are different, but their end goals are the same. “My Hero Academia” never opts for the easy twist. Instead, it takes care to define its young characters’ core beliefs and put them to the test.

The show may be an anime about incredible superheroes taking on fantastical supervillains, but creator Kohei Horikoshi’s story has more in common, thematically, with heartfelt gems of the modern age of superhero media. Marvel’s “Guardians of the Galaxy,” for example, is as much about kicking ass and taking names as it is about unlikely friends coming together and supporting one another as a family.

If the first season was about getting to know and love Izuku and his classmates, and the second season was setting the stage for mounting danger, then the third season is the ultimate payoff. Each student’s reason for becoming a hero is called into question in the face of real threats. Much like in the real world, coming of age is about deciding what kind of person you want to be and how that choice will inform your actions. This is wonderfully realized by the world of “My Hero Academia,” where each student’s success is distinct to them by way of their Quirks. As each one is essentially unique to its user, they are all quite limited in some way. Few are born with heroic capabilities. They must find a way to become capable of heroism in their own way, often working together.

“My Hero Academia” features heavy action scenes as All Might takes down terrifying foes and fun diversions as Izuku and his classmates compete for the best decorated dorm room. It would be nice to see lesser subplots and characters come to the fore. Izuku’s oft-ignored mother is waved away by the writers within minutes of expressing legitimate concern for her son’s safety and Ochaco, one of the series’ main protagonists, has been sufficiently reduced to Izuku’s distant love interest, embarrassed by her feelings. However, if this season is any indication, then I trust the next will surpass my hopes yet again and go “plus ultra” — further beyond.