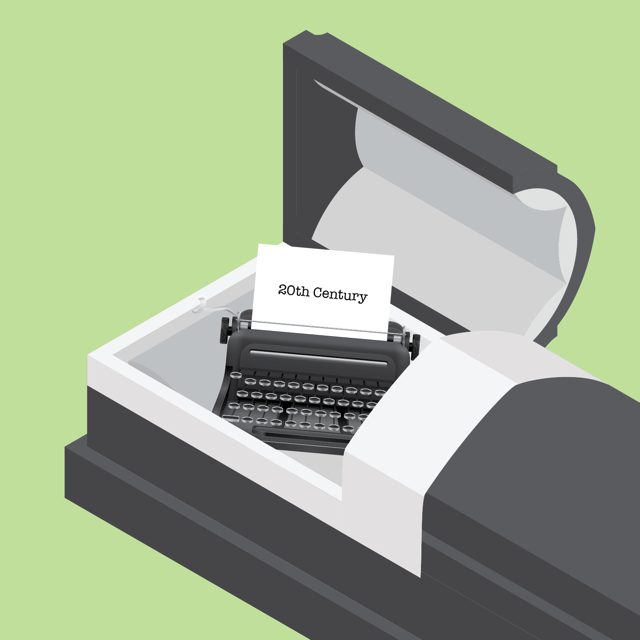 Ernest Hemingway. F. Scott Fitzgerald. Virginia Woolf. Philip Roth. Vladimir Nabokov. Undeniably, the 20th century birthed some of the greatest wordsmiths to sit in front of a typewriter. From “The Great Gatsby” to “The Sun Also Rises,” their novels continue to dominate the literary landscape. Despite the cultural prevalence of these authors, there’s always someone who thinks Hemingway couldn’t string two words together or that reading James Joyce is like being hit over the head with a 700 page book. Sometimes, it’s the less prominent authors that deserve the credit. This is Unpopular Opinions: 20th Century Authors.

Charles Bukowski has attained a remarkable cult following since his relatively obscure fame during the ’70s, ’80s and ’90s. He occupies a niche genre among readers that has persisted even into the current generation of students. Still, he isn’t as widely known as the aforementioned authors and his work is often discredited as misogynistic, uninspired and plain. I was introduced to Bukowski after reading “Ham On Rye,” the only novel of his that my high school library carried. He used the pen name Hank Chinaski, as he did in all of his work, to write an unflinching, semi-autobiographical tale of childhood. It was here that my love affair with Bukowski began. I admire him for his straightforward approach. He didn’t need to use ornate diction to convey the simple emotions that underlie ordinary life. It was in his natural and honest tellings that I felt the tragedy, humor, pity and romance of his soul. Bukowski only published his first novel, “Post Office,” at the age of 51, but his whole existence is chronicled in a prolific ouvre of poetry and prose that preceded his minor success. Drowning in booze, women and apathy, Bukowski’s work depicted a lonely life, but it was a life he was content with. His stories don’t have a narrative or any character development — breaking the rules of fiction — but they manage to contemplate the nature of love, desire, hopelessness and failure, all in a setting of regularity. Bukowski was more than an underappreciated author — he was a philosopher hidden behind his own despair.

Of all the 20th century authors I read — and didn’t — in high school, William Golding stood out to me for a number of reasons. There was this strange psychology behind his works, depicting humans as primitive and reverting back to savagery, most notably seen in his magnum opus “Lord of the Flies.” He was a theologian in disguise, reworking themes and allegories from the Bible in order to paint the story of the fated sailor in “Pincher Martin.” Golding’s works entirely explore man’s mental limitations and connection to the greater world, and I believe his works are entirely underrated.

If I asked who the horror king of the ’90s was, you’d probably say Stephen King because of the popularity of “It” and “The Shining.” But if King is, well, the king of horror, then the prince would be author R.L. Stine, who grew to popularity late into the 20th century with his hit children’s series “Goosebumps.” Though they were marketed to children, “Goosebumps” is a terrifying series that simultaneously creeps out audiences of all ages but opens up their fantastical imagination all the same — much like the effect of King’s novels. “Goosebumps” is surprisingly timeless in its appeal and Stine’s writing is not watered down or basic — it’s accessible and fun for young readers and are still nostalgic reads at a college age. It perhaps does not carry the prestigious literary quality or credence of King, but “Goosebumps,” and other series like “Fear Street” and “Mostly Ghostly” are the horror series that defined a generation of readers. Stine should be appreciated for consistently producing ingenious concepts and mind blowing twists at the end of every book.

You may be wondering why, after that introduction touting Hemingway as one of the eminent authors of the 20th century, I am choosing to write about him. It seems that in all his decades of praise and being hailed as brilliant by those on the literary scene, poor Hemingway has also secured a following of readers fed up with his work. For decades now, admitting to liking the author has been the equivalent of donning a scarlet “A,” often requiring some sort of defense. Hemingway is known for his direct, concise prose that doesn’t shroud itself in metaphors and flowery adjectives. William Faulkner said of him, “He has never been known to use a word that might send a reader to the dictionary.” I can’t argue with Faulkner there, but in Hemingway’s choice of style, there’s a literary courage to lay bare every feeling and detail on the page. His writing is tough and forces the reader to face the brutal nature of reality, instead of escaping it through false fantasies. The sentiment I hold on Hemingway is like that of the one I hold on Bukowski. His prose is simple, but unrelenting. It invigorates the reader with both fear and understanding of the themes that occupy his work — war, violence, sorrow, love. Hemingway was a difficult man and the subjects of his novels are just as difficult. But beyond his shattered persona, there is pure beauty.

I adored my first year Liberal Studies writing class for a number of reasons, and one of them is that my professor introduced me to Joan Didion. Admittedly more of a journalist than an author, Didion is certainly underrated and has a unique literary gift for combining nonfiction and memoir into enthralling essays that deserves more recognition. In class, we read her essay “Goodbye to All That,” in which Didion reflects on living in New York, and I was immediately obsessed. She crafts her writing with candor, finesse and humor unlike any other writer I’ve read. In “The White Album,” a compilation of essays written by Didion throughout the 1960s and ‘70s, she paints a picture of California through her eyes, rich with detail on celebrities, oddities and mysteries defining the decade. Joan Didion writes about her surroundings and herself with such frankness and precision, reading one of her essays feels like she’s a friend telling you a story. And she’s just about the coolest friend you have.

When it comes to fiction, there’s a persistent notion of the superiority of so-called “literary” over “genre” work. A book that would be categorized as mystery, sci-fi, fantasy, romance, or horror is seen as inherently less worthy of serious appraisal than, for example, a realist family drama. But genre fiction can provide just as much insight into the human condition as more “serious” work. Stephen King strikes me as a writer whose reputation in the literary world has suffered because of this false dichotomy. Just because he’s a consistent bestseller with a high output — his more than 60 books have sold over 350 million copies since his debut, “Carrie,” was published in 1974 — who writes mostly within the genre of horror doesn’t automatically mean that his work is of low quality. That’s also not to say that everything King has published has been memorable — don’t tell me you’ve never read “From a Buick 8!” — or even good. But so much of his writing is both deeply disturbing and deeply moving in a totally distinct and original way, while still being relatively accessible. It makes sense that so many of his novels and short stories, from “The Body” and “The Shawshank Redemption,” to “Misery” and “It,” have been translated with such great success to the big screen.

Yes, I am aware this author died before seeing the 20th century and yes, I know this opinion is not that unpopular, but I think the bisexual poet Emily Dickinson does not receive enough credit where credit is due. Plus, most of her work was not even published or seen until the 20th century due to the nature of her poetry and the fact that she was a woman. While a lot of Dickinson’s poetry was dark in its themes –– see “I heard a fly buzz” and “Because I could not stop for death” –– her love poems like “You left me” and “I hide myself within a flower” are some of the most heartbreaking and relatable words I’ve ever read. It is important to note that none of the poems mentioned were actually named by Dickinson. In fact, she did not properly title any of her poems, instead vouching for names like (591) and (479). She believed titles were simply customary and did not elevate a writer’s work. Anyways, in “You left me,” originally titled (713), Dickinson writes, “you left me boundaries of pain, capacious as the sea, between eternity and time, your consciousness and me.” The symbolism and syntax here is astounding, like, who hurt you, sis? Who sent you pain as endless as the universe itself? It seems as if it was not an individual who hurt Dickinson but rather a society that oppressed her. As documented in The New York Times and seen in “Wild Nights with Emily,” Dickinson was in fact bisexual and secretly involved with her sister-in-law, Susan Gilbert. Historians uncovered Susan’s name had been erased from of many of Dickinson’s love poems. As a literature major, if this doesn’t mess you up, I don’t know what could. Learning of her secret lover’s existence adds a whole other level of depth and heart to her work. She was not a cynical recluse but rather a woman living a lie, silenced by the expectations of a heteronormative, patriarchal society.