No Students Show Up for Hearing to Select New FAS Dean 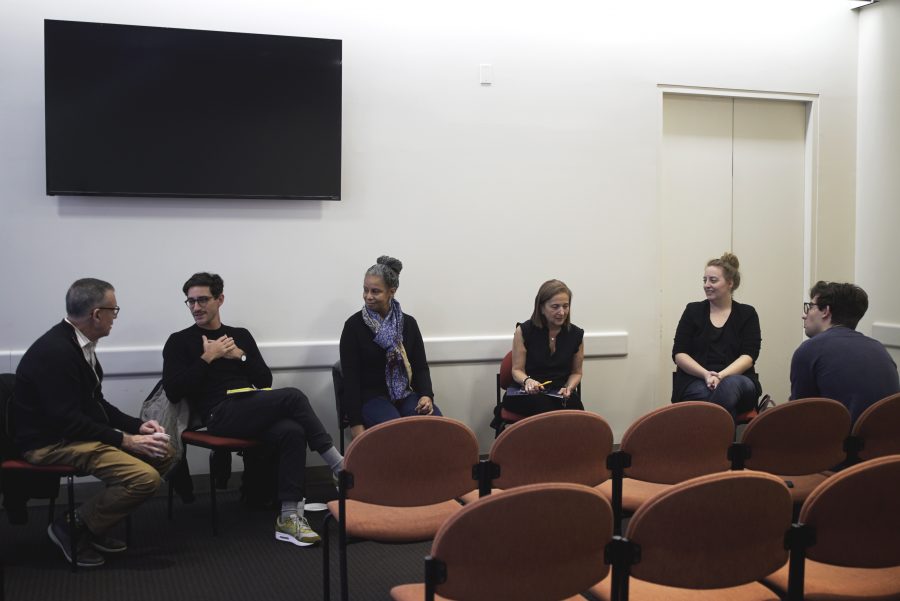 Only WSN's reporter joined the discussion at Wednesday’s Faculty of Arts and Science Dean Appointment Hearing. (Photo by Justin Park)

In a room of 50 seats, WSN’s writer and photographer were the only two people in attendance at Wednesday’s Faculty of Arts and Science Dean Appointment hearing. The event was part of a weeklong series of hearings that have thus far attracted only sparse attendance.

“We had close to zero turnout at our first open faculty session,” Administrative Aide in NYU’s President’s Office Emily Gadd told WSN. “However, the people who have showed up have given valuable insight.”

The FAS dean position opened after Thomas Carew stepped down from the position last spring. The FAS Dean Search Committee is made up of 20 faculty, administrators and student members. Biology Professor Gloria Coruzzi, head of the committee, told WSN the search has been open to accepting nominations since July.

“Our goal is for people to understand the process,” Coruzzi said. “We’re gathering input, and are using that to develop criteria for the candidates at hand. We are conducting our search so it is fair and unbiased, which will result in a pool of diverse candidates.”

Justin Lynn, a third-year Social and Cultural Analysis doctoral candidate and a student representative of the committee, said that while the position is not one that directly interacts with students, it is a role that immensely influences the student population.

“The role of dean of FAS is removed a little bit from students, because they are not having direct daily interactions with students,” he explained. “They are, of course, a guide to faculty who have endless influence on students.”

The committee is working with Isaacson Miller, a leadership recruiting company, headed by John Muckle. The company is responsible for the nomination and appointment of current university president Andrew Hamilton as well as Tandon Dean Jelena Kovačević.

Toward the end of its search, the committee will narrow down its pool of nominees to 10 candidates. After that pool is created, it will be withered even further to three to four candidates that will then get passed to Hamilton and other administrators for the final review and decision.

The committee will be holding one more open student session Thursday, Oct. 18 at 5 p.m. in Silver Room 405.

There will also be another opportunity for faculty to attend at 3:30 p.m. in Kimmel Room 909.