Tisch Alum Makes Her Debut With Hidden Gem ‘All About Nina’ 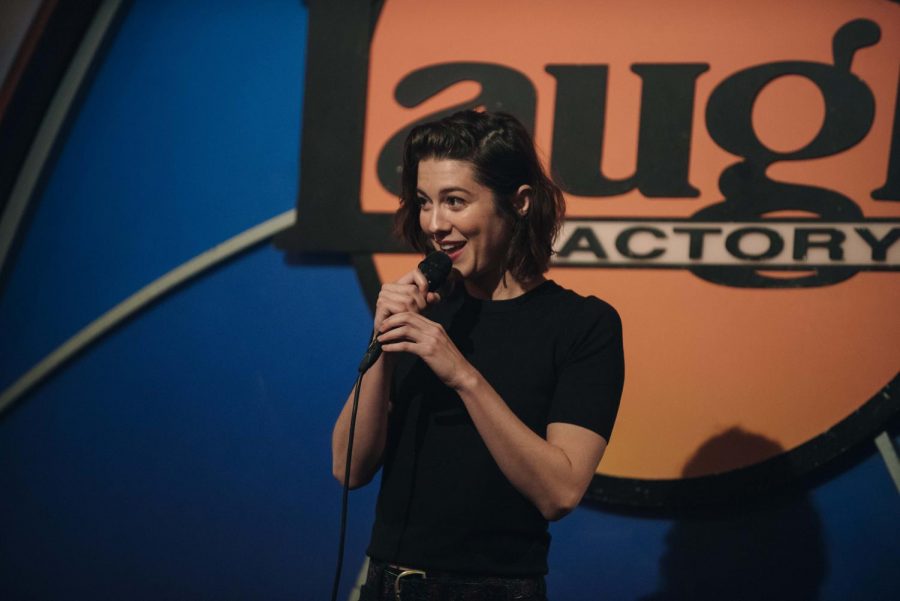 Via All About Nina

Though she has garnered critical acclaim in cult classics such as “Scott Pilgrim vs The World” and “10 Cloverfield Lane,” actress Mary Elizabeth Winstead has never entered mainstream popularity. In her new film “All About Nina,” written, produced and directed by Tisch alum Eva Vives, Winstead once again proves why she is one of this generation’s greatest actresses despite unfortunately flying under the radar.

Winstead stars as Nina Geld, a stand-up comedian living in New York who decides to leave her abusive boyfriend to audition for a comedy show in Los Angeles. While in LA, she strikes up a relationship with Rafe (rapper Common) but has difficulty dealing with a childhood trauma.

While Common and co-star Kate del Castillo comprise a solid supporting cast, Winstead’s magnetic performance is the driving force behind Vives’ powerful debut feature. The actress easily overcomes the greatest challenge of playing a comedian which is, put simply, being funny. Her comedic timing is impeccable and is especially memorable in a scene in which she has to do celebrity impressions. If a Celine Dion biopic ever comes to a fruition, Winstead should be the first choice.

But alongside the comedy, Winstead is flexing her dramatic and romantic chops as she navigates an enigmatic relationship with Rafe. While Common has become a serviceable actor in general (he has certainly grown since “Wanted”), his chemistry with Winstead is charming. However, there is always an underlying tension.

While the film encapsulates the highs and lows of trying to make it as a female comedian through Nina’s audition attempts, it also works as an in depth character study of how performers use comedy to deal with their personal issues on stage and in real life. Nina is an aggressive comic, on stage and off, but her abrasive nature is all a facade to hide a buried past. In the film’s opening scenes we see Nina rehearsing a joke wherein she recounts a real life incident with her boyfriend but changes the ending to make it playful — she simultaneously tackles the difficult events in her life while deflecting the pain. Winstead’s performance is so complex that it would take a few weeks in a Tisch course to merely crack the surface of her layered act.

Nina’s true past is revealed when, during a comedy set, she strays from her jokes and talks about her childhood. Not only do Winstead’s performance and Vives’ confident direction elevate the scene from being cheaply sentimental, it forces the audience to completely reevaluate the rest of the movie and all of Nina’s actions with Rafe and her roommate.

“All About Nina” has not garnered the level of awards buzz that it genuinely deserves. Vives writing and direction is so confident that this could easily be mistaken for her third or fourth feature. Winstead especially gives the most mature and layered performance of her career in a romantic dramedy that works as both a simple story of an artist trying to make it in their field and a deep dive into the psyche of a traumatized comedian.

“All About Nina” opened in New York Theaters on Friday, Sept. 28.