Friendship Is Everlasting in ‘The Last Suit’ 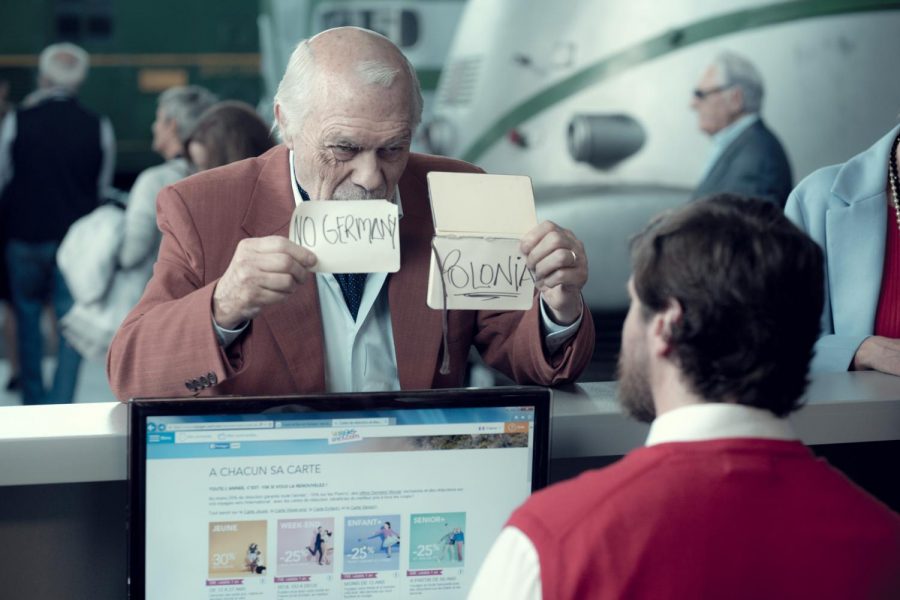 Still from the film "The Last Suit."

While extreme moments of romance or tragedy can jerk tears, well-developed friendships are often overlooked or taken for granted in movies. Whether it be the inspirational bond between Prince Albert and Lionel Logue in 2011 best picture winner “The King’s Speech” or the tenuous teamwork of Captain America and Iron Man in the Marvel Cinematic Universe, friendships are beautiful, and when nurtured over time they can be everlasting. Argentinian director Pablo Solarz writes and directs “The Last Suit” (“El último traje”), a film that combines the road trip and Holocaust subgenres to produce a completely otherworldly result that touches on raw themes of history, loss and immortal promises made between friends.

Abraham Bursztein (Miguel Ángel Solá) is an elderly Jewish tailor and Holocaust survivor living in Buenos Aires and is being forced into a retirement home by his family. Determined to fulfill a promise to an old friend, Piotrek, Abraham decides to journey to Poland to find the man that saved him from death at the end of World War II.

Solarz’s approach to “The Last Suit” is unconventional but authentic. Every step of Abraham’s journey is a pleasant surprise and brings about a heartfelt mix of comedy and drama. A critical aspect to road trip movies is the odd mix of characters the protagonist meets along the way that help or hinder their journey. It is easy for an amateurish director to lean into one of these extremes. Solarz plays with our expectations on how Abraham and outsiders react to one another, creating novel situations that are entertaining but ultimately speak to a more honorable side of human nature.

Intermixed with Abraham’s journey are flashbacks to give glimpses at how his friendship with Piotrek developed. Solarz uses these flashbacks sparingly and instead has auxiliary characters probe Abraham to explain most of what happened to him during the Holocaust. Although it becomes a repetitive narrative technique, the choice is still effective as it is clear how vividly the horrors of the Holocaust are stricken into Abraham’s memory and how immense the support from Piotrek was during that time.

Abraham is stubborn to a fault, even about how much he loves Piotrek. But with that stubbornness comes an adamant attachment to his perspective of history, both during the Holocaust and recent events with his family members. Throughout the film, Solarz constructs memorable and unrelenting scenes in which either Abraham is forced to confront some of his flawed perceptions of history or he teaches others on where they have gone wrong.

“The Last Suit” is further elevated by Solá’s magnetic performance. The veteran Argentinian actor is a delight to watch, providing the necessary levity and nuance that helps to string together the different genres that Solarz is attempting to subvert. Solá is surrounded by an array of exemplary supporting actors. The cast makes a good impression because of its acting ability, but on the page most of the characters are conveniently placed with Abraham so that the audience can learn more about his mission.

While “The Last Suit” is unafraid to test Abraham to his absolute last breath, it ultimately earns its happy ending without  feeling conventional. Solarz’s film is a celebration of friendship and a foray into a harrowing chapter of history that should never be forgotten.