When trans people transition, their voices often don't. NYU researchers are looking into how to change that. 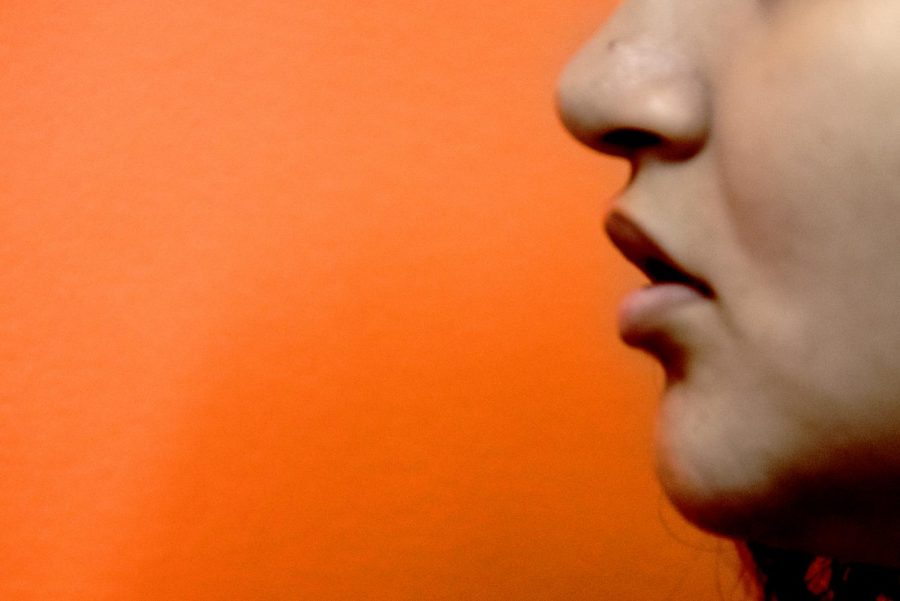 A recent study analyzed biofeedback as a form of voice therapy for transgender women.

As a child, Micah Prussack used to sing all the time. Her passion died after she transitioned.

“I went out for karaoke night once with my friends and I realized for the first time … I can’t sing anymore. It’s really the moment when my voice no longer matches my body. Hormones didn’t change that.”

Prussack, a 2018 Gallatin alumna, values her voice as an essential part of her identity. Not being comfortable with her voice during her transition was a main source of anxiety.

“In the beginning and middle of my transition, I never wanted to speak,” Prussack said. “I was a very talkative person before, and I kept asking myself, do I really have to sacrifice the essential nature of my being to also be myself?”

This sort of disembodiment was one of the motivations for Deanna Kawitzky, alumna of Steinhardt’s Ph.D. program in Communication Sciences and Disorders and lead author of a study that explored how trans women could reach a more authentic voice.

Kawitzky collaborated with NYU Linguistics Professor Tara McAllister during her master’s program in Steinhardt’s Department of Communicative Sciences and Disorders. The study began in fall 2013 and finished in summer 2016. The research, published in the latest issue of the Journal of Voice, aimed to find a viable technique to help trans women get their vocal resonant quality to be perceived as more feminine.

Kawitzky worked at The NYU Speech-Language-Hearing clinic, where she spent time with trans students seeking voice modification therapy. While trans individuals have some options to change the way they present their gender, such as hormone therapy or surgery, there is little they can do to change how they sound.

“I remember one of my clients I had worked with, she was devastated, answering the phone and having someone call her sir,” Kawitzky said. “I think that when we’re thinking about our identity, our voices come so much into play — just talking on the phone, disembodied from how you look — your voice is standing alone.”

Changing a person’s voice is an internal process — and it can be hard to visualize. So the researchers first created a visual representation of the subjects’ speech patterns through a computer process called biofeedback. Hooked up to a monitor, their normal speech was displayed as a blue wave. Their goal frequency was displayed as a red wave. The experiment asked the subjects to match the two lines, training their voices to reach a higher frequency.

NYU community members, including trans women and cis men, constituted a majority of participants. The decision to research trans women over trans men stems not only from the anatomical differences between female and male voices, but also from the fact that it’s much harder to transition from male to female vocal resonance than the reverse. If an individual chooses to use hormone therapy, they can expect their voices to deepen in pitch, whereas achieving the opposite effect for trans women is more difficult. The results of the study, however, were optimistic for the use of biofeedback in both trans men and women. The research, however, did not look into treatment options for trans and gender non-conforming people who might seek out help with a vocal change that utilizes the method of biofeedback. Kawitzky says that with the positive results they achieved, it seems like a viable option in the future if others decide to build on their research.

“The study that we did wasn’t looking at treatment advocacy, we didn’t test for treatment at all,” Kawitzky said. “It was really more of a preliminary study to see if biofeedback could be used as a tool for treatment. We’re hoping that our study, at some point, gets used to develop a protocol.”

Steinhardt senior Blair Perry, a trans woman who is the leader of T-party, a club for trans, nonbinary and gender-nonconforming students and their allies at NYU, thinks the research is important for the trans community as a whole.

“I still have that holdover from quieting myself to avoid getting clocked,” Perry said in an interview with WSN. “It makes me more introverted than I normally would be.”

Perry, however, can see how the research could reinforce common stereotypes and believes that voice therapy shouldn’t be necessary for a trans person to exist and feel comfortable in society.

“I think a lot of cases for the girls who’ve gone through speech therapy, they’re asked to speak in a stereotypical [feminine] voice, which can be really straining,” Perry said. “Trans people shouldn’t have to go through speech therapy in addition to everything else they do…I wish there could be more stuff to normalize trans voices and accept our community as a whole.”

“From a queer theory perspective, I think it’s bullsh-t that we would invest money and technology to make trans people more [cisnormative],” Prussack said.