How Freedom of Information Could Look at NYU 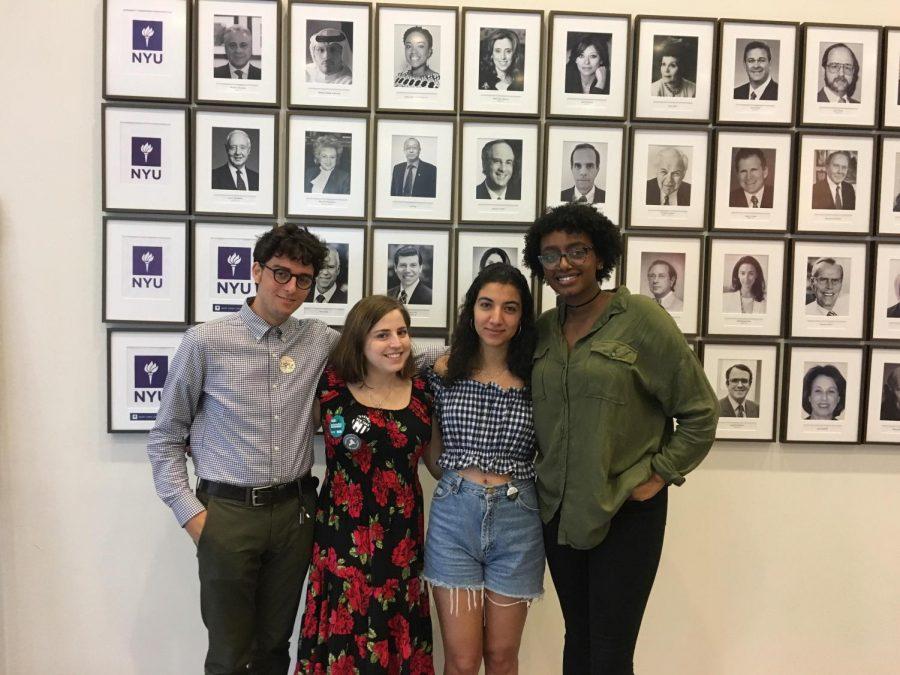 On Thursday, the Student Senate Council proposed a resolution that could change the hierarchy of who has access to information at NYU.

If the resolution were passed, students would be able to access information previously unavailable to them and could answer long-held questions like “where does my money go?” However, NYU would still have the ability to exclude certain informationand the question of how this system would be applied to NYU’s global campuses is still up in the air.

Just as the national Freedom of Information Act or local Freedom of Information Law allows citizens to request information — such as financial records — concerning government agencies, this proposal by Senators-at-Large Rose Asaf and Bayan Abubakr, and Alternate Senators-at-Large Leen Dweik and Ben Zinevich, would create a website allowing NYU students and staff to do the same in regards to NYU schools, campuses and departments.

“We know that there are conflicts of interest on the Board of Trustees,” Mahler said. “We know that NYU is actively working toward expanding across New York and the world. However, what we don’t know are the specifics of NYU’s revenue and expenditures beyond the general statistics listed on the NYU website. Having the actual numbers and names to back up what is already public would provide further ‘ammo’ so to say about why NYU needs to change how it addresses transparency and affordability and potentially how the goal of affordability can be achieved.”

SLAM and NYU Divest have been active in fighting for greater transparency on the part of the university, student representation on the board and divestment from fossil fuels. However, in the past they have been caught by surprise when confronted with information they did not know previously — like with their Elmer Holmes Bobst Library elevator occupation, which ended after they were told NYU had already met one of their demands.

“It’s easy for NYU to discredit any activist group on campus if we’re critiquing them with flawed information,” Mahler said. “It’s kind of a catch-22 in that it’s impossible or near impossible to get accurate info in the first place, yet all NYU needs to say is ‘well, actually…’ and suddenly our valid critiques are discredited because the information was purposely kept inaccessible.”

If this resolution were passed, financial information would be accessible to students — such as NYU’s annual operating budget, departmental breakdowns of spending per student and money received through contracts or gifts attributable to a particular country, among others.

Currently, it is possible to access some of this through an IRS 990 form, which requires tax-exempt organizations to provide detailed information about their finances. However, many of the senators believe that despite providing important information, accessing this form is difficult for an everyday student, as it requires knowledge of specific legal processes. It also requires knowledge of its existence — something many students may lack.

“I think it’s a question of who knows what these legal processes are,” Dweik said. “If you’re an average student you probably don’t know the exact legal code necessary and what channels to go through to access this information.”

Like FOIA and FOIL, the proposal allows for the redaction of information by the body it is requested from if it falls under certain exemptions. Basically, if NYU believes the information being released would threaten financial or personal security, it can not include that information in its response.

“We do lay out in what situations a redaction would be appropriate. They’re basically around protecting the institution in financial and security matters,” said Abubakr. “If a student or administrator requests information and there’s a lot of redactions and a lot of questionable ones they can raise the appeal with the organization and governance committee.”

Theoretical disputes aside, the logistics of applying this process to a university with over 50,000 students also poses a problem. Still in the early stages, right now the resolution vaguely outlines a process of appointing one “records-keeper” at each school who would process requests made by all of the students. The records-keeper would most likely be a current staff member who already works with the university’s records.

Despite potential setbacks, Asaf believes that if the resolution is passed, it will still be a success.

“As long as we get something, I think the resolution will accomplish what it needs to,” Asaf said.