"White Boy Rick" delivers a scene-stealing performance by Matthew McConaughey, but fails to impress everywhere else. 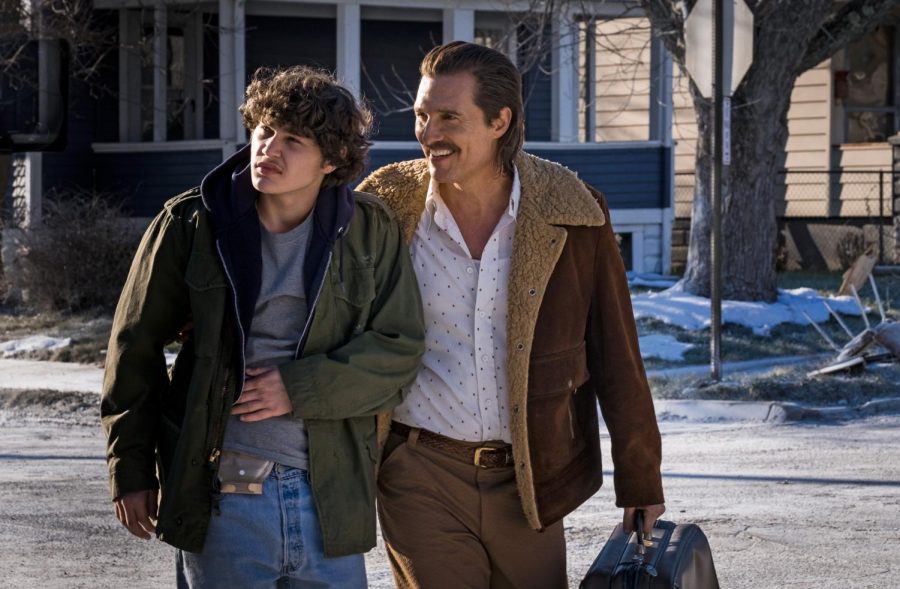 While attaching a silencer to an AK-47 in his basement, Richard Wershe Sr. (Matthew McConaughey) advises his son, Rick Jr. (Richie Merritt), to think of weapons as hamburgers and fries when selling them to gangsters — you always want something on the side to make the deal more appetizing.

Though brought to life in this scene, the fast food analogy can be extended to Yann Demange’s new film “White Boy Rick” as a whole. He attempts to serve up a slick gangster movie on top of a heartbreaking family drama while providing social commentary on drugs and the government. It all seems delicious from afar, but, unfortunately, no number of garnishes can distract from the fact that the food isn’t good.

Based on a true story, the film is set in the ’80s and follows the Wershes as gun dealers in Detroit, constantly riding the line between legal and illegal professions. FBI agents convince a naive Wershe Jr. to become an informant in exchange for keeping his father out of prison. Eventually, Wershe Jr. becomes corrupted by the gangster lifestyle and gambles his way into becoming a drug kingpin before the age of 17.

The ever charismatic McConaughey is the saving grace of this unbalanced drama. He plays a man who tries to flip every negative situation into a positive one. He is not a good businessman or a great father, but these flaws are what makes his character so interesting. Wershe Sr’s consistent pushes toward a better life are engaging even if it is tragically futile, and McConaughey brings satisfying nuance and heart to the character that elevates every scene he is in.

Yet, the film places most of its focus on the bland Wershe Jr. Debutant Merritt passively moves from scene to scene with fake machismo and a prepubescent mustache. When Wershe Jr. veers away from the FBI and starts to build his drug empire, Demange depicts these decisions in the most uninteresting way possible. Even then, Demange depicts them in the most uninteresting way possible. After years of following Walter White, who would have thought being a drug kingpin could be painstakingly boring? In an attempt to cover many years of the Wershes’ lives, Demange skims over critical, and at times basic, details, and the audience is expected to just be enamored by Wershe Jr.’s gangster paradise.

The film succeeds when it is a family drama and it flops at half-hearted attempts to be a discount “Goodfellas.” Wershe Jr.’s story is truly interesting, but the film treats him like any other Hollywood gangster. Demange fails to explore the full gravity of his character’s situation or how significant of a role he plays in his own fate, and instead, at the last minute the film tries to garner sympathy toward Wershe Jr. by revealing how federal agents turned against him. However, at that point it is too late to reverse the muddled perception of Wershe Jr. that the story has already solidified.

“White Boy Rick” is not an egregiously bad film but quite disappointing considering the talent involved. While the scene-stealing McConaughey may be the only legitimate Oscar prospect, it is likely Demange’s film will be lost in the shuffle of awards season. The mouth-watering potential of a gripping coming-of-age gangster drama is let down by mediocre execution and a weak lead performance, leaving “White Boy Rick” as takeout you wish you could take back.

A version of this article appeared in the Monday, Sept. 17 print edition. Email Guru Ramanathan at [email protected]