Food Insecurity Programs Serve Only ‘Tip of the Iceberg’

Due to fears of overuse, an NYU program meant to address food insecurity has been kept quiet. 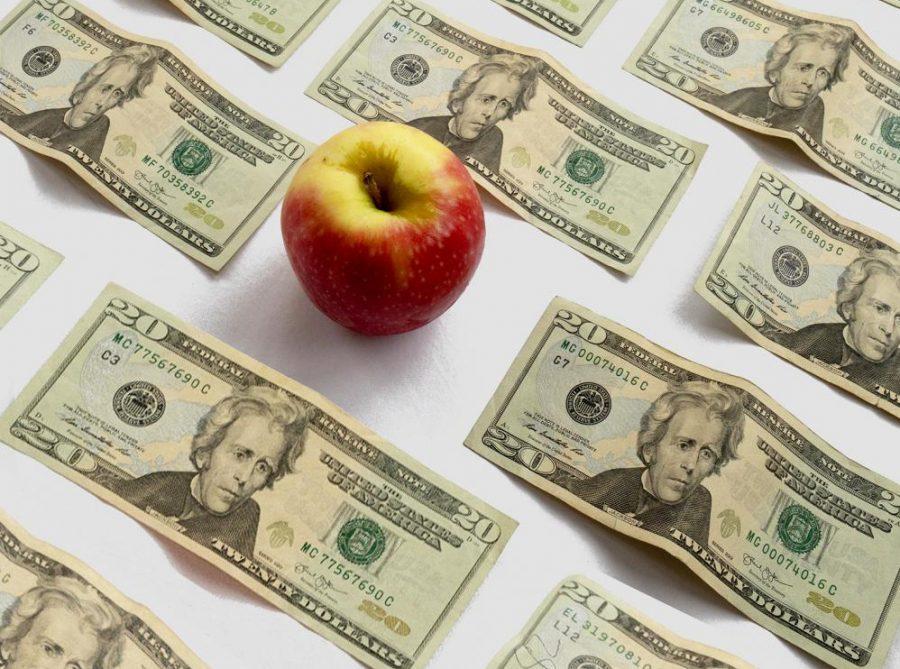 “I’m starving,” he told the staffer on the receiving line. “How can I get food?”

The call led Markhoff to NYU’s Courtesy Meals program, which provides food-insecure students — those without a reliable source of food — with 75 dining dollars, no questions asked, up to twice during their careers at NYU.

The program, which began in the fall of 2016, is meant to provide short-term aid to students unable to afford their next meal. Resident Assistants and Welcome Week staff were first told of the program’s existence this fall; before this semester, the only way a student could learn about the program was through the Student Health Center or specific administrators and staff.

“It was viewed as a bridge to get someone through running out of money or meals at the end of the week or the end of the month,” Senior Vice President for Student Affairs Marc Wais, who convened and chaired the Food Insecurity Work Group in spring 2016, said in an interview with WSN. The group is made up of students, faculty and staff and was created in response to students who came forward with their struggles with food insecurity.

Currently, 40 to 60 students use the Courtesy Meals program each semester, according to Wais. When asked why the program was not publicized more heavily, Wais noted the potential of students abusing the program but said that an effort would be made to notify more students of the CMP this semester.

“Our only concern is we don’t want students to view this as an entitlement or to exploit the program and consider it to be like a free T-shirt,”
Wais said.

Markhoff believes the concern is not an adequate reason for a lack of advertisement.

“I would rather have it that there were a couple of students who exploited the program and just thought they were entitled to it, than there be students who were hungry at NYU who don’t receive the assistance they need,” Markhoff said.

Besides the Courtesy Meals program, the work group has invested resources in Share Meals, a mobile app that connects students with those giving away meal swipes and the Facebook group Free Food Events at NYU.

Over the past year, Share Meals gave away an average of 0.65 meals each day, according to Share Meals’ founder, Steinhardt graduate student Jonathan Chin.

One student felt her needs were still left unmet, despite the programs provided and supported by NYU. Steinhardt junior Anna, whose name has been changed, grew up food-insecure and found herself unable to pay for a meal plan without taking out a loan.

“I think that [the current program] is not enough, and it’s definitely not addressing the issue at a long-term level,” Anna said. “They’re little band-aid fixes, and the two Facebook groups, those aren’t even through NYU, they’re student-run. I feel like the administration isn’t addressing the severity of the issue and doesn’t want to. They want to say they are and that they’re helping these students, but at the end of the day don’t have their best interests at heart.” 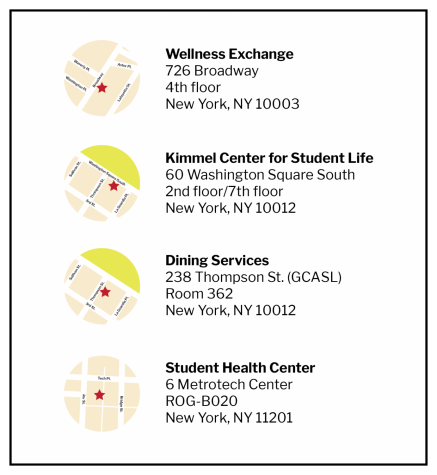 “I don’t think NYU is going to solve food insecurity,” Ellett said. “But can NYU do its part? Absolutely. And I think it is, through students, staff and faculty conversing about opportunities to help students.”

Other urban universities, such as The New School, George Washington University and The City University of New York use food pantries — designated locations for students to receive free donated food — to combat student hunger.

The Food Insecurity Work Group considered instituting a food pantry at NYU but ultimately decided against it.

“It’s a very labor-intensive process,” Wais said. “It requires a lot of space [and] we have a finite amount of space. It’s expensive, between the staffing and the space rental and the setup.”

Clinical Associate Professor Domingo Piñero was on the Food Insecurity Work Group and spoke out against the idea of a food pantry. Piñero noted that if NYU worked with the New York City Food Bank to fill the pantry, as other schools have, they may be taking food that would go to other communities in need.

“I felt that NYU did a very brave thing not having the food pantry because the food pantry would be the perfect opportunity to look good, but not necessarily do good,” Piñero said.

But Pinero isn’t opposed to addressing the problem of food insecurity at NYU. He thinks a good first step is to gather more data. Wais confirmed that no studies have been done by the work group so far.

“Food insecurity is very easy to measure; there are standard surveys,” Piñero said. “You take the survey and use every adviser in the university as a point of distribution. Same survey, you can answer on your phone, and you would capture a lot of students.”

Piñero mentioned that data would be especially important because the current 40 to 60 students using the Courtesy Meals program each semester may be a small portion of a larger group of hungry students facing food insecurity at NYU.

“That’s tiny,” Piñero said. “But again, are you reaching the whole group? I don’t think they are aware of it. Nobody knows. I’ve asked, students don’t know. I myself don’t know where you would go to get it. The 40 students, those are the tip of the iceberg.”

Piñero suggested that instead of using a food pantry, NYU should use their substantial resources, such as dining halls and financial services, to provide students with food through discounted meal plans or scholarships.

“Just give them access to [dining halls] and then work with them to figure out what the problem is and how you can help them.” Piñero said. “It’s likely that a little scholarship [for each student] would take care of it.”

Some students, however, would still like to see a food pantry.

“I think if NYU offered it, then students would come,” Anna said. “I don’t think the stigma would affect it, I think it would be worth it and I think I would have utilized it.”

CAS senior Ben, who did not wish for his last name to be published, skips breakfast and combines meals when he is unable to pay for more than one a day. Ben doesn’t know if scholarships are the answer, but thinks there must be some solution.

“There are solutions to this, and if it was confronted in a serious manner, I think it could be solved,” Ben said. “With the large amount of money that NYU holds, there’s really no reason that they should have any student worrying about where their next meal is going to be.”

A version of this article appeared in the Monday, Sept. 10 print edition. Email Victor Porcelli at [email protected]