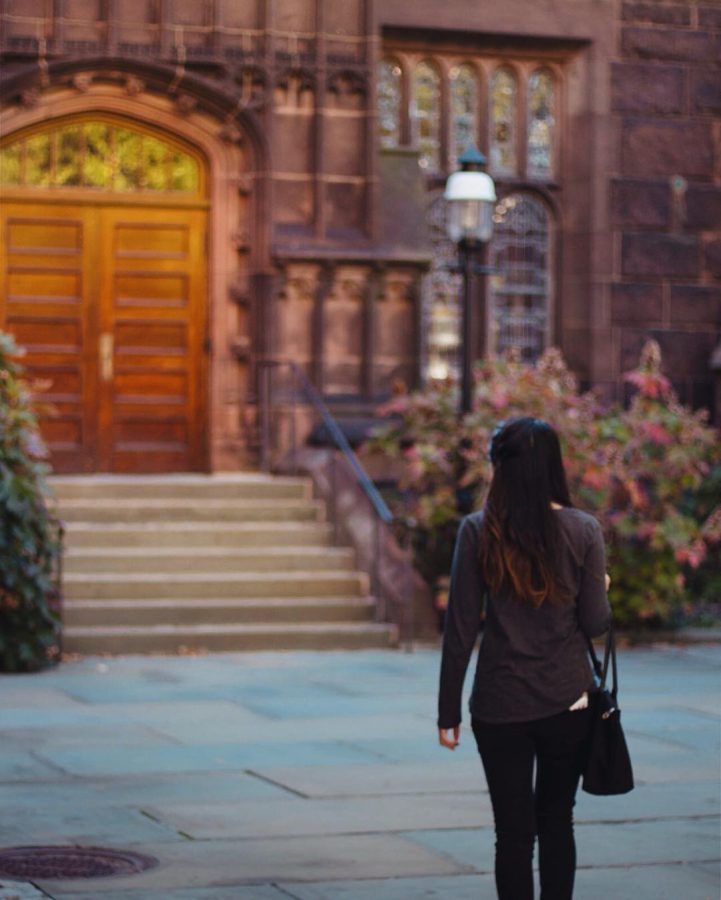 Princeton University is full of beautiful architecture and landscaping

I grew up about five miles outside of Princeton, New Jersey, a quaint college town of about 30,000 people. Known best for the Ivy-clad Princeton University, the historic community has far more to offer than a college education, home to a thriving upper middle class community. Moreover, Princeton holds a prominent place in United States history — founded in 1724, the town featured the 1777 Battle of Princeton, a momentous victory for American Revolutionary soldiers.

Today, the backbone of Princeton is Nassau Street, bordered by Princeton University’s scenic entrance in the south and by the residential town in the north. Princeton takes pride in its locally-owned restaurants: my childhood favorites include PJ’s Pancake House, which serves heaping plates of breakfast all day long; acclaimed ice cream shops such as The Bent Spoon, Halo Pub and Thomas Sweet; and delicious college eateries such as Hoagie Haven and Tiger Noodles. Some of the town’s best stores are harder to find: The Princeton Record Exchange is a niche favorite for locals and some of New Jersey’s best chicken wings can be found at Chuck’s, tucked away on Spring Street.

Princeton, carefully landscaped (and, surely, with no shortage of alumni donations), looks pristine year-round. In the springtime, the entire town seems to be blooming; in the summer, summer students and others suntan on the campus’ grassy expanses; in autumn, trees are a multitude of colors; in the winter, centuries-old academic buildings are highlighted by thin layers of snow. In line with its distinctive seasons, the town celebrates several popular traditions, including the lighting of a great Christmas tree in Palmer Square and the spring Communiversity festival — attended by about 40,000 people annually — which will take place this year on April 29.

You can’t make a visit to Princeton without taking a stroll across the university campus, which remains open to the public throughout the year. Hotspots include the gothic university chapel, the surprisingly well-stocked university art museum, the mind-bogglingly enormous Jadwin Gymnasium and the McCarter Theater, home to both professional and college-level productions (adjacent to the Theater is a Wawa, a beloved staple of mid-Atlantic cuisine).

But the municipality, located in a suburban-rural enclave of New Jersey, has offerings outside of the university campus and the Nassau Street area. South of the university is Carnegie Lake, home not only to the United States National Rowing Team but also to several nesting pairs of bald eagles. The Delaware-Raritan canal runs through the town, making it wonderful for summer canoeing and kayaking.

The town even has options for farm-lovers. Terhune Orchards offers fruit and berry picking, autumn corn mazes and irresistable apple cider donuts. Although it is surrounded by nature, Princeton is by no means isolated. Located nearby several highways, you only need to travel a few miles to find grocery stores, department stores and shopping malls.

Princeton can also boast its centralized location, and residents who venture out of town have a multitude of options. The town is only about an hour drive away from both New York City and Philadelphia, a 45-minute drive from the Jersey shore, a 20-minute drive from both the Delaware River and Pennsylvania border and a 30-minute drive from Six Flags Great Adventure, the second-largest theme park in the world.

If you want to pay a visit, Princeton is 70 to 80 minutes away from Penn Station via public transit. Take New Jersey Transit’s Northeast Corridor Line to Princeton Junction Station, from which you can transfer to the “Dinky,” a small train that runs from the station directly to the university’s campus. For those seeking a brief escape from city life, accessible with an uncomplicated commute at a reasonable price, Princeton will not let you down.