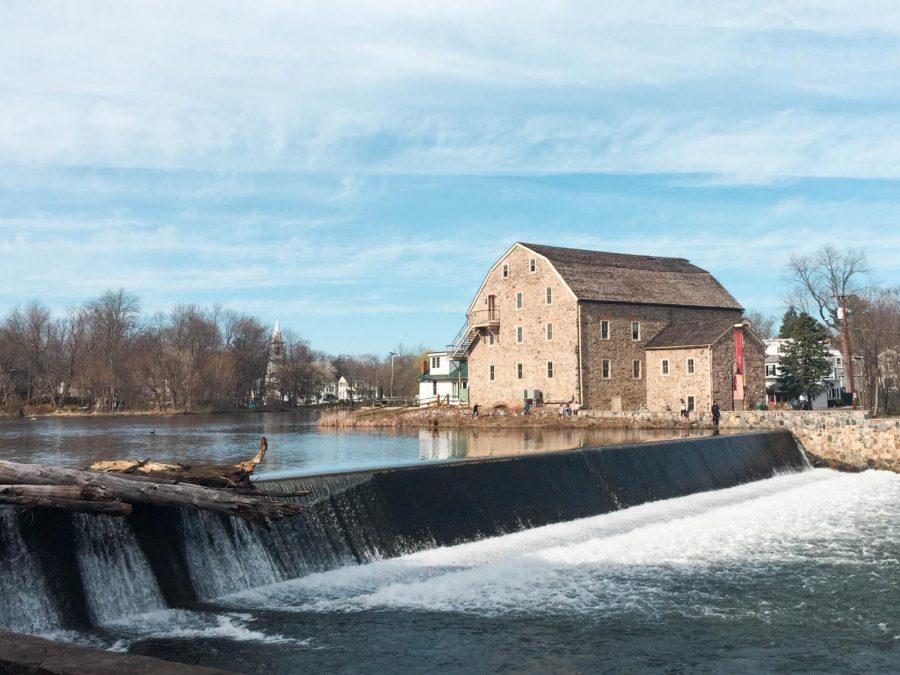 The Raritan River runs through Clinton, providing a picturesque setting for the town. Children are often seen feeding ducks, and you can eat at a cafe right by the water as well.

Clinton is the kind of place where you feel immediately at home — and if you don’t right away, the people in the town will make you feel like you’ve lived there your whole life by the end of the trip.

When my suitemate (who, thankfully, let me drag her out to New Jersey) and I hopped off the Trans Bridge Line from Port Authority Bus Terminal after just an hour-long trip, we called an Uber to take us to the only place we’d ever heard of in Clinton: the Red Mill. Our Uber driver traveled from three towns over just to drive us about six minutes to Clinton’s downtown.

When we asked our driver what there was to do in Clinton she simply replied with a laugh. Despite an unpromising introduction, we were giddy when we arrived at the Red Mill. It was the first time we’d been around fresh air in weeks, and watching young children squealing over seeing ducks in the river made us feel like excited 12-year-olds.

If you go to Clinton just to escape the city and spend some much-needed time in the outdoors, definitely go down to the river. You can go fishing, feed ducks or simply sit on the rocks by the edge of the water. Plenty of families will be around, and there are several coffee shops scattered by if you want to bring a warm drink with you.

But if you want to get to know Clinton, you should meet the people who live there.

We struck gold when we came across the Clinton Fudge Company. Ironically enough, the shop didn’t offer any fudge, but its owner — a jovial man from Essex, England — chocolate selection and Buckeye candy entirely made up for it. We stayed at his store for a while, listening to his stories about the Buckeye candy and how he wants to open another shop in New York.

When we were walking on the opposite side of the street an hour later, our British friend ran out of his shop and called out to us, asking how the Buckeyes were, and we assured him they were delicious.

My suitemate and I befriended other Clinton residents — a young girl who only remembered my name because it rhymes with her favorite cartoon character’s, an older woman who recommended her favorite restaurants and a college student who was making extra money at a small candy store — and I want to come back and meet all of them again some day.

With a population of a less than 3,000 people, a small section of the Raritan River and a Main Street that only runs a few blocks, it might feel like there isn’t much to do other than walk around and hang out at the river. But maybe the charm of Clinton isn’t the town itself, but its people.