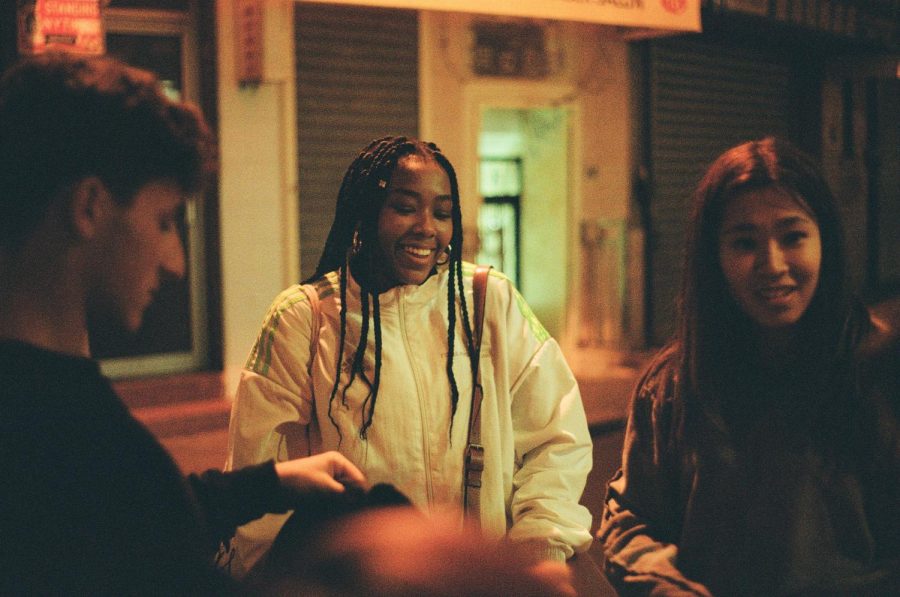 When one thinks of high fashion, it’s natural to imagine the flamboyance in design and textile that is a hallmark of old, European, luxury fashion houses. You might think of a hand-embroidered couture dress with inset jewels or a glamorous, skin-tight dress worn by Rihanna at the Met Gala. What you likely don’t imagine is a firetruck-red shoulder bag emblazoned with the word “Supreme” priced at over $2,000.

Streetwear, a style of fashion characterized by its eccentricity, is currently dominating the fashion industry. Clothes emblazoned with block logos, oversized jackets, baggy pants, sweatpants, tracksuits and hoodies are trademarks of brands like Vetements, Bape and the aforementioned Supreme, which had a historic collaboration with Louis Vuitton. Streetwear is slowly infiltrating circles of traditional, high fashion brands. But what is streetwear, and how did this style of fashion that relies o minimalist silhouettes with a rather eccentric color and design palette, come to dominate the fashion sphere?

“It certainly came from African-American culture, I would mostly say,” said Ben Copperwheat, an adjunct instructor teaching courses in Fashion at NYU’s School of Professional Studies. “From hip-hop, probably the birth of hip-hop, during the late ’70s, early ’80s, and it really kind of moved out
from there.”

Along with designing for fashion titans like Calvin Klein and Gucci, Copperwheat’s pieces have been worn by none other than upcoming fashion icon, Blue Ivy.

Kaylee Warren, Alexa Epstein and Cheryle Chong, students on the staff of NYU’s Embodied Magazine, reached the same conclusion as Copperwheat that streetwear originated and borrowed from elements of black culture.

“You have brands like Vetements, Gosha Rubchinskiy, Supreme, the list goes on of white-male brand corporations literally sourcing and drawing from communities of color … and appropriating them and reworking them to where they suddenly seem more desirable and trendy,” said Warren, an editor at embodied and a Gallatin sophomore whose concentration is Fashion Journalism. “In turn, [those brands] are kind of gentrifying streetwear and clothes people wore for expression and for just means of
clothing themselves.”

Steinhardt Adjunct Faculty in Graduate Costume Studies Daniel James Cole said the concept of streetwear as a style of fashion is much older than hip-hop, and can be traced back to the Middle Ages.

“Streetwear, even though we say ‘streetwear,’ is a very old phenomenon and often most of history, streetwear ended up being a lower class’s copying of upper class styles,”
Cole said.

Many black designers and fashion influences have pondered the origins of streetwear as well. Hypebeast UK’s Editor Jason Dike and Hood By Air’s Shayne Oliver are one of the many fashion designers and influencers who argue that streetwear has undeniable racial undertones.

If there is an argument by many for streetwear borrowing heavily from black culture, what is the line between appreciation and appropriation in the growing fashion trend?

Epstein and Chong both said that high fashion brands can avoid cultural appropriation if they have black creatives at the helm.

“I think the best solution to that is to diversify your staff, especially these big fashion houses and that’s why what’s happening with Louis Vuitton is like a good step forward,” said Gallatin junior Epstein, who studies Fashion and Museum Curation. “If you have people of color in your office, as a main part of the business that you’re running, people are going to say like wait — maybe we shouldn’t do this, that’s not a great idea.”

“Making Virgil Abloh creative director for Louis Vuitton is like a huge step towards appreciation, because usually it’s like white audiences pick out the parts of black culture that they like and they kind of separate the culture from the people,” Gallatin junior Chong said. Her concentration is in theater, film, fashion and critical theory. “I feel like making him the director it’s like integrating the person, with the culture.”

Black culture is not the only source of inspiration for streetwear brands, with many designs using Japanese and Chinese characters for sheer aesthetic value and appeal. Kevin Wang and Sasa Li — the directors behind the creative collective, Shock and Awe —  were inspired by the rampant cultural appropriation of East Asian culture to create a collection through their clothing brand, The Kimono Kid, that mocks that very phenomenon.

“I don’t think it’s so much just the characters anymore, it’s just this whole adopting of Japanese culture,” Chong said.

She also pointed out the widespread adoption of cheongsam, a traditional Chinese garment, as a case of appropriation.

“As a kid I would wear cheongsams for every Chinese New Year,” Chong said. “I would have to go out in public in them and always feel really embarrassed to do that because I would be visibly othered. Like, ‘Oh yeah that girl’s Chinese,’ and I would be not proud of it. To see white girls basically wearing cheongsams in the street, unaware of the experiences of Chinese-Americans growing up, it feels distasteful to me.”

Cole argued that the utilization of the cheongsam by Western fashion shouldn’t be seen as cultural appropriation at all.

“That has been worn by black, white, non-Asian people, since it developed in Shanghai in the ’20s, that dress is part of the global repertoire of clothing,” Cole said.

Cultural appropriation across cultures of color has also been a controversial topic in recent years. Style seen on the streets of Seoul Fashion Week often heavily borrows from rap and hip-hop culture — but should that be understood as cultural appropriation? What about the increasing number of black celebrities, or even kids, that don kimonos as part of an ongoing trend? The list goes on and on, concerning the back and forth borrowings of East Asian and black cultures, and when that becomes exploitative.

LS first-year Hunter Major said that there is a lack of necessary cross-cultural conversations to facilitate an environment of learning and education that would prevent the appropriation of cultures by other people of color.

“You’re just seeing a lot of photos of these people but you’re not seeing like, what is the cultural significance of  a protective hairstyle, like why are black women wearing it,” she said. “You’re just seeing these photographs of us. All of the sentimentality, all of the humanity, the stories behind that hairstyle, the history gets lost. Because you see someone in this picture and they look cool so then you wanna look cool. Same with a kimono and then everything with like geisha culture — again you see these photographs frozen in time.”

CAS freshman Dylan Palmer, studying Social and Cultural Analysis, said that there is even something to be said of the trend of black celebrities having fashion lines based on original streetwear culture — think Yeezy despite his contempt for the term, or Beyonce’s Ivy Park line — which have received approval and acclaim from white audiences.

“In this system of this cultural obsession with blackness we do see some some black people gaining recognition, success, fame, fortune from that but it is a very select few,” he said. “I mean you look at a lot of the people in fashion right now, unfortunately, are not necessarily [black] people who have dedicated their entire lives to fashion.”

Can streetwear be saved from the expensive hands of high fashion? Warren thinks so.

“I feel like streetwear is about what you can do with what you can find and kind of asserting a certain kind of vibrancy and creativity that only that person can possess, which is sort of more like a streetwear attitude,” Warren said. “And so while many streetwear labels, clothing are being gentrified, I still find that these companies who do appropriate these clothings won’t have much sustainability, because streetwear is an attitude and if you just don’t have it, then you don’t have it, and you don’t really survive.”