The Immortal (Musical) Legacy of the Civil Rights Movement 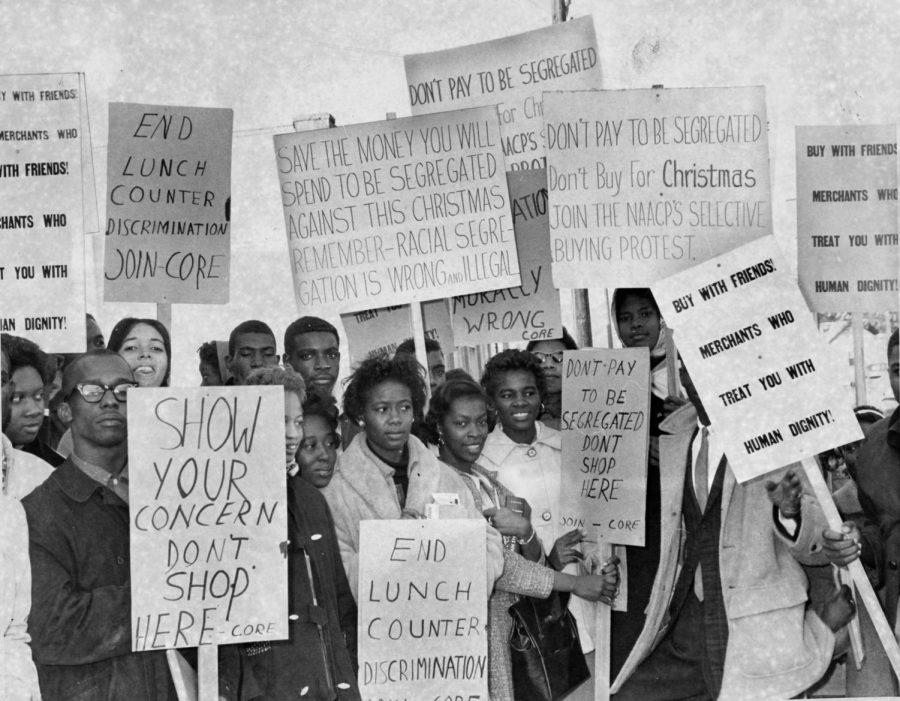 The deliberate inclusion of Gil Scott-Heron’s black protest song “The Revolution Will Not Be Televised” in the “Black Panther” cinematic trailer could not have been more obvious and appreciated. In the context of the film and our current reprise of social conversations on race in the United States, the song embraces the legacy of protest and the civil rights movement that came before, and the song’s title directly alludes to a slogan used during the 1960s Black Power movement.

Current artists engaging in protest and socially conscious music do so by building upon the legacies of those pioneering artists before them like Gil Scott-Heron, Nina Simone, Sam Cooke and other musicians who transformed people’s experiences into powerful rallies for justice.

“The name of this tune is ‘Mississippi Goddam.’ And I mean every word of it,” Simone says as the eponymous song begins. Simone fueled the lyrics of “Mississippi Goddam” with anger as a response to the assassination of Mississippi civil rights leader Medgar Evers and the 16th Street Birmingham Church bombing that killed four young black girls in 1963. After trying to arm herself with a gun, Simone instead wrote the song to unabashedly speak of the injustices made.

She debuted the song at Carnegie Hall to a majority white audience before radio stations nationwide banned it, but the song became a unifying civil rights piece for the black community. Simone refuses to hold her tongue as she vividly describes the plight of African-Americans and white American’s, specifically the South’s, which often turns a blind eye to injustice.

Gallatin Professor  of African-American culture, Michael Dinwiddie, explained how Simone was in a unique position to speak out.

“She as an African-American woman could speak out in ways that African American men could not,” Dinwiddie said. “They wouldn’t endanger their lives, and it was a very tense moment because part of the narrative was the peacefulness of the movement.”

“And so to come out with a song that such strong language is used and which there was a condemnation of racial hatred really was a powerful statement,” Dinwiddie said. “It was powerful on her part because it did impact her career, but it did have a psychological effect on helping people who were interested in racial justice articulating and understanding their rage.”

Long before Simone, “This Little Light of Mine” lit the way for protest anthems. The song showcases the integral connections within the black community, religion and protest. First written by Christian hymn writer Harry Dixon Loes, Zilphia Horton adapted the spiritual into a civil rights hymn. The song was a staple for black churches and marches as it provided not only comfort but also personal responsibility to the cause.

“A lot of times I’ve found when people say ‘we’ they’re giving you a cover to not say whether they’re going to be there or not. So the ‘I’ songs are very important,” Johnson-Reagon told Moyers. “So ‘This little light of mine, I’m going to let it shine’ means that when the march goes, I am going to be there. So it really is a way of saying ‘The life that I have, I will offer to this thing.’”

Johnson-Reagon explained that the song takes on a form of unapologetic confidence, encouraging black people to embrace visibility, which brings broader support for action.

Union workers used the song during protests in the 1940s, and made its way Tennessee’s Highlander Folk Center –– a hub for racial equality activism – to the ears of Carawan, where it took civil rights form.

William G. Roy, a sociologist at the University of California, Los Angeles, explains the song’s multivocal message in his book, “Reds, Whites, and Blues: Social Movements, Folk Music, and Race in the United States.”

“The obstacle of ‘overcoming’ is like a Rorschach inkblot test,” Roy writes. “[It is] an image that the viewer can see for him or herself – segregation, racism, capitalism, hate, or the white race. Who can be against ‘overcoming’?”

Leaders like former President Lyndon B. Johnson and Martin Luther King Jr. adopted Johnson-Reagon’s song title and message for their speeches. When Johnson recognized the struggle for black voting rights, he ended his television address with “and we shall overcome.” The use of the phrase became a symbol of the cause and still holds its power today as one of the most iconic songs of the Civil Rights Movement.

Released in 1970, Gil Scott-Heron’s poem and song, “The Revolution Will Not Be Televised,” scorches Nixon’s administration, mass commercialism and war.

The title plays many roles in its bold statement. “The Revolution Will Not Be Televised” implies that black people will not be watching the revolution from the comfort of their homes, but rather leading it in the streets. They must reject what corporate media and the government relies on – their feeding into commercialism and the news.

Scott-Heron’s anthem of anti-commercial sentiments and revolution sit uncomfortably within the “Black Panther” trailer. Even though “Black Panther” is a huge step in black representation and box office numbers that show that narratives of people of color are profitable, the song’s message goes against traditional media and its profit-seeking values. Dinwiddie elaborates on what can be considered revolutionary.

“The people who walked and sang ‘We Shall Overcome’ were doing what Julie Lester said, ‘in those days, you had to put your body in the struggle,’” Dinwiddie said. “And going to see a film in which positive images of African people are depicted is simply an act of consumerism. So there’s nothing revolutionary about seeing a film. It’s what you do after.’”

What’s important to recognize about the Civil Rights Movement is that the movement was comprised of a diversity of ideologies and methods. Simone’s condemnation of racial hatred in “Mississippi Goddam” highly contrasts “We Shall Overcome’s” message of community and optimism. Although the songs have divergent intentions, they both contribute to validating experiences and achieving the goals of the movement. The songs must be seen as pieces to a greater struggle for racial equality.

A version of this article appeared in the Thursday, April 5 print edition. Email Joel Lee at [email protected]