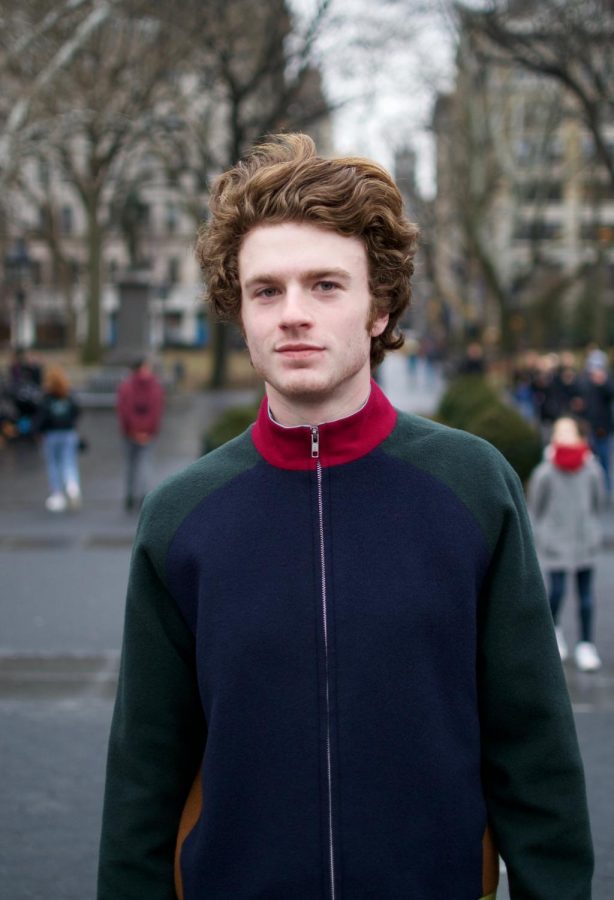 Growing up in Alphabet City, Alex Carr has been playing shows around New York City since he was a kid. Blending psych-rock, Americana and post-punk, Carr takes his influences and turns them into lethargic summer jams perfect for your next road trip.

The 21-year-old songwriter and multi-instrumentalist is not like most Bedroom Rock artists. His upcoming full-length is an eclectic one — combining solid bass lines that would make Nikolai Fraiture proud with spacey psychedelic breakdowns. In terms of being described as having a “lo-fi” sound, Carr explained to WSN that he takes this genre as a challenge.

“I have a music tech and producing background, so it’s really fun to be like ‘I’m going to make a record in my room but make it sound the least lo-fi and the best it can be, but with just what I have,” Carr said.

Accompanying Carr, who operates vocals and guitar, his backing band is made up of Miles Grossenbacher (keys), Greg Tock (drums), Zoltàn Sindhu (bass) and Alex Potter (second guitar). He and his bandmates (except for Potter, who is a high school friend) met in the Music Technology department of Steinhardt, and many of them play in one another’s projects. The New Yorker prefers playing in venues where he can see people’s faces and said that his music is supposed to have a sense of connection and inclusiveness to it.

However, the “Starry Eyed” musician doesn’t like to stay in one place for too long. After his first-year, Carr traveled to India in pursuit of learning the sitar where he took lessons from an Indian sitar master in Varanasi.

“I was in Music Tech and was taking all these classes on analog circuitry and stuff and I was just like, ‘This is just so crazy, this is just not what I’m into,’ so I just decided to take a semester off and go travel in India,” Carr said.

Just last month the Gallatin junior and his bandmates recorded an album in a remote cabin in the Berkshires, Massachusetts, which helped the musicians focus on recording and coming up with innovative song structures.

He also described his creative process.

“It was really helpful to have my bandmates in the writing process because even though all but one of the songs on the album are just songs I wrote they really helped in thinking of new ways to structure things,” Carr said.

While “Starry Eyed” is the latest thing they’ve released, it was recorded almost a year ago and might not reflect the most refined sound the band is hoping to achieve in their newer tracks. Like most young artists, Carr’s sound is evolving and developing with each new record. For the upcoming album, many of the songs “took on a very different shape from how we’ve been playing them live for a while.”

Sonically speaking about the forthcoming LP, though, Carr explained that it will sound more psychedelic.

“It just sounds more cohesive and more like what I’ve been saying my music sounds like,” Carr said. “You know it’s like having a really lyric-focused thing with a lot beautiful ambience with sonic guitar playing, that combination.”

Now, when he’s not reading for his Literature and Poetry concentration, Carr is either doing yoga, or listening to Kurt Vile and The War on Drugs (“Slave Ambient,” not the newer stuff). He tells me this as he is wearing a War on Drugs T-Shirt.