Fashion as an Accessory to Activism 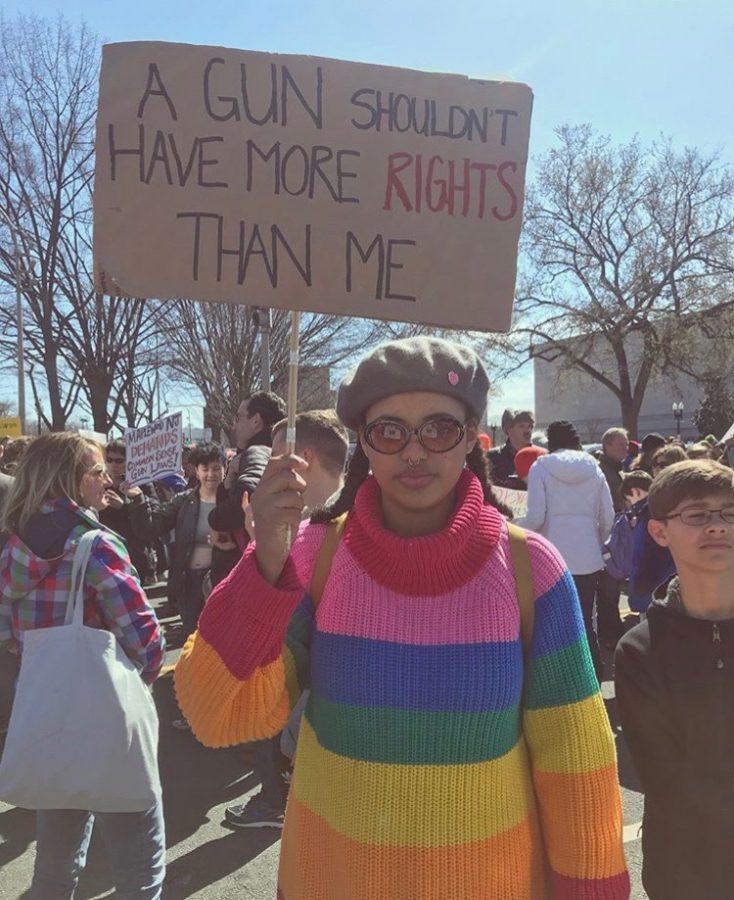 Tisch first-year Savannah Dukes holds a sign at the March for Our Lives in Washington D.C. on Mar. 24, 2018.

In wake of the numerous marches across the nation, many of us rallied together during times of injustice and filled city streets with our unified voices. We take inspiration from historical organizations and movements of the past such as the suffragettes, the Civil Rights movement, the Black Panthers and many others. Not only does a collection of voices communicate a cause, but so can the fashion trends worn during that movement. By looking back at the history of various organizations, it is evident that the styles activists wore deeply aligned with the messages they sought to send.

One past example of leadership and activism arose with the British Suffragette movement, which influenced the creation of the National American Woman Suffrage Association. These women fought for voting rights against misogyny within society. Led by Susan B. Anthony, these women marched and modernized what was thought of as acceptable women’s attire. To align with their cause, they got rid of their bondages, petticoats and corsets, and they even burned their bras to free women both physically and metaphorically.

This leadership influenced great political advancements for women over the years. The legacy of women’s rights activism influences many of today’s movements like the #MeToo movement and the Women’s March. The #MeToo movement that surfaced loudly on social media and became an online sensation was highly perpetuated by celebrity women. With this sort of advocacy and defined leadership, many people followed suit and wore black in solidarity with victims of sexual abuse at award ceremonies and even at the 2018 State of the Union Address.

Martin Luther King Jr., leader of the Civil Rights movement, was a gallant leader, popular for his work in the National Association for the Advancement of Colored People and in reshaping the U.S. political apparatus. King often wore a suit and tie, exuding an air of seriousness. This communicated a sense of professionalism that marchers could follow both in the streets and in civic centers where ideas and strategies were discussed. King perpetuated a legacy of importance and professionalism for the black community.

The Black Lives Matter movement, on the other hand, does not have one defined leader, but thousands. Through social media and organized marches, passionate individuals come together to protest black lives lost to police brutality, gun-violence and many other injustices. When members of the movement rally together in marches, they often sport shirts emblazoned with politically-charged phrases, similarly political shirts and posters that make their purpose unquestionable — and they don’t speak the language that white America wants to hear. Despite this unification, BLM has been deemed unorganized and with an unclear purpose. BLM continues to make an impact on the political conversation, but without a clear leader, the organization has had to work harder than most to paint its stance.

Protestors are sure to continue voicing their beliefs through fashion like they have with “pink pussy hats” and many other styles because fashion and political change complement one another. However, the missing link today is often popular advocacy. Portrayals of justice through fashion are important and inspirational in unifying citizens over a cause; however, it is evident that fashion activism alone, without advocacy in the political apparatus, cannot get the job done.

A version of this article appeared in the Monday, April 2 print edition. Email Tianne Johnson at [email protected]