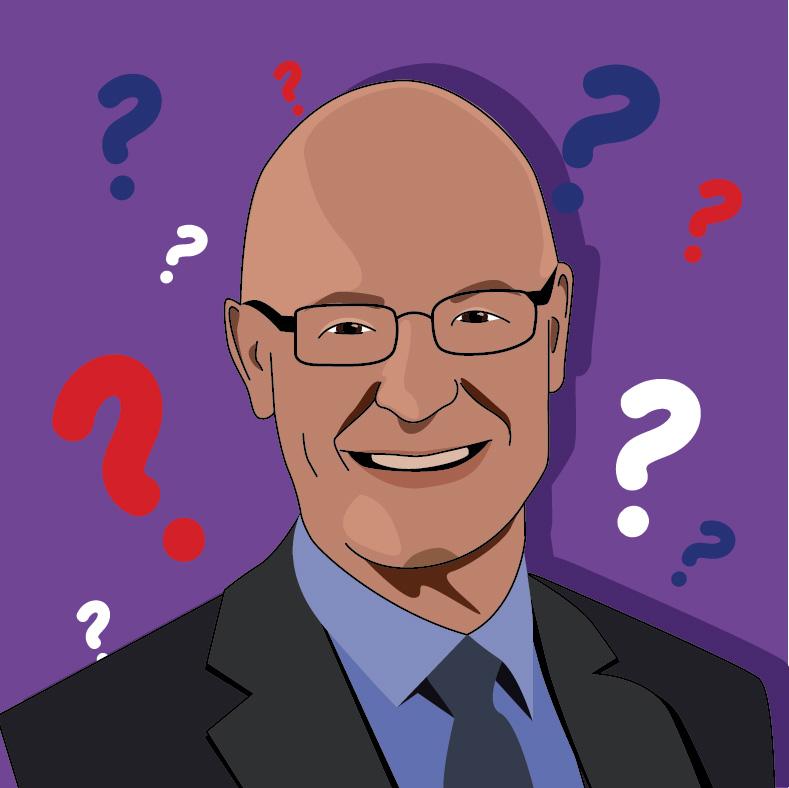 Over the course of a single week my life slowly fell apart.

At the beginning of my reporting on this story, I ardently believed that a large chunk of NYU’s student body subscribed to the conspiracy that President Andrew Hamilton’s British accent wasn’t real — or at the very least was heavily exaggerated.

My belief in this theory first came about during the Presidential Welcome in Madison Square Garden during my first week at NYU. Under the sweeping ceilings, surrounded by my future peers, I first heard his voice. It echoed throughout the enormous room. The second the first syllable hit me, I knew.

I grew up in England, and only moved to the United States during my junior year of high school — a fact I thought would prepare me for a fairly accurate analysis of our British president’s accent.

However, as time and reporting would show me, I was wrong. Fellow Brits, a professional linguist and even my own mother; they’ve all betrayed me, leaving me alone in the cold with my conspiracy theory. A single believer.

To start my story, I reached out to fellow British students. They were the first to reject me.

“I’ve always been convinced by it,” CAS sophomore Imogen Fordyce said. “I felt bad for him at our Presidential Welcome when he started to talk and everyone laughed at his voice, so I’d say I’m convinced.”

Despite a weak start on my end, I did have a slight win when she began to backtrack a little. Step one of starting a conspiracy theory: instilling doubt.

“But I do know some American students who can do an uncanny impression of it so maybe that’s a sign it’s fake?” Fordyce said. I fist-pumped.

Another British student I spoke to, Gallatin sophomore Ravi Sharma, got a little philosophical, but still ultimately rejected the theory.

“I think the answer to your question really depends on how fake you mean by fake,” Sharma said. “I think he sounds a little unnatural and slightly weird. I think he is actually English, but either he’s putting something on or exaggerating or he’s just been warped by push upbringing followed by international life.”

Sharma seemed to be on the right track, according to Department of Linguistics Associate Professor Gillian Gallagher, who focuses on phonology and phonetics. She explained to me over the phone that no accent is fake, and that accents are formed and influenced by a number of factors, including moving countries, which Hamilton did when he relocated from the United Kingdom to the United States.

“No,” she responded when I asked her if she thought President Hamilton’s voice was unusual.

In this moment of desperation, I called my mother, who I assumed would support me through thick and thin.

“It sounds British to me,” she said, slowly crushing my soul. “Just a little droney but nonetheless British. Sorry.”

So there we have it, Hamilton’s accent is real and I’m an idiot.