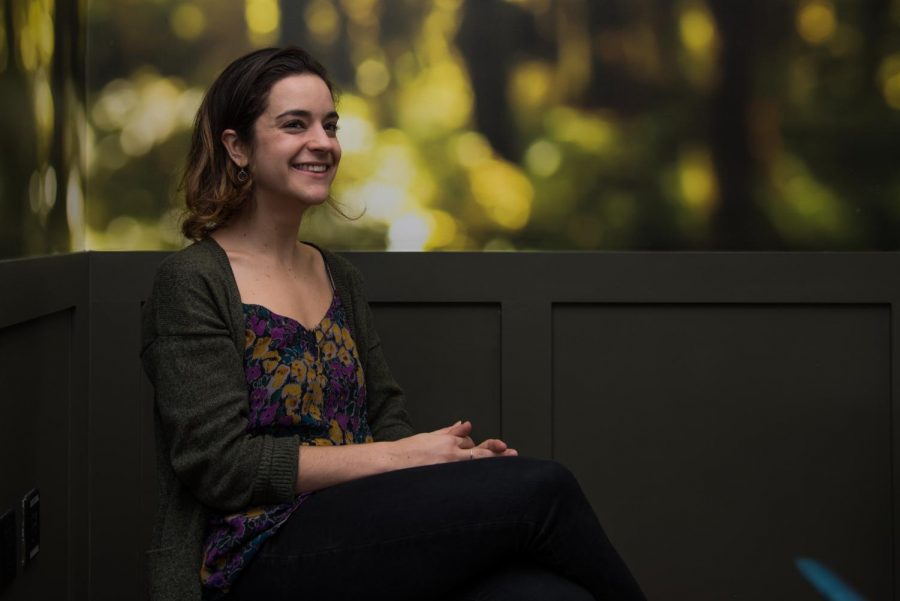 Alyssa Petersel (LMSW '17) is the CEO and Founder of My Wellbeing, a company that promotes mental health by connecting people with therapists and health resources.

Each year, women stride to the forefront of history by fighting for change in society and equality in the workplace. Many notable thinkers, leaders and creators today were once studying here at NYU. This Women’s History Month, let’s celebrate the countless women who create spaces for women of all backgrounds and passions to flourish in. Here are a few NYU alumni breaking barriers in the film industry, crushing beauty standards, fighting for gender and racial representation, shedding light on the importance of mental health and much more.

With a Master of Fine Arts degree from Tisch School of the Arts, writer-director Dee Rees breaks barriers as a black, queer woman in a white, male-dominated industry. She broke into the film industry after interning for NYU professor and alumnus Spike Lee for a Sundance Screenwriting and Directing Fellowship. During this fellowship, she produced a narrative titled “Pariah,” which she wrote and directed on her own. This year, Rees made history as the first black woman to earn an Oscar nomination for Best Writing Adapted Screenplay for the adaptation of the novel “Mudbound.”

Alyssa Petersel graduated in May 2017 with her master’s in Social Work. She is now a therapist and the CEO and founder of My Wellbeing, a company that helps people connect with New York City therapists. She realizes the importance of mental health and continues to promote well-being as a social norm. In an interview with WSN, she gave the following advice to aspiring entrepreneurs and women looking to pursue careers in social work: “With leadership and with taking risks come a lot of highs and a lot of lows, so build the support systems around you, whether its friends and family or someone like a counselor or therapist, to be that accountability partner when things get a little challenging, to remind you how great you are.”

Millennial beauty brand Glossier has been an internet obsession since its inception in 2014. Glossier’s founder and CEO, Emily Weiss, majored in Studio Art at Steinhardt School of Culture, Education, and Human Development and graduated in 2007. During her time at NYU, she landed an internship at Teen Vogue, where she worked for three years. She later took on a role assisting Elissa Santisi, style director at Vogue, and fell in love with the magic of makeup and models. This inspired her cool-girl blog, Into the Gloss, which provided the foundation for her simple, no-makeup style makeup brand that we all love. This multimillion-dollar beauty company continues to crush beauty standards by promoting natural beauty in all shades.

American business executive Ursula Burns has always excelled in math and science. With a degree in Mechanical Engineering from NYU’s Polytechnic Institute, now the Tandon School of Engineering, she began her career as an intern at Xerox in 1980. She later became a full-time employee of the company after attending graduate school at Columbia University. During her time working with Xerox, she gained a reputation as a leader and one to speak up whenever change was needed. She eventually tapped to be Xerox’s chief executive officer in 2009, making her the first black woman CEO of a Fortune 500 Company. Today, Burns works as chairwoman for VEON, and later this year, she will be joining the board of a beverage company, Diageo.

Graduating from NYU’s Graduate School of Arts and Science in 2006 with a Master of Arts in Journalism, Mock began her journalism career at People magazine as a staff editor. During this time, Mock came out publicly as a trans woman and from then on, fiercely fought for representation for trans women and people of color. The New York Times bestselling author continues to break barriers as a writer, TV host and transgender rights activist and doesn’t allow any single experience or struggle to define her, nor does she use her platform to speak for all transgender people. In an interview with Broadsheet, she said, “I’m more comfortable with ‘trans advocate’ in the sense that I’m hopefully, enabling people to learn more, to understand the complicated, interlocking, multilayered experiences of trans folk … I’m not a representative of anyone but myself and my experiences.”