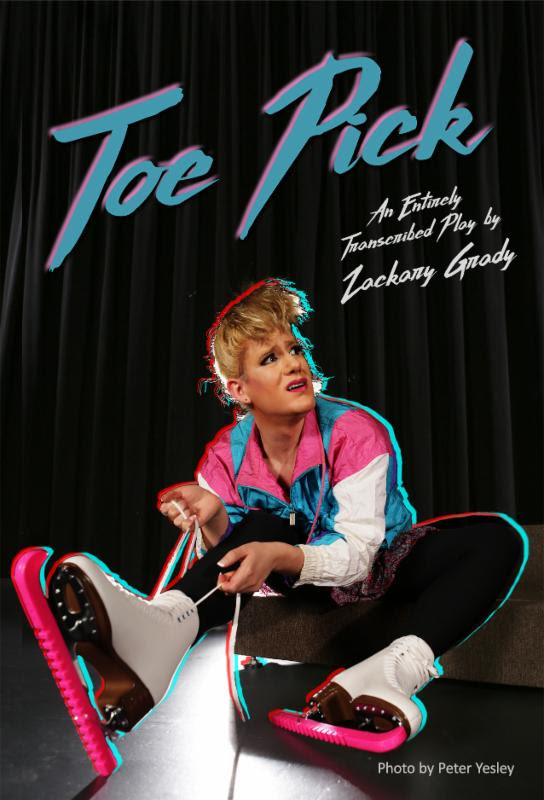 2018 is shaping up to be Tonya Harding’s year. From a controversial appearance at the Golden Globes to the Oscar nominated biopic, “I, Tonya,” chronicling the figure skater’s rise and fall, it seems that Harding is everywhere these days.

Now, the infamous story of the 1994 attack on Nancy Kerrigan has come to the theater in “Toe Pick.” The show, performed at the alternative theater Dixon Place, is a hilarious and deft piece. It highlights the sensationalized nature of the media, while keeping audiences laughing.

The show begins with a lone Harding (Zackary Grady). As she watches clips of old figure skating routines, she passive aggressively argues with her mother on the phone, who shortly thereafter delivers a hysterical monologue, explaining Harding’s work ethic. Harding’s mother LaVona (Jenn Harris) is able to capture the brash and unsympathetic nature of the real life inspiration.

Soon after, Kerrigan (Preston Martin) is introduced. Martin steals the show with his portrayal of the victimized figure skater. With dead eyes, a drone and unintelligible voice and a consistently dour expression –– as if he had just smelled something foul –– Martin’s performance brings humor and snobbiness to the portrayal of Kerrigan, who, in recent years, has been romanticized as the doll of United States figure skating.

At its core, the show isn’t as much about the personalities or back stories of the characters as it is about the actual events themselves. Newspaper articles that flash on the screen and actors who personify news publications recount the horrifying story of the attack with smiles on their faces.

As the plot moves along, the audience is able to see the extent to which the media sensationalized the events; exacerbating tensions between the skaters.

At one point, the show depicts an interview with then CBS news anchor Connie Chung and Harding, in which Harding storms off angrily after being prodded during the interview. It was Chung’s leading questions, accusatory tone and persistent nagging that force Harding to leave prematurely. Of course, Harding shoulders blame for what happened, but the show does a great job of explaining how the media pushed and prodded at both her and Kerrigan to whip up the story into a news frenzy.

Surprisingly, the best parts of the show were the skating competitions, in which the actors glided around the floor in socks, miming the skating movements. The ridiculousness of grown men and women fake skating and jumping on stage had the audience laughing uncontrollably.

“Toe Pick” is a wonderful show, filled with humor, tragedy, triumph and even some “skating.” The incredible performances of the cast lent themselves to the piece and created a show in which it was possible to laugh, cry and wonder how well we really understand the events that transpired decades ago.