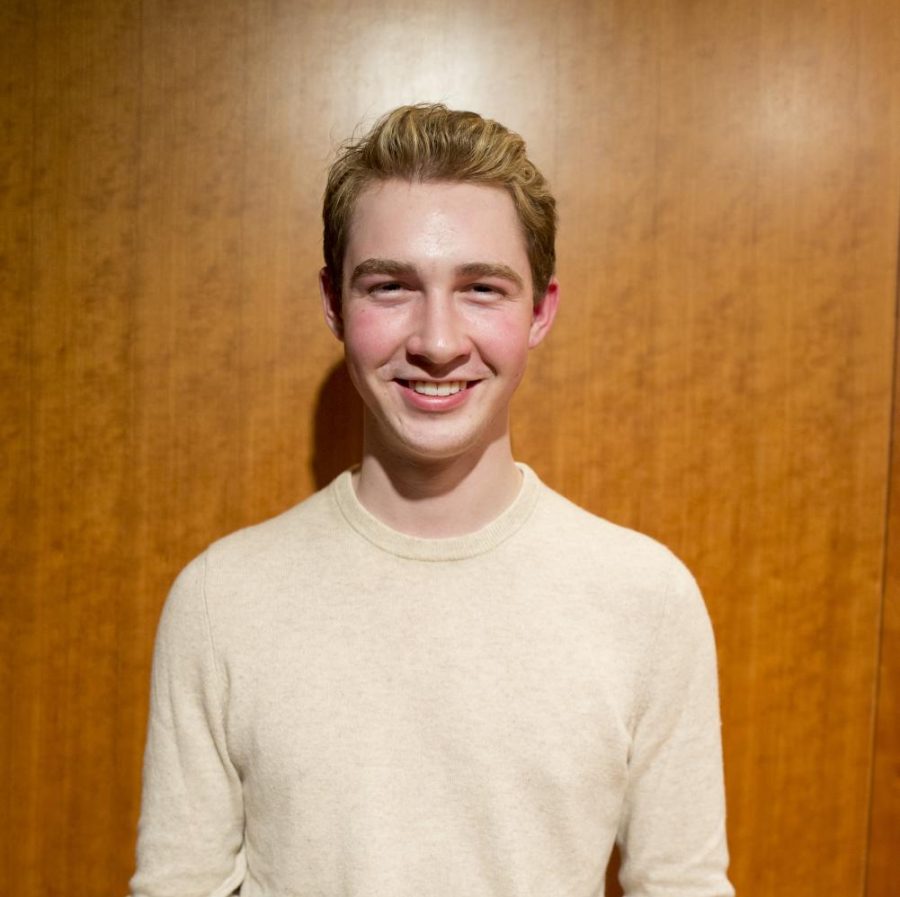 Upon first meeting Duncan Lemieux, you might think he’s off to dinner with his parents or coming home from a productive day at work based on his prim and ironed-out appearance. But that’s just how the SPS first-year, studying Real Estate, chooses to present himself on the daily, blending in among his older peers.

Earlier this year, IRHC had a vacant position of Vice President of Communications, which they opened up to first-years for the first time since upperclass students are usually only eligible for E-board positions. Lemieux, who was originally the president of Rubin Residence Hall’s council, expressed interest in becoming the newest and youngest vice president to join the E-board.

“I joined in November,” Lemieux said. “I just thought ‘all the stars are aligned’ and decided to apply. I already loved everybody on the E-Board; they were all so fun and friendly. I thought the role was perfect because of my interest in graphic design and marketing. Then, I was ultimately chosen for the role.”

For IRHC’s upcoming Ultra-Violet Live, a university-wide talent show, Lemieux has been running around from dorm to dorm in any weather to get the word out by delivering pamphlets and posters. His main role, which he dedicates approximately 10 hours to a week, is making advertisements for UVL to be posted on social media and throughout campus. But Lemieux concludes all the work is just a small price to pay for the relationships he’s made through IRHC.

“People are what make it all worth it,” Lemieux said. “From our fun and quirky advisors to the fun and friendly people on the [General Assembly] to the E-Board to the people I’ve met at conferences is what matters to me the most. And above all, seeing the people that come to our events thoroughly enjoy the events that we pour our hearts and souls into is really rewarding.”

Aside from getting involved on campus, Lemieux, who is originally from Canada, has been trying to explore to the city during his free time. He’s been circumferencing Washington Square Park to find the best — and cheap — eats around the city.

“I always go out to try something new around the city,” Lemieux said. “I’ve tried a little bit of everything, but honestly, my favorite place right now is Vanessa’s Dumplings. I’m always open to suggestions.”

With his passion and his eagerness to explore, Lemieux is bound to continue his presence in IRHC and on campus. Whether he’s marketing an IRHC event or selling you your next apartment, Lemieux can make anything he puts his mind to happen.