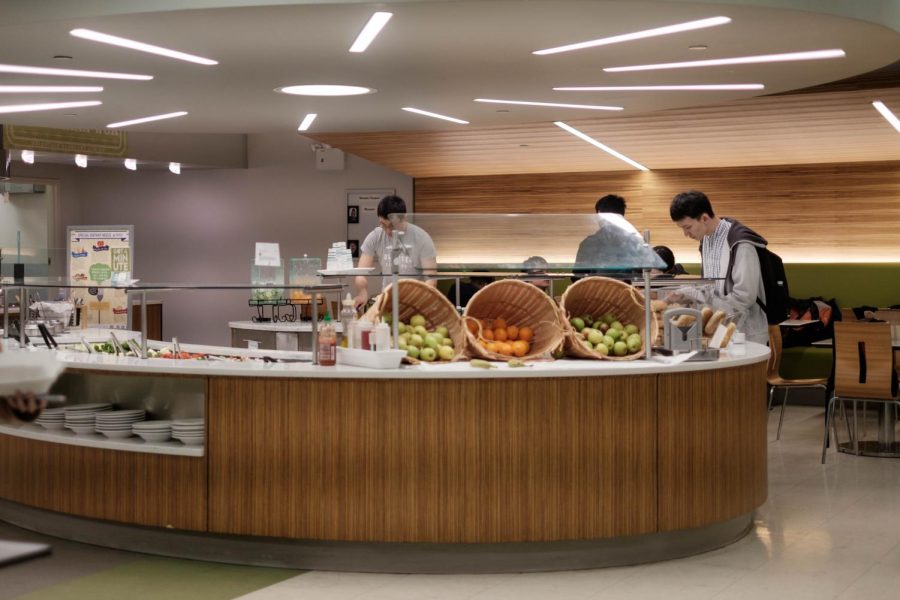 President Andrew Hamilton and Aramark both issued apologies for a Black History Month lunch  served in Weinstein Passport Dining on Tuesday that played into racist stereotypes of black people.

The meal included red Kool-Aid and watermelon-flavored water, as well as ribs and collard greens among other items.

WSN received statements from both Hamilton and CAS Dean Gene Jarrett regarding the incident, but Harris said she still has not received a response to her email at the time of publication.

“This school prides itself on being diverse and inclusive and global yet we have to deal with things like this that contradicts what the school is about,” Harris said in an interview with WSN.

In response, Aramark — NYU’s food contractor — has suspended the director of Weinstein dining, will conduct an investigation into how the menu items were chosen and will mandate sensitivity training for staff, according to a statement sent to WSN from Hamilton.

“We were shocked to learn of the drink and food choices that our food service provider — Aramark — offered at the Weinstein dining hall as part of Black History Month,” Hamilton said in the apology.  “It was inexcusably insensitive. That error was compounded by the insensitivity of the replies made to a student who asked Aramark staff on site how the choices were made.”

Harris said she was shocked and appalled when she discovered what was on the menu. Puzzled by the situation, Harris enquired with the staff and was eventually put in touch with head cook. Harris said she was further dismayed by the response from Downstein’s staff.

“Obviously the negative racial connotations and history of Kool-Aid and watermelon is why I took it upon myself to write you today,” Harris wrote in an email sent to NYU Dining Services and several deans. “Not only was this racially insensitive, this was just ignorant. In 2018, there’s no excuse for intentional and deliberate disrespect. ”

Harris posted a screenshot of her email on Facebook with a description of her reaction to finding the “Black History Month Meal” in Downstein. The post currently has almost 300 reactions, 92 shares and comments from numerous other students voicing similar outrage.

“I thank the students who responsibly brought their concerns with the Black History Month-related meal not only to my attention but also to the attention of key colleagues in senior leadership at the University,” Jarrett said in an email to WSN. “I am pleased to see that there has been a prompt effort to investigate the regrettable circumstances, but also to develop a long-term strategy to ensure that the insensitive offense does not happen again.”

This story will be updated as we receive more information.