I Asked a Random Person on a Date 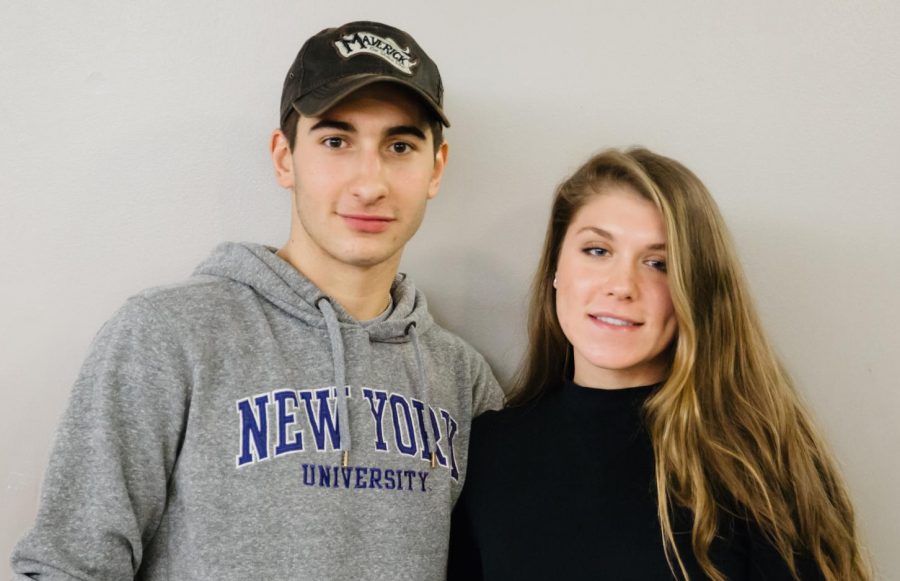 Maddie and her random date.

I asked a random person out on a date — and it was far from the worst experience of my life. Valentine’s Day is around the corner, and I wanted to challenge traditional celebrations of the holiday that generally focus on all things regarding partnered love and romance.

I think it’s important to show young people they don’t need to buy into the narrative that being single means you’re a failure. In fact, I think that the complete freedom to unwaveringly do as you please is something to be celebrated at this age. I asked a random person out on a date as a way to exercise this freedom.

The first challenge was actually choosing what random person I would ask on a date. For my own safety, I didn’t want to ask someone who was entirely a stranger, and that, in and of itself,  would be considerably more awkward. The boy I asked was someone I had seen before at school and work, but I didn’t know his name. I asked mutual friends to let me know if there would be a situation where the two of us would be in the same room. I ended up asking him when we were all watching the Super Bowl together.

Our date was at one of my favorite cafes, Mud Coffee, but he met me outside my residence hall so that we could walk there together. After talking to him at dinner, I realized he was probably a person that I never would have anticipated going on a date with, but not necessarily in a negative way.

He is in Stern and told me that he ultimately wants to make a lot of money in life. I am a Journalism major at CAS, and I haven’t given a great deal of thought to how much money I’ll make. He describes himself as religious and wears a cross around his neck. I can’t even remember the last time I stepped foot in a church.

That being said, I think we had similar personalities and the conversation was definitely interesting. We are both low maintenance people and he wasn’t taken aback at all by the fact that this entire date would be rehashed in an article and posted on the internet, which I respect.

From the beginning, I planned on paying for the meal since I was the one that asked him out, but when the waitress brought over the check, he wouldn’t even consider letting me pay. He said his dad would kill him if he found out that he didn’t pay for a date’s meal. Normally this kind of thing would bother me, but he managed to say it in a way that didn’t feel overbearing.

Ultimately, my takeaway from this experience is that asking random people on dates is something every person should try. It forced me to step outside my comfort zone and gave me the opportunity to learn more about someone that I wouldn’t normally approach. People our age can get caught up in someone’s reputation or superficial dating apps, but taking a chance and going out with someone totally foreign to you can be a refreshing experience. If you’re nervous about approaching someone you barely know, my advice is to set that aside and just do it. Odds are, they’ll probably say yes.