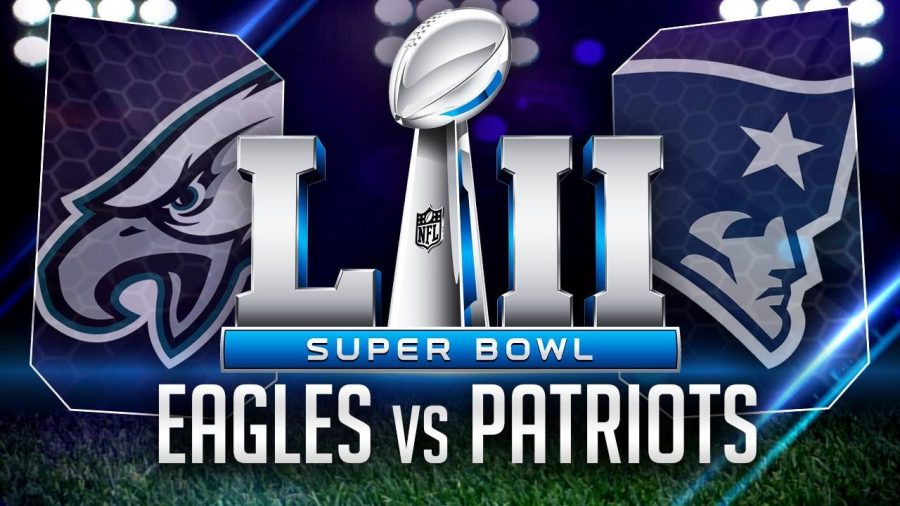 The Philadelphia Eagles and the New England Patriots will compete for the Super Bowl LII championship title on Sunday, Feb. 4.

The 2018 Super Bowl will take place on Sunday, Feb. 4 for a matchup between the Philadelphia Eagles and the New England Patriots. This is a big moment for many Philadelphia fans, as the Eagles have yet to win a coveted Super Bowl title. This year’s event is even more iconic because the last time the Eagles made it to the final game in 2004, the team suffered a heartbreaking loss at the hands of the Patriots. New England supporters will be looking to its biggest players like Tom Brady and Rob Gronkowski to bring them back yet another championship victory. NYU students were asked about their take on Super Bowl 2018.

“It’s Eagles and who? The other team is that irrelevant.”

“Sadly I think the Patriots will win, but I’d love to see the Eagles win. Brady is too clutch, and it’s just hard to bet against them in the Super Bowl, especially after last year. However, praying for the birds.”

“The Patriots will win because they’ll find a way to cheat.”

“Pats by a million because although the Eagles blew out the Vikings and are having a strong season, we have the best quarterback in the league and Belichick. Facing that competition and a five time Super Bowl champ is going to get in the Eagles’ heads. The Patriots always rally for the Super Bowl. Gronk is better and Brady’s hand is healed. Plus, there is a big last legacy challenge with Brady nearing the end of his career. Our defense has become one of the strongest in the league since the beginning of the season. I really don’t think the Eagles can end the streak.”

A version of this article appeared in the Monday, Jan. 22 print edition. Email Maddie Howard at [email protected]