NYU Students Excited By Sports — For Once 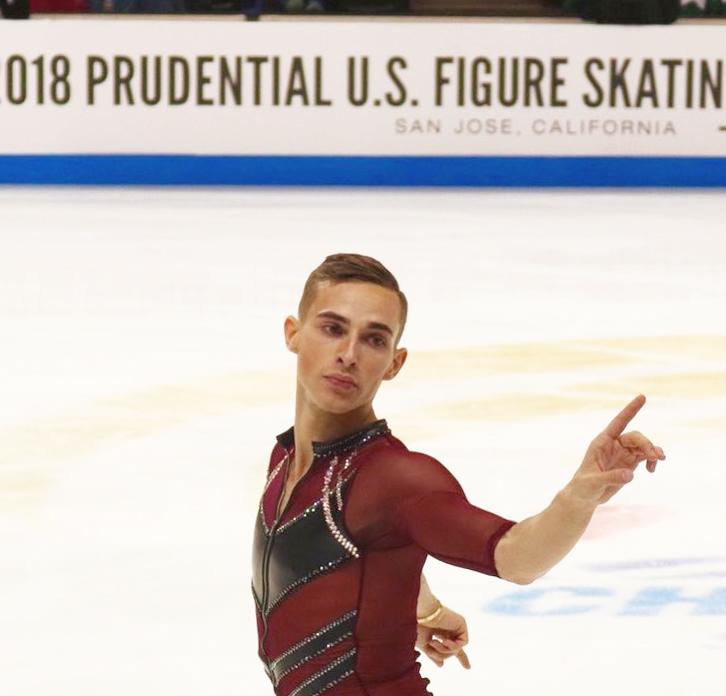 The 2018 Winter Olympics have yet to begin but are already causing a significant level of buzz around the world, and within the NYU community. With Russia being banned for anti-doping violations and gay athlete Adam Rippon speaking out against Vice President Mike Pence leading the United States’ procession, it seems like an interesting Olympics season is on the horizon.

Many NYU students, while not traditionally known for their enthusiasm about sports culture, consider the Olympics a time of importance for the nation. Some take this opportunity to reminisce on past memories of watching the games during their childhood.

CAS sophomore Ashlyn Krygowski remembers what the winter Olympics meant to her as a figure skater in her youth.

“I remember when I used to figure skate and I used to love watching the figure skaters in the Winter Olympics,” Krygowski said. “When I was younger the first woman I ever watched skate was Michelle Kwan.”

Stern sophomore Nikki Tucci is a former basketball player and has a personal connection to sports played in the winter season.

“While I love basketball, during the Winter Olympics I like to watch sports like ski-jumping and ice hockey,” Tucci said. “It takes me back to my New Hampshire roots where I loved to be outside and in the snow.”

Other students think that this Olympic games signifies more than just an opportunity for the best of each country to display athletic prowess.

Dan Sanchez, CAS junior, believes the Olympics can serve as a way to make up for America’s current lackluster on the international stage.

“I think it’s a great moment to show what the American people can do, despite the sh-tty leadership,” Sanchez said.

Sanchez isn’t the only one who thinks that these Olympic games could be particularly impactful for the U.S. Russia, one of the U.S.’s biggest competitors, has been banned in lieu of numerous doping violations.

CAS senior Neil Saddler is a member of the NYU Track and Field team and said he looks forward to Russia’s Olympic absence.

“I’m on board with Russia’s exclusion from the Olympic games,” Saddler said. “I think they should be banned for cheating and I am glad it will help the United State’s medal chances.”

There is a caveat to the Russian punishment, though — Russian athletes who have been found innocent of anti-doping violations will be allowed to independently compete as Olympic athletes from Russia. Russia as a nation will not receive any accolades.

CAS junior Maddy Schier believes that the cleared athletes should be allowed to officially represent Russia.

“I completely understand how serious doping is and that athletes who do that should face consequences,” Schier said. “I support that many Russian athletes who have been cleared can still compete, but I don’t think it’s fair to punish the entire country and the athletes who are cleared by not letting them officially represent Russia and compete for their country.”

The United States and Canada are predicted to win 28 and 31 total medals, respectively, with 11 and seven of them being gold. South Korea itself is also predicted to win a total of 10 medals — seven of these gold — which is one more than its previous best record. North Korea will also be sending its athletes to compete in the games in South Korea despite the outstanding tension between the two countries.

The games, which start on Friday, Feb. 9 and will continue through Sunday, Feb. 25, should see some interesting changes with plenty of countries and athletes to contend for the medals that Russia had to leave behind.

A version of this article appeared in the Monday, Jan. 29 print edition. Email Beth Sattur and Maddie Howard at [email protected]