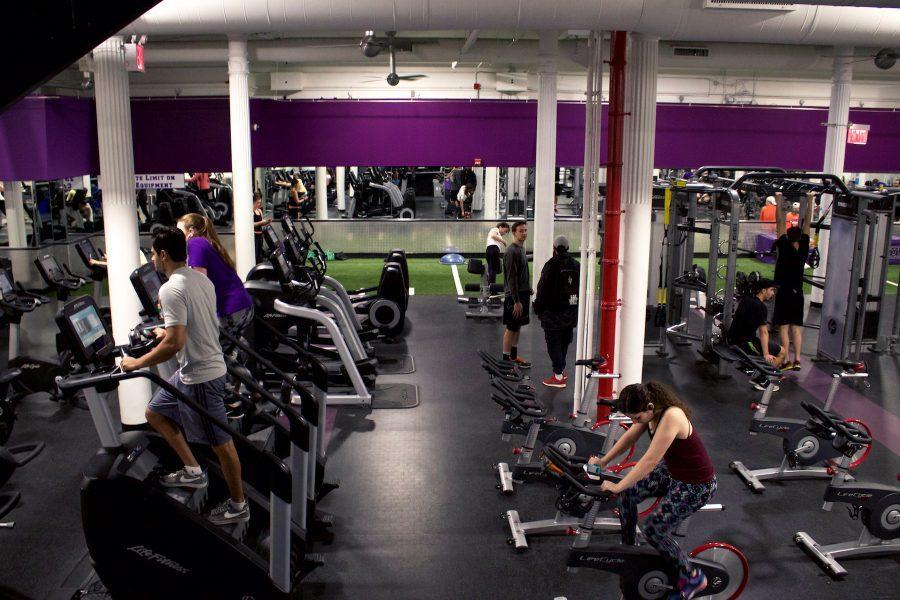 Workout area at 404 Fitness. 60% of NYU students surveyed state that they resolve to work out more often in 2018.

January is the time of year when people turn to horoscopes, the Chinese zodiac and the Gregorian calendar for inspiration while busting out their phones to post “#NewYearNewMe” selfies. For most, January brings lots of hope for self-improvement as many of our New Year’s resolutions tend to be geared toward health, finance or nutrition. This is because Janus, the two-headed Roman god for which January is named, is derived from the Latin word ‘ianua,’ which means door. As the god of doorways, bridges, passageways and all entrances and exits alike, Janus symbolizes beginnings and endings. With two faces, one facing the past and one facing the future, Janus is the source of much of our new year philosophy of self-reflection.

However, studies show that only eight percent of Americans who jot down their resolutions at the start of the year manage to follow through on them. Whether your resolution is to spend more time at 404 Lafayette Gym or the Lipton Dining Hall salad bar, we’re going to help you minimize the chance of repetitive failure and help you to follow through with your goals for the new year.

“I want to join more clubs and take heed of the great community here at NYU,” Oh said. “It’s my freshman year and I want to do more.”

Gabriele Oettingen, NYU professor of psychology and author of the book “Rethinking Positive Thinking: Inside the New Science of Motivation,” mentions in her book that we should be realistic in our approaches of planning for the future. Positivity and optimism are good in foresight; however, when we become overly optimistic in our efforts to achieve a goal, this can lead to disappointment.

When we make unrealistic resolutions that we aren’t ready to work for, we become increasingly discouraged over time. This decrease in motivation over an extended period leads to what many psychologists call learned helplessness, or the feeling that failure is unavoidable and out of your control. Don’t deceive yourself by taking on a task too challenging or that you don’t truly want to do. This will only lead to lack of confidence and failure of your resolution.

With New Year’s resolutions, we must also allow ourselves to become a bit uncomfortable. It’s human nature to protect ourselves. We block out the fear of failure by lowering our expectations, which is counterproductive to achieving your goal. Change happens when you no longer tolerate this sort of mediocrity of existing in your comfort zone.

Lastly, let your actions speak louder than the expected rewards. When we focus more on the outcome of a task than on the task itself, this leads to a disconnect. We must not simply focus on the results of our actions but make sure to take in the beauty of the action itself. That is when we find true happiness in what we do; and, thus, success is bound to come.