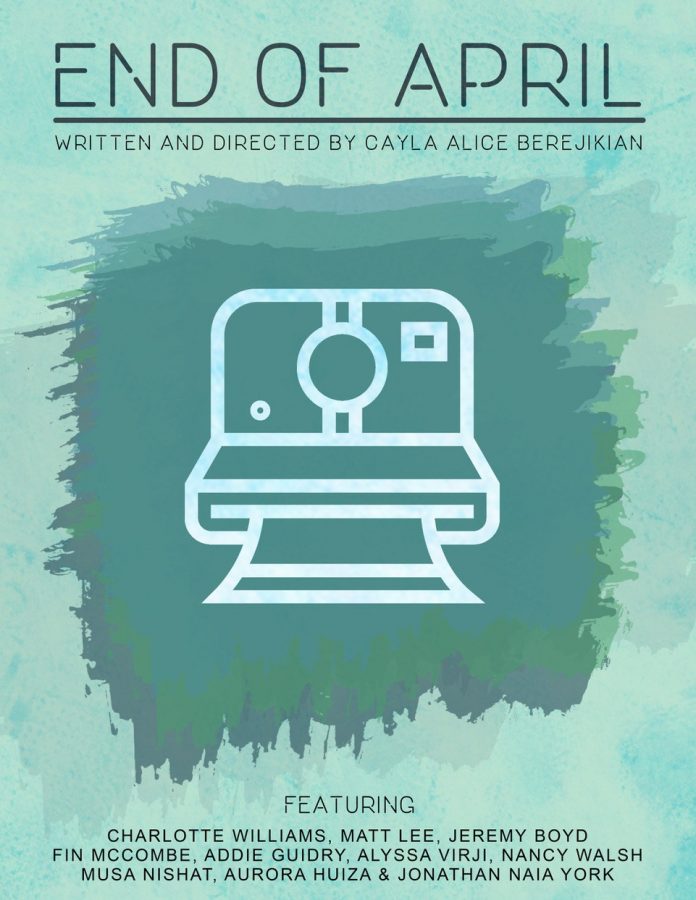 The New York Theater Festival will host their annual Winterfest Fest from Jan. 2 - Mar. 4. This year CAS sophomore, Cayla Berejikian, will have her original production for ‘End of April’ performed on Feb. 22, 23 and 25 at the Hudson Guild Theater.

The New York Theater Festival is currently holding its Winterfest competition, and on the docket this year is an original production from CAS sophomore Cayla Berejikian.

“End of April,” written and directed by Berejikian, will be performed by a cast of 10 — eight of whom are NYU students — next month at the Hudson Guild Theater. Over 80 productions are participating in the festival, and $2,500 is awarded to the best play at its conclusion.

Berejikian’s contender for the cash prize chronicles an impoverished girl named Katie who lives with her brother and bitter alcoholic mother. Others tell Katie that she has the unique potential to accomplish big things. Urged to go achieve what she is supposedly capable of, Katie struggles with whether or not she should leave the dull world around her.

“The central themes in this show are hope, opportunity and the power of choice,” Berejikian said. “To some people, potential is unreachable, merely a dream obtainable only by those who are special or privileged. Beliefs like this are powerful as they define our reality, and they draw the line between hope and despair.”

This is the first full play Berejikian has written. Hoping to bring her story to the stage, she entered the festival and was chosen. Auditions were held, and the psychology major recruited a production team to bring the show together.

“I wanted to recruit passionate NYU students who were seeking experience for their resumes. I found a wonderful stage manager [named] Ruth Bergman, a producer [named] Yaneirie Rondon and a design team,” Berejikian said. “We made a calendar and everyone got to work.”

An experienced director, she trusts her actors to bring her story to life.

“While I do have a vision of the show in my head, I am more excited to see what ideas the actors and designers bring to the piece,” Berejikian said. “There are so many ways to tell the story, and I trust and value their perspectives and creativity.”

The Winterfest Festival is one of two major festivals produced by the New York Theater Festival. Both festivals are competitions, offering awards to not only the best play, but also to the best actor, actress, stage manager, set designer and more.

The festival prides itself in giving playwrights and actors a chance to perform in a professional space and an accommodating atmosphere. Tisch sophomore Addie Guidry stars in “End of April” as Lola, a feisty, intelligent young woman. For Guidry, the opportunity to perform in a New York theater festival is unique and exciting.

“It’s a great opportunity for students all around to do what they love and showcase their work,” Guidry said. “Not even just students — any artists in the city who are looking for a platform.”

A version of this article appeared in the Monday, Jan. 22 print edition. Email Emily Fagel at [email protected]