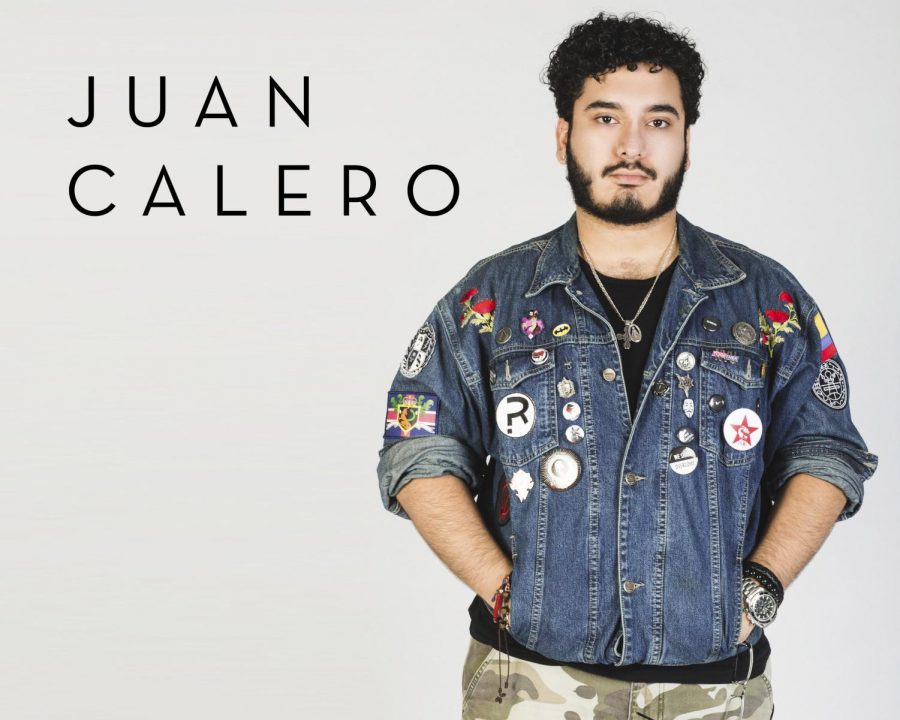 Juan Manuel Calero Canaval will not take your bullshit.

The fifth year CAS student, currently the chair of Student Government, has spent his undergraduate career standing up for marginalized groups — whether that be against the university, other students or professors — to build a more inclusive community at NYU.

Since his freshman year, Calero, who majors in Social and Cultural Analysis and Religious Studies with a minor in Latin American Studies, has been involved in bridging cross-cultural unity between black and brown communities at NYU. The Calí, Colombia native served for two years as president of Latinos Unidos Con Honor y Amistad and was involved in NYU PorColombia and NYU’s chapter of Phi Iota Alpha.

Calero said that when he arrived at NYU, the atmosphere for students of color, and especially black or brown students, was dire. He noticed that the life of cultural organizations on campus was diminishing, people weren’t participating and students were miserable.

“I genuinely believed my first year, the general sentiment of the student body toward the university was a complete sense of hopelessness and lack of faith,” Calero said.

Students felt that the university wasn’t listening to their desire to increase diversity and inclusivity. In the fall of 2015, diversity discussions spread throughout campuses across the country and inevitably reached NYU. Students could not hold in their frustrations with the unwelcoming and uncomfortable atmosphere on campus any longer, and the tension manifested itself in a three-hour listening session on Nov. 19, 2015.

“Countless students of countless identities just kind of cathartically [expressed] their misery at NYU,” Calero said. “No one was expecting that. I wasn’t expecting that. Dozens of students came out, different identities, and really expressed how miserable they were at the university.”

It was that semester that Calero dropped his two science classes — at the time, he was a third year pre-med student majoring in Biology and Chemical Engineering — and focused on chairing the Demands List Committee of the Black and Brown Coalition.

“My parents were of course furious — I genuinely believe a rift of Hell opened,” Calero said. “I could almost hear my mother’s screams whenever I told her.”

The committee worked all semester to voice students’ concerns with diversity and inclusion at NYU, and ultimately delivered 31 demands to the university to take a step in the right direction. The demands included the creation of the Executive Vice President of Equity, Diversity and Inclusion post, which was filled by Lisa Coleman in May 2017. The University Senate approved the creation of the Equity, Diversity and Inclusion Task Force in December 2015, and Calero served as one of the student members. NYU has manifested the recommendation of the task force in the form of the Being @ NYU survey, which Calero also helped produce.

Calero has seen marked change in the campus climate already, from his freshman year to the fraught fall 2015 semester to this year. Seeing social justice and cultural organizations claiming power and a shift in the makeup of student governance, was extremely impactful for Calero.

“For me personally, it means that we did something right,” Calero said.

Last year — after the dramatic shift in his academic focus — Calero worked on an honors thesis. Under the guidance of former Social and Cultural Analysis Professor Josie Saldaña and Associate Chaplain Shekih Faiyaz Jaffer, he researched “brownness under the brown gaze” at NYU, a look at what being “brown” meant to diverse communities categorized as such, like Latin Americans and Muslims.

According to Saldaña, Calero’s original project was ambitious. But it was characteristic of him to tackle such a big idea, Saldaña said, even though she had to help him narrow it down.

“He’s a big thought kind of guy,” Saldaña said. “He’s like the blue sky kind of researcher. He wants to understand the totality of the problem, not just its current manifestation. He wants to get a really full sense of it.”

“That’s the kind of scholarship that you want, one where one’s research bleeds into one’s activism and vice versa,” Saldaña said. “I think that’s why he was interested in how coalitions happen and how to make coalitions happen more frequently and so that was a lot of what motivated the project.”

Now, Calero focuses his energy into his position as chair of the Student Government. As chair, Calero presides over the Student Government Assembly, Student Senators Council and President’s Council. Calero’s days are so filled with meetings, he says he feels like he spends more time in them than in classes or doing schoolwork. On Calero’s public Google Calendar, even the time slots marked busy have time slots marked busy nested within them.

Calero views his role as one in which he represents the will of the students to faculty, administration and the University Senate. He says he wants to and does challenge the university to do and be better regarding diversity, equity, inclusion and belonging on campus. And he isn’t afraid to be the opposition.

“One of the titles of the Pope is servant of servants of Christ,” Calero, a Catholic, said. “So I think about my position in that context, like I’m a servant of the students of the university. I try my hardest to fight for the student body on various issues.”

Despite continuously fighting the administration for the student body, Calero loves NYU. After all, he chose to come to the school for a reason. He just wants to make it better.