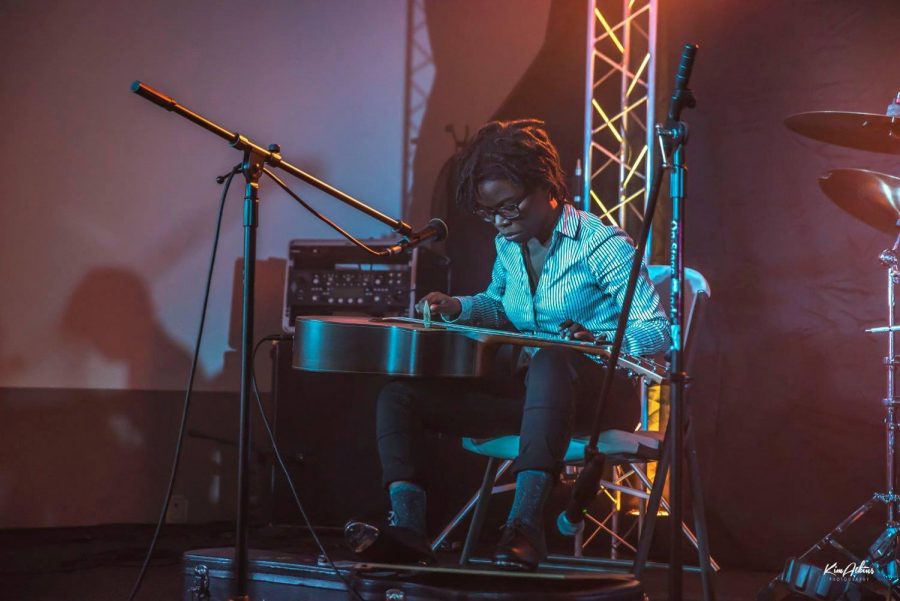 The guitar is one of the most versatile instruments on earth, and Yasmin Williams is not afraid to take advantage of that fact. Williams is a senior in Steinhardt studying Music Composition. She played clarinet for 10 years, picked up guitar in eighth grade and never looked back. Williams plays an extremely unique style of guitar called lap-tapping, one she discovered on her own.

“You play the guitar on your lap, horizontally,” Williams said. “It’s like a piano.”

In addition to guitar, Williams has experimented with a variety of different genres from electronic to solo piano. Recently however, she’s been very committed to the guitar, citing live performance as a one of the main reasons.

“I can’t really perform a beat, I’m not a DJ, that’s not me,” Williams said. “I just prefer guitar over hip-hop. I did a lot of rock and metal stuff when I was younger. I don’t really do that anymore, I’m not really into it. I’m way more mellow now.”

Williams uses music as a way to relax. That’s how she finds her inspiration.

“It’s a chill out moment,” Williams said. “If I’m having a stressful day, I’ll just play guitar and write music then. I rarely hear a song and get inspired, like ‘I really want to write a song like that,’ it’s maybe happened once. I’ll hear something and really appreciate it, but I don’t think in terms of ‘I should do that.’”

With her unique playstyle, Williams often ends up in a creative space surrounded by peers with vastly different approaches to their instruments.

“It can be tough — most people think it’s cool,” Williams said. “Sometimes it’s hard to find people to play with because they’re like ‘I don’t know what to do with it,’ or they can’t do it so they don’t know how to write around it, so I have to be kind of creative in that sense.”

Even with the talent and clear sense of control she exerts over the guitar, she has discovered that you can’t please everyone.

“I was in Guitar Center, where [this kind of thing] usually happens,” Williams said. “Some old guy walks in, he’s like, ‘Why are you hitting the guitar? That’s not how you’re supposed to play it.’ I’m like, ‘I didn’t ask for your opinion, but thanks.’ I’ve gotten a lot of that.”

However, the critics are definitely outliers. Yasmin recently won Culpepper’s Got Talent, a talent competition near her hometown of Woodbridge, Virginia.

“It was really fun,” Williams said. “Everyone was really good, which is weird because Culpepper is like a small town. The show was put on really well, the venue was nice. It was a good experience.”

Culpepper’s Got Talent wasn’t her first time in the talent show scene. She won NYU’s Ultra Violet Live competition freshman year, where she performed for a sold-out venue at the Skirball Center for the Performing Arts. She said that performing in front of a full house doesn’t get to her when she’s playing.

“I find that I’m really nervous hours beforehand, but while I’m onstage, it all goes away,” Williams said. “And then after I’m nervous again.”

Williams said that her main focuses are releasing an extended play, getting a manager and playing more gigs.

You can find Yasmin Williams on Soundcloud.

A version of this article appeared in the Monday, Dec. 4 print edition. Email Connor Gatesman at [email protected]