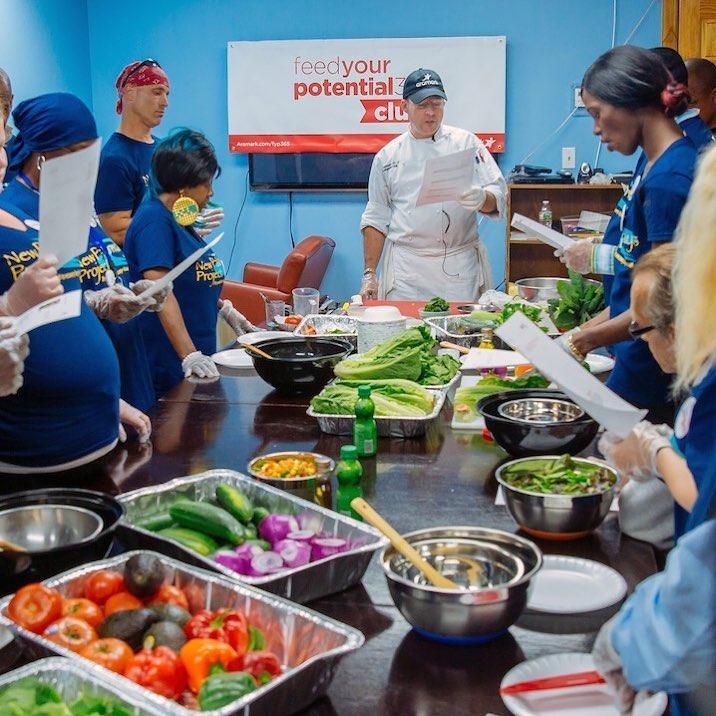 Aramark, NYU’s food service provider, is being urged to adhere to healthier and more responsible standards in their food and practices.

“Lots of students come to us looking for different ways to get involved and Real Food Challenge is a way for students to plug into that and make change,” Earth Matters President and CAS senior Aryn Aiken said. “We’ve gotten access to more and more information about the food we’re serving in the dining halls.”

Two years ago, the group used The Real Food Challenge’s calculator to determine what percentage of food on campus was deemed ‘real.’ According to the Real Food Guide, a food must be ecologically sound, fair to workers, humane or local/community based. A product must only meet one of these standards to be considered real.

“Two summers ago, we did the calculator with the help of the Office of Sustainability and we have less than one percent of real food,” Aiken said. “For comparison, the New School did the Real Food Challenge [calculation] and now they’re up to 30 percent real food.”

In the time that has passed since the calculation, NYU unveiled Lipton as a representation of sustainable dining initiatives.

“I do think some things have changed since then,” Aiken said. “Lipton [Dining Hall] is supposed to be majority local food, but I don’t know how true to its purpose it is. I know that based on the calculator, the soups in Kimmel [Dining Hall] are the realest food we have.”

However, Aramark and NYU Dining Services have not yet agreed to other Real Food propositions.

“We presented that data to Aramark and NYU Dining Services and we asked them to sign a commitment saying that NYU will have 20 percent real food in their dining halls by 2020,” Real Food Challenge group leader and CAS senior Laura Palo said. “They said they would have an Association for the Advancement of Sustainability in Higher Education stars assessment done, which is a sustainability assessment that has Real Food standards incorporated in it, but they never gave us the data for it.”

As NYU’s contract with Aramark is about to expire next year, the group is trying to get the word out about the importance of real food.

“Our contract with Aramark is about to be up, so that means NYU will be in a position where they can make more direct demands or even consider changing food service providers,” Aiken said. “We’re not sure how that process will go, but we do want a student voice to be incorporated and for those Real Food Challenge standards to be considered.”

The group is not necessarily opposed to Aramark, but it wants them to adhere to Real Food standards should they return. One student, Tisch freshman Anastasia LeDuc, is in support of the Real Food Challenge, but believes a change of food service providers is crucial to their cause.

“I think [the Real Food Challenge] is important,” LeDuc said. “I think we sure as hell shouldn’t be with Aramark though, I don’t want them feeding us while they’re also feeding prisoners food with maggots in it. I think, being in New York where we have easy access to real food, we should take advantage of that.”

Though gathering student support is their main goal right now, group members are also working on a Real Food cookbook for seasonal winter recipes. It will debut on Monday, Dec. 11 at the Kimmel Center for University Life.

“We’re trying to get the message across that making real food isn’t that difficult,” Aiken said.

A version of this article appeared in the Monday, Dec. 3 print edition. Email Amelia McBain at [email protected]