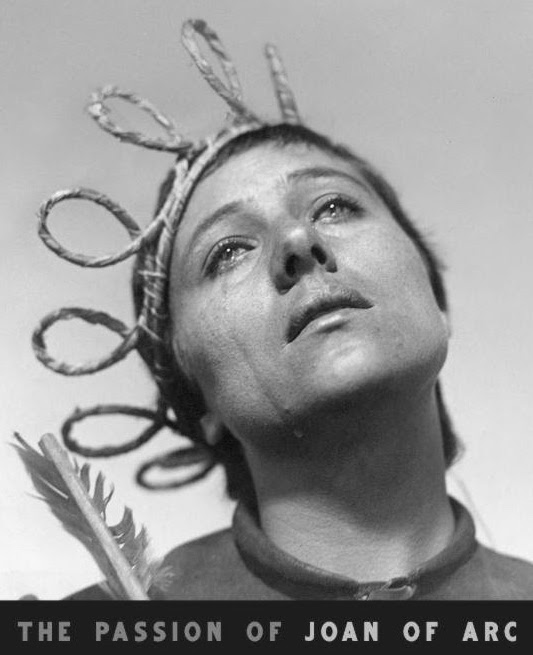 Miraculously restored from the original cut of film, “The Passion of Joan of Arc” tells the story of the fabled warrior Joan in her last hours.

Danish director Carl Theodor Dreyer’s 1928 cinematic masterpiece “The Passion of Joan of Arc” has had a difficult journey since its inception. Not only did Dreyer draw criticism for not being French like the subject of his work, but the archbishop of Paris demanded several excisions to be made on the film before it was screened. Six weeks after the premiere, a fire destroyed the original negative. Miraculously, in 1981, an original negative of Dreyer’s final cut was found, preserved and eventually restored 30 years later.

The film follows the 15th century warrior, Joan (Renee Jeanne Falconetti), during the final hours of her trial as a captive of England during the 100 Years’ War. She is treated inhumanely and pressured exhaustively by French clergymen who are still loyal to the English. The clergy charges her for heresy — Joan claims God spoke to her — and tries to persuade her to change her story in exchange for life imprisonment, as opposed to being burned at the stake.

The most striking aspect of “The Passion of Joan of Arc” is the cinematography, specifically Dreyer’s use of closeups. As none of the actors were allowed to wear makeup, the closeups further emphasize the intricate, and at times grotesque, facial features of the characters. Moreover, the close shots intensify the violation of Joan’s physical and spiritual freedom by the clergymen. Multiple low angles — achieved by positioning cameramen in holes below ground level — are used for the clergy, portraying them as looming, larger-than-life monsters. Dreyer also utilizes several tracking shots which are masterfully executed and were unprecedented given the time period. The film does justice to Joan as a hero and martyr, but also tackles religious persecution and institutional hypocrisy. It praises the utmost devotion to God, but also questions when that devotion falls on the wrong side of the moral compass, corrupting societies.

Falconetti gives a groundbreaking performance as the titular character. With little to no dialogue except title cards, she embarks on a physically and emotionally brutal journey, portraying both the stoic, suppressed side of Joan and the raw, unhinged aspects. Given that much of the film is fixed solely on her face, it is easy to get lost in her heartbreaking gaze and sorrowful tears. Although Falconetti was primarily a theater actress, she arguably gives one of the best performances in any silent film — or any film, period.

Unlike many large-scale productions of the time, Dreyer did not have a pre-written score sent with the film. The restoration uses operetta and instrumental music composed by Richard Einhorn. The music is hauntingly beautiful and will tear viewers’ hearts out. The score elevates the film, providing an extra layer of depth and pathos.

From its troubled release to its restoration in 2015, “The Passion of Joan of Arc” has remained a quintessential silent film classic. It boasts a phenomenal lead performance from Falconetti, incredible technical aspects and powerful questions on how religion interacts with society.

A previous version of this article stated that the instrumental music was composed by Adrian Utley and Will Gregory, when in fact it was by Richard Einhorn.