A Powerful Portrait of the Holocaust 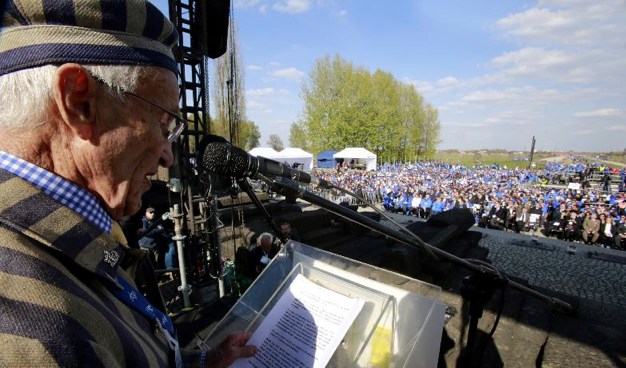 “Destination Unknown” tells the story of holocaust survivors as they try to find the light in a world filled with darkness. The film hits screens Nov. 10th.

Chronicling the stories of 12 Holocaust survivors, “Destination Unknown,” directed by Claire Ferguson, combines intimate interviews with rare archival footage during and after World War II to craft a moving and potent documentary. The survivors bravely tell their stories, some for the first time, sharing harsh experiences from concentration camps, such as Auschwitz-Birkenau. The documentary does not only focus on their nightmares and liberation: it takes further steps to show how these survivors endured the aftermath of the war and came to build new lives amid the post-war chaos.

Despite following so many subjects, Ferguson did each subject’s story justice. She navigates the harrowing stories with masterful ease and mixes in interesting pieces of Super 8mm film footage and old photographs to give a full and accurate representation of the time period. Although “Destination Unknown” features a somber score, it never cheats the viewer to evoke emotions. It tugs on heartstrings but is nuanced, never getting overtly emotional to the point of artificiality and never becoming so broad that it becomes bland.

The Holocaust documentary has essentially become its own subgenre. These are stories that need to be told, but “Destination Unknown” avoids covering old ground from past films and from history itself. The film could benefit from cutting its runtime by 10 or 20 minutes, but that should not take away from Ferguson’s storytelling methods and how well she handles the material. The documentary does not just throw fact after fact at the viewer but actually nurtures several emotional journeys with its subjects. Nothing presented in the film can easily be found in a history textbook; the film warrants its existence beyond its critical subject matter. The survivors are real, and “Destination Unknown” proves inspirational in portraying how they have recovered from tragic experiences.

Perhaps the most familiar part of the film is its section on Oskar Schindler, who was portrayed in Steven Spielberg’s Academy Award-winning “Schindler’s List.” Many survivors, including Schindler’s right hand man, speak in depth about how Schindler helped liberate them; another shares a story of serving as a maid to Nazi officer Amon Göth, the antagonist of “Schindler’s List,” and later being liberated by Schindler.

“Destination Unknown” is a competently made documentary that bravely explores an important subject matter without ever falling back on tropes or staging scenarios. Ferguson’s deft directorial mind make the film into an effective and powerful Holocaust documentary.