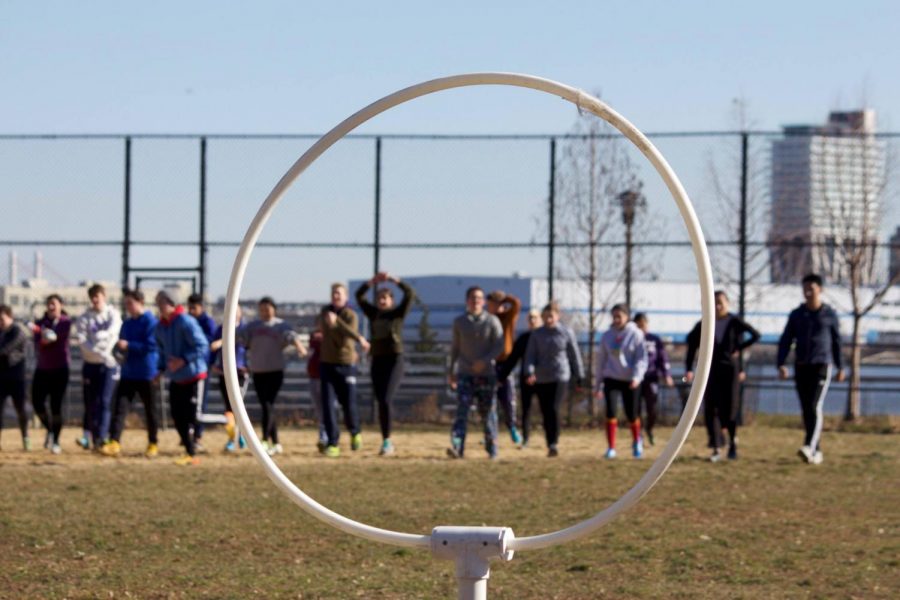 All Harry Potter lovers know and cherish the game of Quidditch. Wizards fly across the field on brooms, dodge the bludgers, score with the quaffles and chase down the snitch. Sadly, the magical world of Hogwarts only exists within the pages of J.K. Rowling’s “Harry Potter” novels. Nevertheless, college students across the nation have the chance to partake in a bit of this magic, sans the flying broomsticks.

Here at NYU, quidditch is alive and well. There are two teams, Varsity and Pigeons. The Pigeons is a casual team, while the Varsity team is more time consuming. The Varsity team practices two to three times a week at East River Park. The team plays most of its games tournament style through the National Quidditch League.

This league has two types of teams, collegiate and community. The community teams are made up of college graduates, while the collegiate teams are comprised of college students. The nation is split into regions, so teams compete in regional competitions in order to advance onto nationals in the spring to face teams from across the country. NYU Varsity and Pigeons compete in the Northeast divison.

The main difference from the fictional game is that players run across the field with a broomstick between their legs rather than mounting on flying broomsticks.

A freshman on the varsity team, Kellan Cupid, said he found out about the team over the summer on a Facebook group, but most players come from the club fair. Cupid also said that although the game might seem easy on the surface level, quidditch can be taxing.

“It is an extremely physical sport with tackling and lots of running, but also it’s a game of immense finesse,” Cupid said.

Cupid also commented on the success of the team at NYU.

“Last week we were ranked about 14th in the nation, which is exciting since we are pretty good this year,” Cupid said.

Evidently, Quidditch has grown from a mere fictional fantasy to a nationwide phenomenon. While NYU Athletics has a lot of exciting sporting events you can attend this fall, be sure to look out for the quidditch teams making their magic.

A version of this article appeared in the Monday, Oct. 30 print edition. Email Tori Bianco at [email protected]