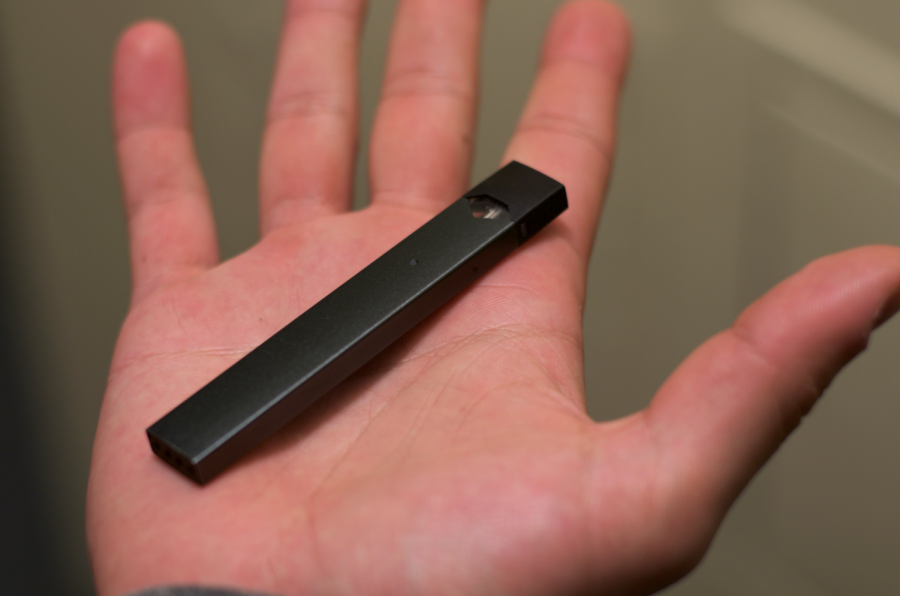 A new device for vaping is taking over the NYU campus among students, the juul. New York Governor Andrew Cuomo’s new bill bans vaping in public indoor areas or anywhere smoking is already prohibited, as this might affect students on campus.

Electronic cigarette usage is no longer just a tangential, niche alternative to traditional smoking: it has become a hot-button political issue. According to the New York Times, New York Governor Andrew Cuomo signed a bill on Monday that will ban vaping in all public indoor spaces or anywhere smoking cigarettes is already prohibited.

NYU is certainly no stranger to vaping. Despite NYU’s school-wide smoking ban, students have noticed peers vaping outside academic buildings, while traveling between buildings and even inside NYU dorms.

Though the legal age to vape in New York City is 21, underage students can purchase vapes in other states or overseas and bring them to campus, according to an LS freshman who requested to remain anonymous. Another popular option is to use fake IDs to purchase them in the area, short-circuiting the system, as practiced by a CAS freshman and an LS sophomore, who also both requested anonymity.

Juul seems to be increasingly popular among NYU students. This is especially true for younger students — while some upperclassmen say that they have never seen or even heard of Juul, many underclassmen observe that Juul is the most common e-cigarette used by their peers.

The trend is in no respect restricted to NYU — Juul is increasingly prevalent among college campuses nationwide. At the University of Illinois, The Daily Illini recently released an editorial documenting the product’s rise in popularity on its campus. According to amNew York, Juul usage has prompted Senator Chuck Schumer to call on the Food and Drug Administration to enforce stricter laws against kids purchasing Juul e-cigarettes.

Pax Labs speaks adamantly against underage use of Juul, and Vice President of Corporate Relations at Juul Christine Castro has denied that its products are tailored toward younger users. The company also recently made it illegal for users under 21 years of age to buy its products online nationwide, no matter the legal age for vaping in that state.

“We are strong supporters of effective regulation designed to prevent the improper sale and/or use of our products,” Castro said. “And we always welcome the opportunity to work with lawmakers, regulators and advocacy groups in pursuit of restricting our product to its intended consumers.”

Some students at NYU are skeptical of Juul’s quality and appeal. While one LS freshman, who requested to remain anonymous, feels that Juul is popular due to the discreteness and size of the product, he prefers to use a vape mod, another popular type of vape that allows more control of settings than Juul offers.

“Juul is OK for just a nicotine delivery device,” he said. “But it offers no customization or temperature control.”

Another LS sophomore, who also chose to remain anonymous, forgoes Juul for an entirely different reason: the taste. She prefers to use another product, the Aspire pocket vape.

“Though [Juul offers] different flavors,” she said, “I noticed that Juul has a type of common taste, a quality to it that’s bitter.”

Other NYU students are all in on the Juul craze. The anonymous CAS freshman cites Juul as an effective and desirable alternative to smoking traditional cigarettes.

“I smoke cigarettes and my friend said that it’s better to Juul and let me try it,” the freshman said. “I thought it was good, so I bought one. I actually prefer cigarettes, but cigarettes are more expensive.”

Other students cite Juul’s quality, and specifically its ability to produce a short-term nicotine high, commonly referred to as a buzz.

“Up to the Juul, vapes had never given a buzz,” a Stern freshman, who chose to remain anonymous, said. “Juul gives a buzz, and is therefore more popular than other forms of vapes.”

As e-cigarette technology improves, it seems likely that more user-friendly products like Juul will continue to rise in popularity. Setting it apart from many other vapes, Juul is incredibly discreet, allowing users to bring the product in and out of campus buildings with greater ease.

If Juul is any indication of things to come, campus administrators and state legislators will have an increasingly difficult time regulating an entirely new generation of e-cigarettes that are both easy to use and nearly impossible to detect.