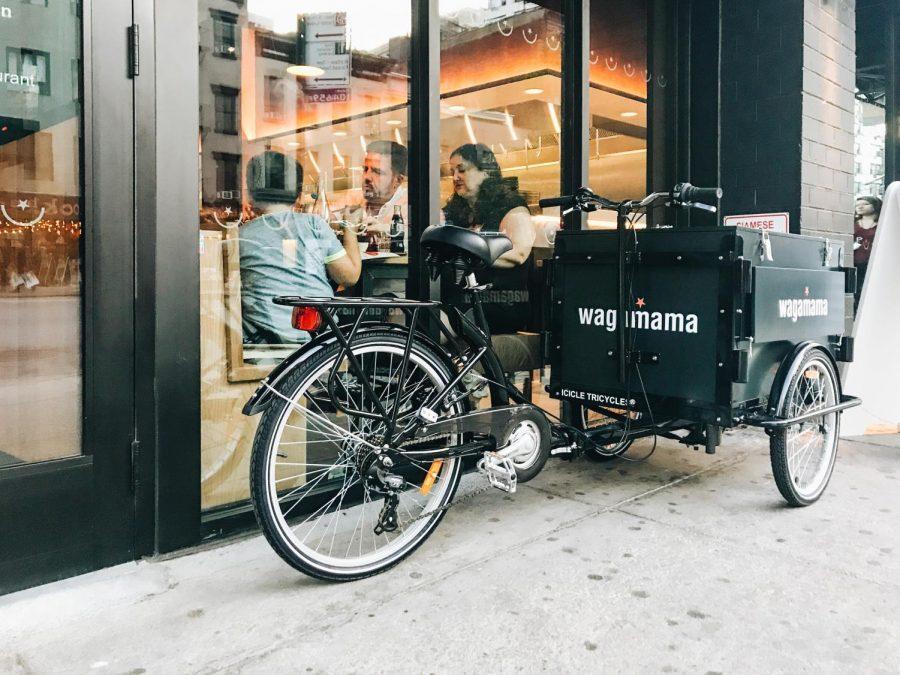 The United Kingdom-based restaurant chain Wagamama opened its second New York location on Oct. 4, just across the street from Third Avenue North Residence Hall. Wagamama first opened its doors in London in 1992 and has since expanded to 22 different countries. It specializes in fresh, made-to-order East Asian food. The menu mostly focuses on Japanese favorites like ramen and donburi, but it also includes dishes from other countries in that region, like Korean steak bulgogi and the Thai staple pad thai.

The restaurant itself has a very modern look. It is all sharp-edged light wood and dark metal, yet the atmosphere still feels warm and inviting. This could be attributed to the open kitchen, the upbeat rock music playing over the speakers and the fleet of amiable British servers making jokes as they recommend their favorite dishes. The head chef of the new location, Vihang Patel, thinks this is a restaurant for everyone to come and enjoy a bite.

Patel started working at Wagamama in 2006 as a part-time porter and has worked his way up in the company for the past 11 years. He gave off the impression that he and the other employees genuinely love working there. This vibrancy Patel referred to shows in the food. Because each section of Wagamama’s menu has its own section of the kitchen, every dish comes out fresh whenever it’s ready. When I ate there, the first thing that hit my table was the beef brisket teriyaki donburi. It was savory, melt-in-your-mouth goodness mixed with fresh greens, carrots and sticky rice. The donburi was simply phenomenal. The next dish, a side of steamed veggie gyoza, was just as good. The gyozas were grilled on a stove top for extra flavor and crunch.

In accordance with its made-to-order style, part of Wagamama’s ethos is memorability.

“I think the most satisfying thing to me about my job is when I see empty plates,” Patel said. “I think everybody has to leave happy, satisfied and I think they should feel like coming here is worth it. I want this to be memorable.”

Patel definitely hit his goal for the East Village location; it was a very memorable meal. That being said, my dinner ended up being a little pricey for me, totaling about $25. I will say that it wasn’t over-priced for what it was — both the food and portion sizes were great. However, for a college student on a budget, Wagamama can only be an occasional splurge — but one well worth it.

A version of this article appeared in the Monday, Oct. 23 print edition. Email Amelia McBain at [email protected]