The Twisted Brilliance of ‘The Killing of a Sacred Deer’ 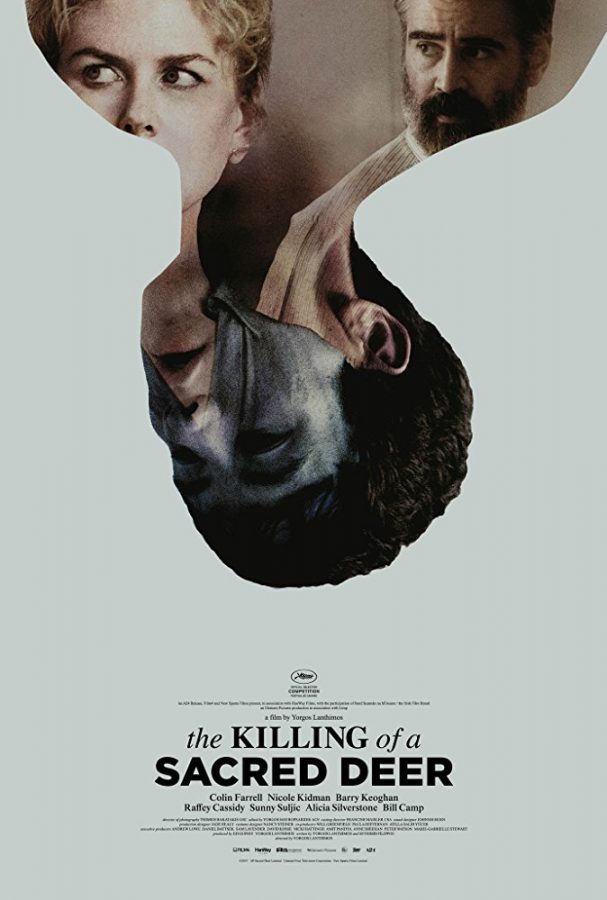 Steven Murphy (Colin Farrell) is a respected surgeon leading a flawless life with his family, and when Martin, a fatherless teen, begins insinuating himself into the family's life, a secret which would shatter Dr. Murphy’s life is revealed.

A pounding heart beats in the open chest of a patient on the operating table. Scalpels and clamps appear as a surgeon’s hands use the tools to mend the organ. The image is both alluring and sickening — an excellently fitting open that establishes the atmosphere of Yorgos Lanthimos’ film “The Killing of a Sacred Deer.”

Colin Farrell, reuniting with Lanthimos, plays Dr. Steven Murphy, a cardiovascular surgeon who appears to have a pristine life. He lives in an ornate suburban house with his beautiful wife, Anna (Nicole Kidman) and their two young children (Raffey Cassidy and Sunny Suljian). In between operations, he meets with the strange and enigmatic teenager, Martin (Barry Keoghan). Their relationship is unclear, but as the story treads on, Steven and Martin’s disturbing past is revealed. This prompts Martin to present an unspeakable and unsettling ultimatum that forces Steven to make a choice no father should ever be faced with.

Never before has a hospital been so horror-inducing as it is in “The Killing of a Sacred Deer.” Lanthimos takes the typical dreary, white walls of hospitals and exaggerates them into places of claustrophobia and sickness, rather than health. They become like a blank canvas, devoid of any emotion, and sinister because of their emptiness. The plot moves sluggishly, but it is what allows Lanthimos to sustain the anxiety-inducing tension that makes the film so psychologically potent.

Much like Lanthimos’ previous work “The Lobster,” “The Killing of a Sacred Deer” offers his signature surreal and blunt dialogue. It is completely unnatural and jarring in the real world, but Lanthimos uses this to draw laughs, while also contributing to the strange nature of the society he has fabricated. Farrell and Kidman master the monotony of their words, detailing the unfurling of their characters’ emotional breakdowns. Keoghan is the standout star as Martin, utterly petrifying, finding horror in the smallest nuances and habits.

Lanthimos has reached a new level of psychological horror — one so offensive, inconceivable and disturbing that knowing it came from a human mind is terrifying. “The Killing of a Sacred Deer” plays on people’s innate propensity for the morbid; the film is fully conscious of the fact that the audience will never look away, no matter how horrifying the scene. Lanthimos is unaffected by the inherent risk of making such a polarizing film, and his lack of hesitation to tackle these taboo topics lets the film flourish free of any boundaries.

“The Killing of a Sacred Deer” is a monumental descent into the perverse and gruesome crevices of the mind. It crosses all the lines a morally-decent person would normally set, but does so in a way that prompts the viewer to question just how twisted their own mind is. The film crawls under your skin, like an insect meant to chew through flesh. It is mercilessly unapologetic, fueled by slow-burning tension, and brazenly original — it is Lanthimos’ boldest work yet.

“The Killing of a Sacred Deer” opens in New York theaters on Friday, Oct. 20.