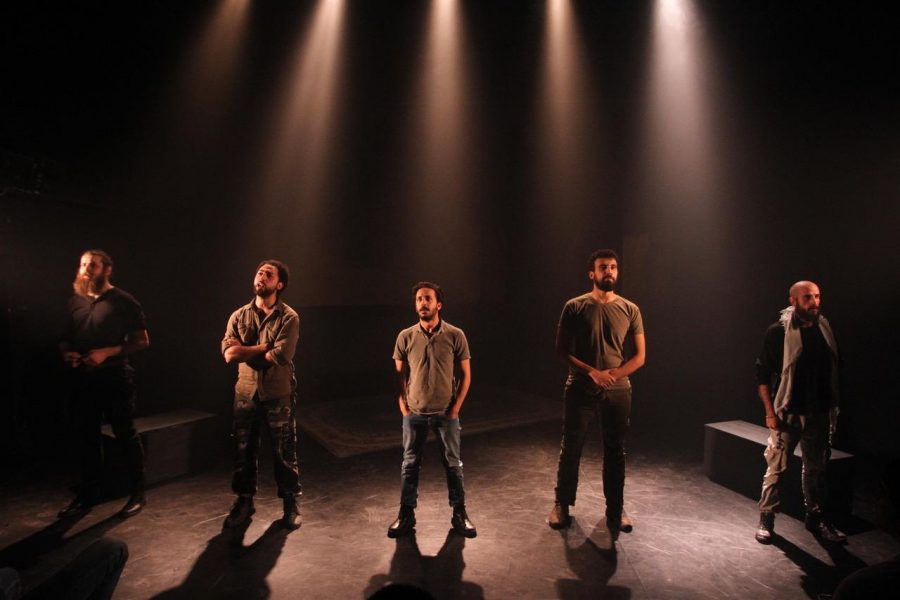 The Siege is based on the 2002 event that Palestinian fighters were trapped in the Church of the Nativity in Bethlehem for 39 days. Starting Oct. 12, this story has been brought to the stage of NYU's Skirball Center for the Performing Arts by the Palestinian Freedom Theatre.

In 2002, Palestinian fighters were trapped in the Church of the Nativity in Bethlehem for 39 days. Starting Oct. 12, this story has been brought to the stage of NYU’s Skirball Center for the Performing Arts by the Palestinian Freedom Theater.

The current production follows an attempt last year to present the play at the Public Theater. The play is drawn from interviews conducted by directors Nabil Al-Raee and Zoe Lafferty. According to the producer Thomas O. Kriegsmann, the Public’s artistic director, Oskar Eustis, approached him following internal pressure, and the project had to be abandoned. Kriegsmann then brought the opportunity to Skirball.

“Kriegsmann had this project of something that I had never heard of before,” Senior Director at NYU Skirball Jay Wegman said. “It’s not something you would see anywhere else in New York. It’s quite timely.”

While previous productions have been met with controversy, Wegman said that there has not yet been any backlash. The show was announced on Aug. 1 in Broadway World and The New York Times, and Wegman said Skirball has received a largely positive response.

In part, this may be due to the work that Skirball has put into the programming surrounding the production.

“We are trying to contextualize it,” Wegman said.

NYU Skirball’s website features reading lists and response articles, called “Indefinite Articles,” responding to each of this season’s productions. In the Indefinite Article for “The Siege,” Eustis reflects upon empathy, Aeschylus’ play “The Persians” and the mission of the Freedom Theater.

“‘The Siege’ is necessary theater, doing what theater does best: opening the world up to us by seeing it through the eyes of someone else,” Eustis said in his response letter.

The production fits Wegman’s vision for the current Skirball season. According to Wegman, the season features voices that engage with conflict, underrepresented voices and voices with something new to say.

“Palestinians voiced in a clear or pure way does not happen that often” Kriegsmann said on the importance of the production. “Freedom Theater is a vehicle for conversation. We need to hear another side as well.”

While Kriegsmann and the Freedom Theater initially planned on a tour of the United States following the upcoming production at NYU Skirball, the tour will not continue after the productions at NYU. Kriegsmann remains hopeful that a U.S. tour will be possible within the next year or so.

Based in Jenin, Palestine, the Freedom Theater uses art and theater as a form of cultural resistance. The organization stages productions which confront issues unique to its community. Its outreach programming including workshops, performances, and screenings. The Freedom Theater’s Performing Arts Training Program trains students through a three-year program in acting, dance, playwriting, design and management.

The Siege runs from Oct. 12 to Oct. 22 with performances Tuesday through Saturday at 7:30 p.m. and Sunday matinees at 3 p.m. Ticket prices begin at $65. Students tickets are available for all performances for $15. The play is performed in Arabic with English supertitles. Tickets are available online at www.nyuskirball.org/events or at the NYU Skirball Box Office, open Tuesdays through Saturdays from 12:00 p.m. to 6:00 p.m.