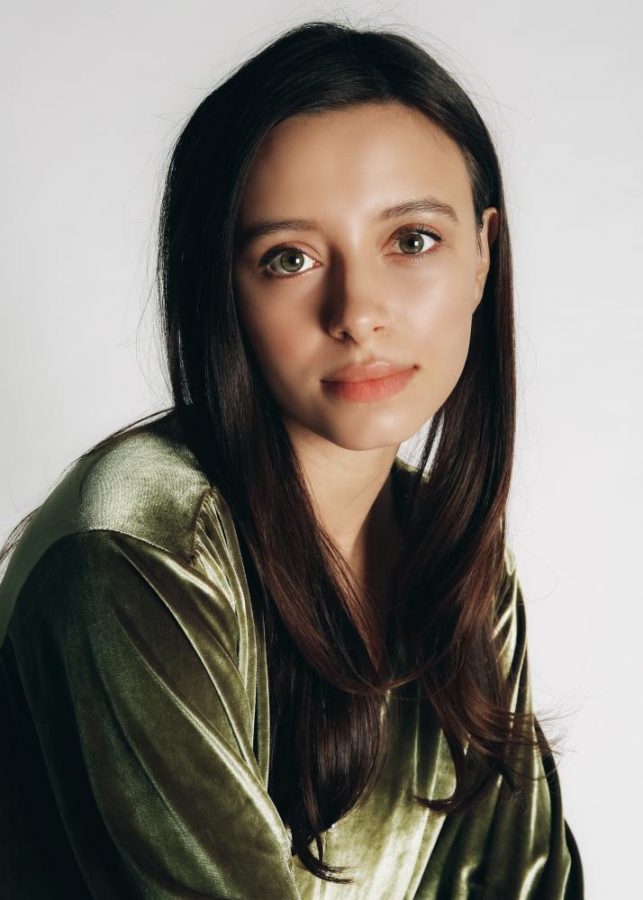 Elizabeth Cappuccino graduated from Tisch last winter. She has recently been promoting her film “Super Dark Times” and was in the season four premiere of “Broad City.”

For NYU Tisch alum Elizabeth Cappuccino, the times are a little brighter than the title of her new film, “Super Dark Times,” would suggest. WSN sat down with Cappuccino to talk about her experience at NYU and achieving her dreams as a young actress.

Washington Square News: Since you’ve graduated, you’ve had some really big projects like “Broad City” and then you played young Jessica Jones. What has that been like, and did your experience at NYU help?

Elizabeth Cappuccino: I technically booked “Jessica Jones” and “Super Dark Times” while I was still a student. NYU was great and bad at the same time. My first studio was amazing because they gave me amazing acting training, but they were also super strict about me missing for auditions, so that was really really hard. I’d often get in trouble for missing for auditions; one of which was Jessica Jones. In the fall semester, I booked “Super Dark Times” and I left school about three weeks early. Most of my teachers were
really amazing about it, so I’ve had a mixed experience of teachers that understood and were supportive.

WSN: Your newest movie “Super Dark Times” — how would you describe it to someone who has not seen or heard of it?

EC: I would say it’s a coming of age thriller and an exaggeration of the horrors of growing up and what adolescence is. It’s an exaggeration of that. It’s not what these filmmakers endured as teenagers, but it’s this idea that growing up is hard, and I think especially they’re focusing on toxic masculinity — what is it to be a young boy in that toxic environment of how boys act and how they are and how they’re taught to be by societal norms because this is the ’90s. Think of the ’90s and the kind of behavior that was acceptable, and you’re brushing that up with what is young love and guilt and everything like that.

WSN: How would you describe your character, Allison?

EC: Allison is so different from someone like Jessica Jones, so different from something like what I did with “Broad City.” I think it’s because Allison is so soft and she’s very much, archetypically, a caregiver. She’s definitely a little cooler than the boys. By being kind of cool and having an older brother, she fit in but when it came to romance was more naive and more innocent and wanted a meaningful relationship in her life. She liked Zach, this boy who’s an artist. She thinks, ‘Aw, I like him, maybe.’ I always picture her as every freshman girl in high school who likes a boy and doesn’t know what to do about it. No one’s good at love, at 15 or even now at 23.

WSN: You co-starred alongside Owen Campbell and Charlie Tahan. How was working with them?

EC: A lot of my scenes were with Owen, not as much with Charlie. Although Charlie and I have the same agent, we’d never met before, but we knew simi- lar people and working with them was really amazing. Working with Owen was great; some scenes are more tense than others so you become good at giving what the other actor need and understanding they need space on set to get into their zone. We were all living in this motel in Kingston, [New York in] this Best Western Plus. It was just like this family. I have such a fondness for everyone from that set still.

WSN: Are there any upcoming projects that you want to be a part of?

EC: When I’m older, I really want to play Tamera in Shakespeare’s “Titus Andronicus.” I’m also obsessed with the idea of playing Juliet in “Romeo and Juliet.” There was a project about the Manson girls that I got a call back for, and I really wanted it, but it ended up not going forward. These things are like all artistic endeavors like film, it’s a collaboration and my vision might have not lined up with the director’s vision. It doesn’t mean it was bad, it just wasn’t ultimately the right fit. I really want to work with Reed Morano and Woody Allen. I would love to work with Wes Anderson. There are so many dream directors. There are a couple of specific roles that I think sound really awesome but it’s more of working with people who are really talented and seeing what they do and just collaborate with them.

A version of this article appeared in the Monday, Oct. 16 print edition. Email Amelia Reardon at [email protected]