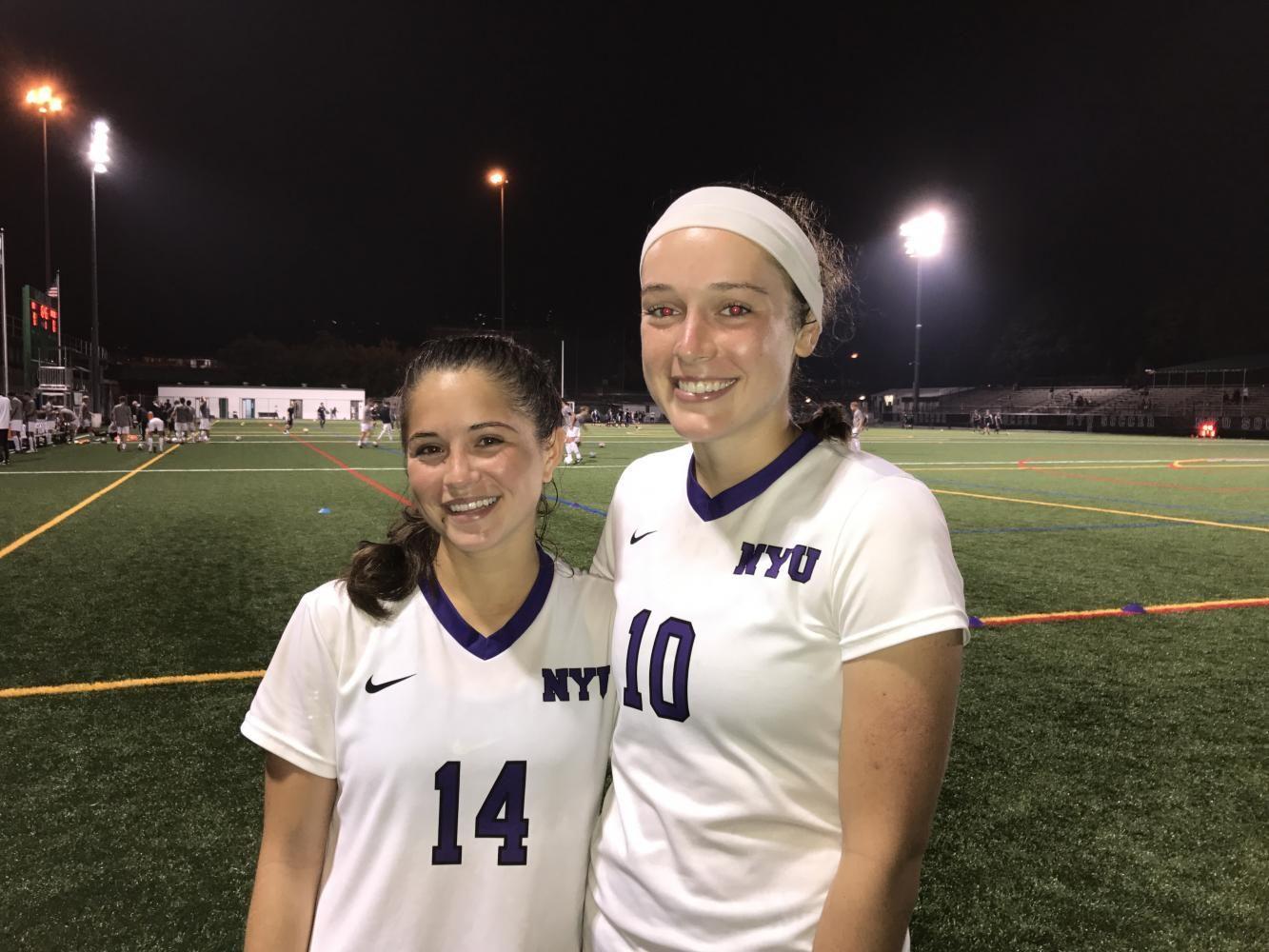 On Saturday evening, NYU women’s soccer uprooted a two-game losing skid with a 2-0 home victory against the College of Mount St. Mary’s Knights. The Violets scored one goal in each half to shut out the Knights and improve their season record to 3-2.

The team kicked off its scoring in the 37th minute, when freshman defender Nalani Ogawa scored her first career goal from the top left of the box off an NYU corner kick. Sophomore Alex Benedict scored the Violets’ second and final goal in the 61st minute
on a free kick.

Both goalkeepers, junior Michaela Brickley and freshman Meghan Marhan, shared the shutout victory, playing one half each. The Violets outshot the Knights 15-4 overall and allowed no shots in the first half. The team has not allowed a single goal in its three victories this season.

Benedict said that this win puts the team back where it wanted to be at the start of the season.

“It was great to get another win and to get back on track,” Benedict said. “Yesterday’s game was definitely physical, but we capitalized on a couple major chances to put the game away.”

Benedict has started in every game and leads the team in goals scored.

“I’m really excited to see how we keep building this season,” Schier said. “We have a lot of new players that are making a big impact, and yesterday just showed how much depth we have when it comes to attacking offensively.”

Schier has seen action in all five games for the Violets thus far.

The Violets have gotten off to an up-and-down start to the season. After shutting out its first two opponents, St. Joseph’s and Vassar, the team dropped its next two matches against Swarthmore and Stevens Institute of Technology. The victory against Mount St. Mary’s gets the Violets back on a winning momentum, which the team hopes to maintain.

“We have a couple difficult out-of-conference games coming up,” Benedict said. “This confidence boost will be really beneficial in ensuring that we’re playing as well as we can.”

The Violets hope to continue their winning streak Tuesday when they face off at home against the University of Scranton.

A version of this article appeared in the Monday, Sept. 18 print edition. Email Alex Domb at [email protected]