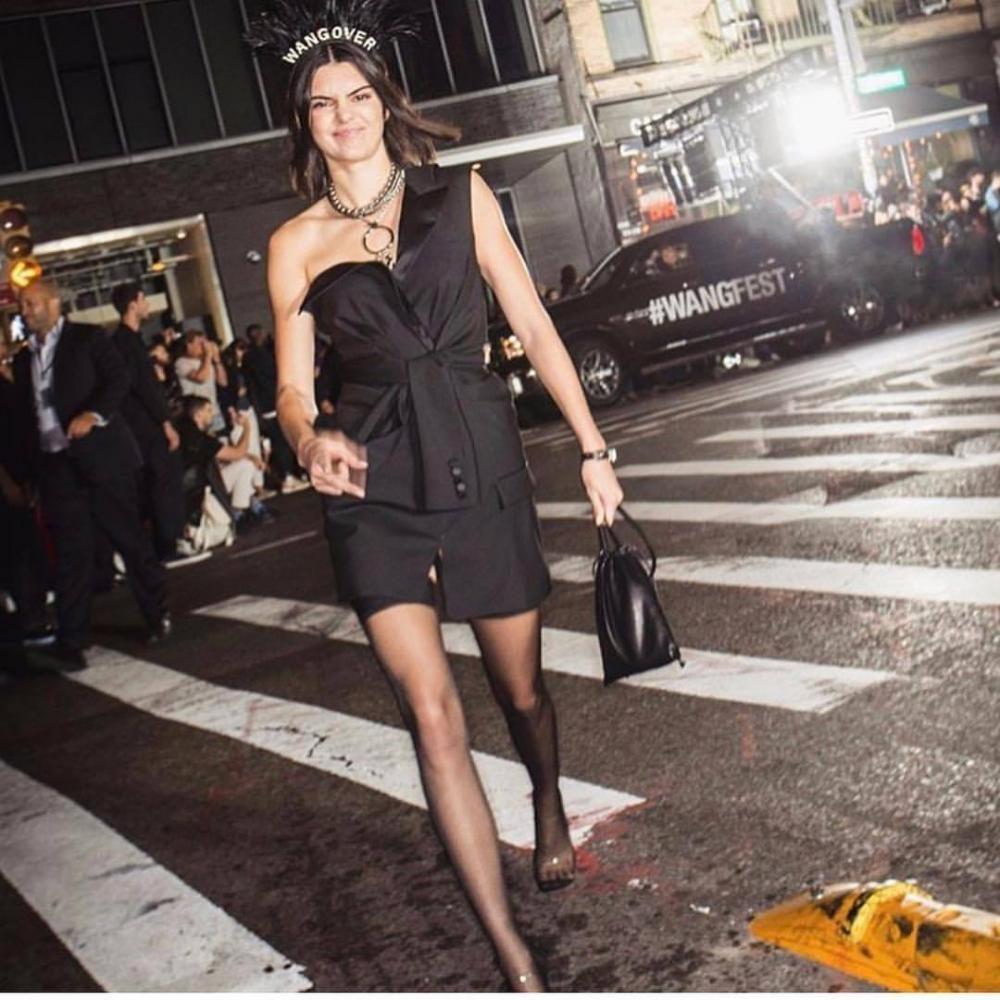 Last Saturday, many NYU students happened to be at the right place at the right time, receiving an experience that some can only dream of — sitting front row for a New York Fashion Week event. Wangfest was a citywide runway show, where Alexander Wang turned our ordinary streets into his catwalk. With a tour bus full of models — including Bella Hadid, Kendall Jenner, Candice Swanepoel and Kaia Gerber — Wangfest hit three New York locations: Broome Street, Astor Place and outside of the Bushwick warehouses in Brooklyn.

Wangfest has received major attention due to its accessibility, as the audience was composed of both fashion followers and curious passersby. One of those who stumbled upon the Astor Place show was LS sophomore, Anastasia MacEwen, who was accompanied by her friend.

“I had never been to a fashion show and barely knew who Alexander Wang was, but we decided to stay because it was a once in a lifetime opportunity,” MacEwen said.

While there were many in the crowd who were new to fashion, MacEwen described those around her as people with an interest in the industry. Some Alexander Wang fans waited hours outside his SoHo store earlier in the morning to get wristbands that would give them access to what they thought would be an exclusive show.

“I think the audience it did attract was still people with their foot in the door of the fashion world,” MacEwen said. “The girls to my left were fashion designers from Parsons, the girl behind me had an Alexander Wang purse on her, the kid to my right was telling me how fashion shows usually go and across the runway were people with wrist tags.”

Which brings us to an important question — what does it mean for the fashion industry when the shows are growing less and less exclusive? Wang’s typical show attendees, including editors and buyers, received invites to the Brooklyn location, only to spend an hour standing in the chill air, waiting for a glimpse at what others had already seen. Wang seemed to cater more to the streets than to the elite, which says something about fashion’s current direction.

With the rapid growth of social media and technology, consumers seem to have everything they need at their fingertips, especially since Wang livestreamed the event as well. As a society we have come to view popularity as what can gain the largest and most diverse audience, rather than what is most exclusive and out of reach.

While this may be to the dismay of those who have grown accustomed to being on the inside, it is important to remember that fashion is more than an industry — it is an art. Whether it be the music in the park, a SoHo gallery or a fashion show in the middle of the street, art can leave an impact on any and all who come across it — you just have to be lucky enough to be there.

A version of this article appeared in the Monday, Sept. 18 print edition. Email Tyler Crews at [email protected]