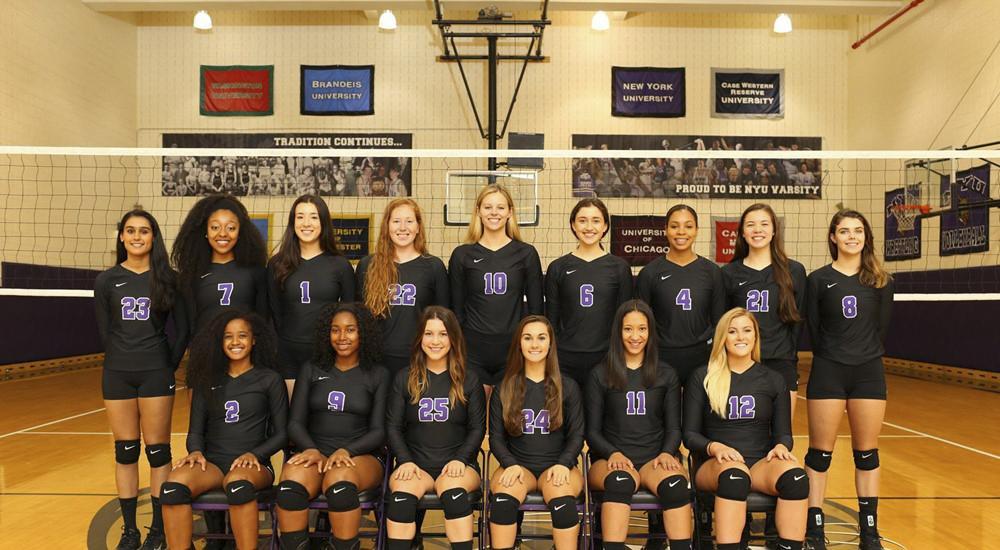 Women’s volleyball started off its matches in the Kean University Cougar Classic tournament on Friday, Sept. 8. The women ended their weekend with split results, finishing 2-2. This is an improvement from last weekend, when the team lost all of its games.

They first matched up against the host team, Kean University, finishing with a loss in four sets. In their second competition, the Violets battled against SUNY Plattsburgh in five back-and-forth sets. The Violets came out victorious in the end and senior Rayne Ellis completed a career high of 20 kills.

Team member and Gallatin freshman Kate Glavan explains that this weekend was one they can look back on with positivity. “This weekend we were able to develop more trust and we learned how to push through long matches that went to five sets,” Glavan said. “Hitters and setters were able to work consistently with one another, which was really beneficial. I feel that as a result from this weekend of games, we’ve showed so many improvements since last weekend.”

Glavan has started in every game for the team this season and has seen action in 32 sets.

On Saturday the Violets battled Hood College, beating them three out of five sets. They won their first two 25-7 and 25-18, but fell short in the second two losing 26-28 and 20-25. In their fifth and final set, they came back to win 15- 9, taking the game in five sets. Their last game was against University of Scranton, to whom they lost in four sets.

“It feels great [to gain a career high],” Kraetz said. “Our coach has been pushing me to work on my blocking technique so it’s nice to see that she’s helped me improve.”

Kraetz has played and started in every game for the Violets this season.

Reflecting on the weekend as a whole, CAS junior Daryl Mitchell explained that the team members come out of these matches with a newfound knowledge of their strength.

“This weekend’s tournament may have been in the same gym as last weekend’s, but we had a different showing in a positive way,” Mitchell said. “These matches revealed to us our team’s ability to dig and fight in longer matches of four or five sets. We now know the power we have in those types of situations and can move forward with a newly realized assurance and confidence going into future matchups.”

Mitchell has recorded starts in all of the Violets’ games thus far. Women’s volleyball will see the court again this coming weekend in the Ducks Classic hosted by Stevens Institute of Technology in Hoboken, New Jersey.

A version of this article appeared in the Monday, Sept. 11 print edition. Email Maddie Howard at [email protected]