The Green in the Concrete Jungle 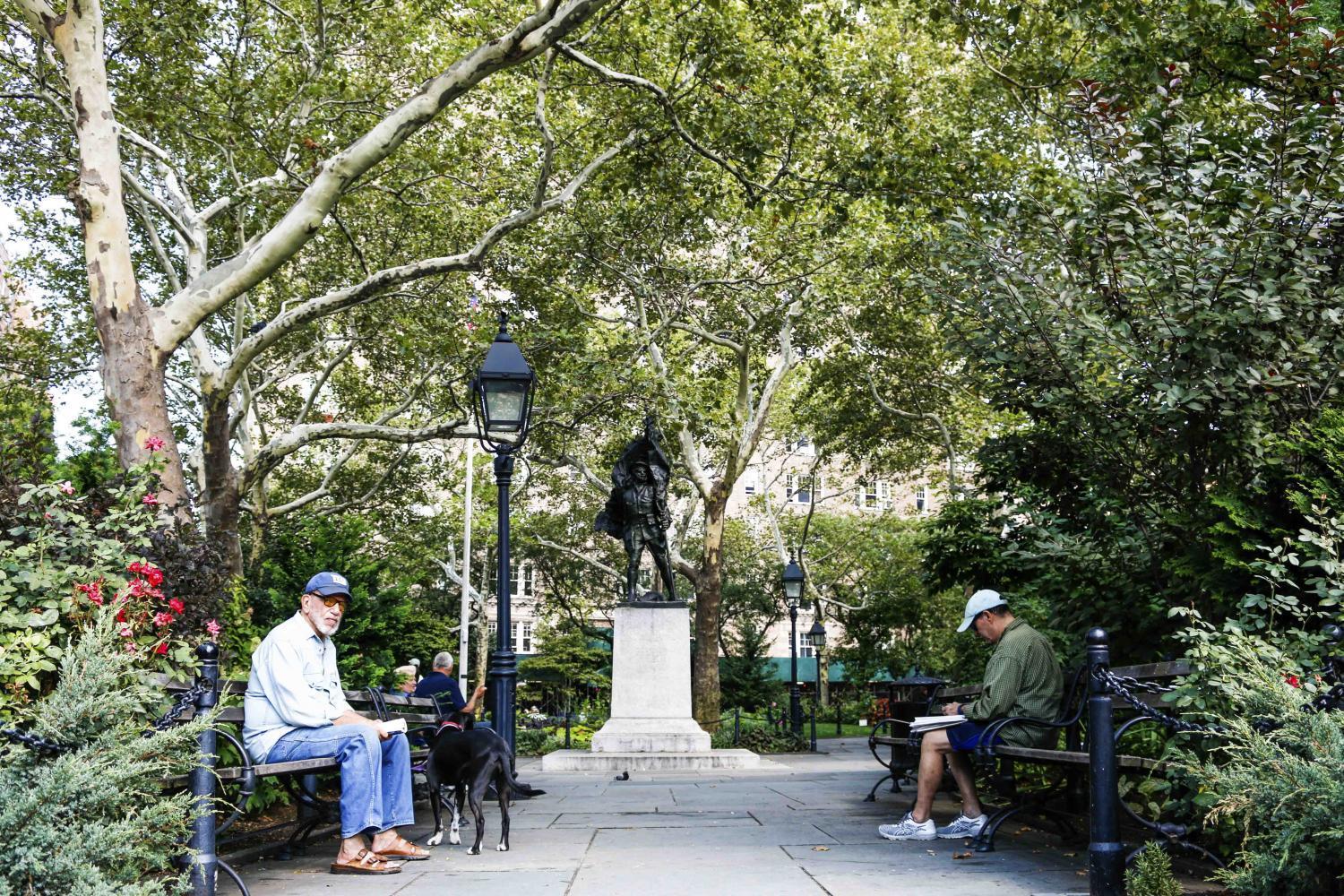 Abingdon Square Park is a little triangular park tucked away in the West Village where Hudson Street crosses Bleecker Street.

Going to Washington Square Park has become second nature for many of us, as we mindlessly cross through for class, or go for a breather in between the monotonous school day. Here is a park list for the unashamed tree-huggers and for the ones hoping to see some more green.

Smorgasburg is known as the gold mine for foodies — the perfect weekend destination for stuffing your face with decadent cheese and over-the-top fruit drinks. Once your food coma is over, check out the park in which the food festival is located on Sundays. Prospect Park has the last of Brooklyn’s indigenous trees and even a zoo.

Amid the hustle and bustle of the Financial District and the Charging Bull, do not skip over Battery Park. Other than the truly swoon-worthy view of the Statue of Liberty and the direct ferry to Ellis Island, there is the underwater SeaGlass carousel with dreamy lights, whimsical music and adorable fish to ride on. The park has hidden quirks like a step xylophone between paths and Bosque Fountain that puts on a breathtaking light and water show at night.

Venture out to Brooklyn Heights for a day of of endless relaxation and fun at the Brooklyn Bridge Park. Other than a restored 1920s carousel — Jane’s Carousel — the 85-acre park offers a skating rink and, in the summers, plays movies outdoors with the already scenic views of the city panned behind.

For a stunning view of the Queensboro Bridge, stroll over to Sutton Place Park. Located by the United Nations, the park comes with a sandbox, playground and a rather interesting statue of a wild boar which is in fact a replica of an Italian boar statue now displayed in the Uffizi Gallery in Florence.

If you are from Washington D.C. and miss the cherry blossoms (or just love the beautiful flowers), head to Sakura Park in Morningside Heights. To see the cherry blossoms, you would have to go during the spring, but the gazebo stands year-round.

A quite out-of-this-world (or city) experience, the New York Chinese Scholar’s Garden looks as if it is straight out of a Confucian poem. One of the two scholar gardens in the United States, the garden took about two years and a team of 40 scholars to make. A koi pond, waterfalls and a path of bamboo make the garden a calming oasis for many.

Atrium at the Ford Foundation is known as one of the hidden gems in New York. An overflowing greenery blooming in its full glory fills the 160-foot-tall glass atrium, minutes from Times Square. It is a surreal beauty that you have to see to believe.

Branch out and check out these lush places in the city for a picturesque scene and well-deserved break from campus.

A version of this article appeared in the Monday, Sept. 11 print edition. Email Liv Chai at [email protected]