‘The Graduate’ Restored in 4K for 50th Anniversary 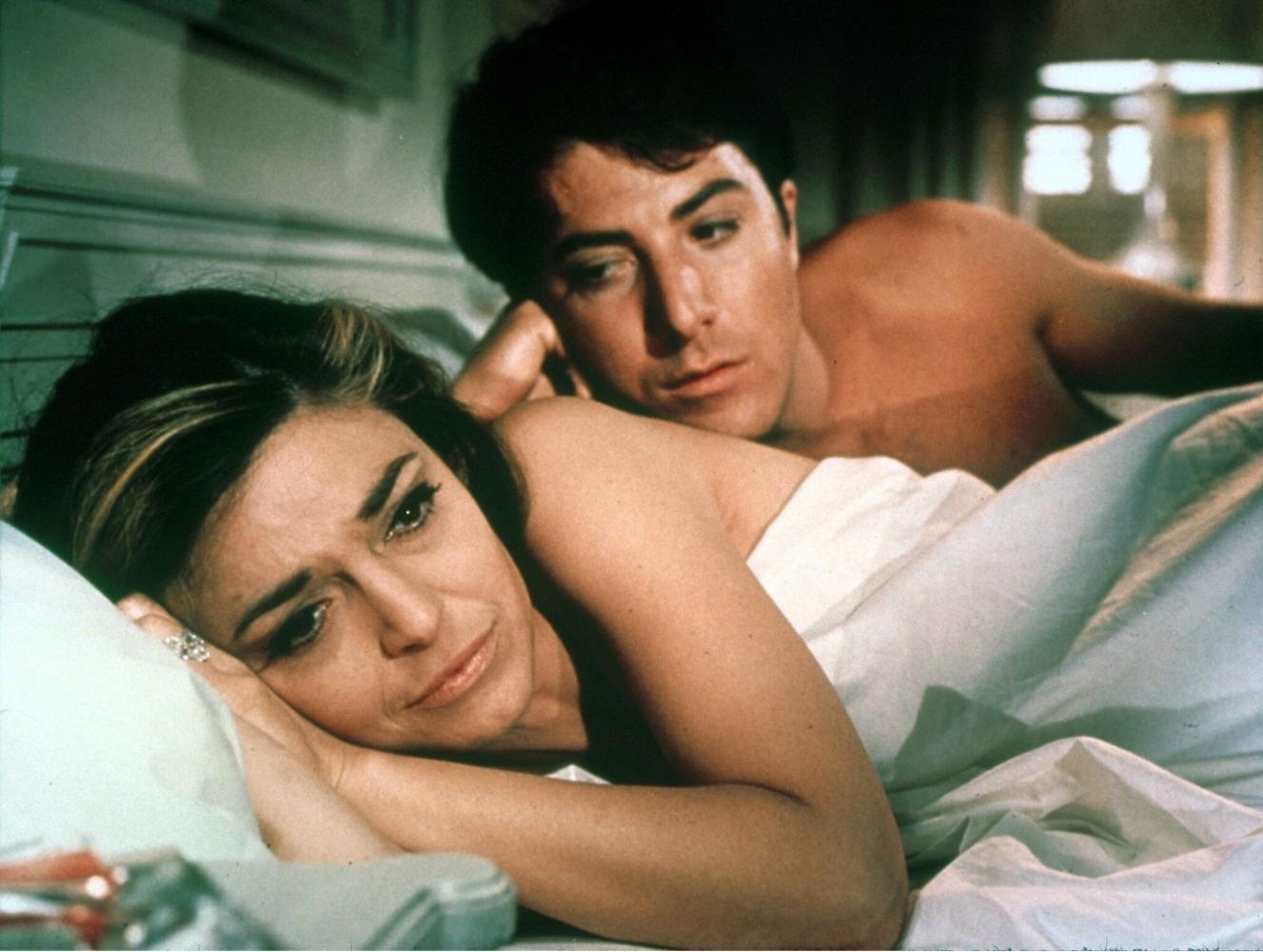 Anne Bancroft and Dustin Hoffman star in the classic film interpretation of Charles Webb’s novel, “The Graduate.” The 50th anniversary 4K restoration of the film premiered on Sunday.

The ’60s and ’70s were a very influential time for American cinema. With films from “Bonnie and Clyde” to “The Godfather,” it was an era that challenged and sometimes surpassed the Golden Age from the late ’20s through the early ’60s. Director Mike Nichols’ “The Graduate” (1967) was one of those films — an immediate classic and a funny, thought-provoking and sobering film. For a two-day limited engagement, the 4K restoration of “The Graduate” will be screened in theaters to honor the film’s 50th anniversary.

The audience first meets Benjamin Braddock (Dustin Hoffman) on an airplane, his face blank and empty. A track star and a successful academic, he has just graduated from college and returns to his parents’ home for his celebration party. Though he should be eager for the future, Benjamin is disillusioned and lost, unsure of what to do next and surrounded by people who expect him to know all the answers. He begins a secret affair with a family friend, the married and much older Mrs. Robinson (Anne Bancroft). Their canoodling comes to an abrupt and unpleasant halt when he falls for her daughter, Elaine (Katharine Ross).

“The Graduate” is arguably one of the most impeccable pairings of film and music. The soundtrack, composed by Simon & Garfunkel, permeates the film, enriching the story and layering it with nuance. Not only that, but the soundtrack conveys the despair and uncertainty that Benjamin feels, echoing his fear about the dawning future with the ever-chilling “The Sound of Silence.” The music paints a much more melancholy narrative, one that camera movements and frames could not entirely produce on their own.

The legendary Nichols evokes Benjamin’s emotions through various cinematic techniques. In a scene where Benjamin is running towards the audience, it seems as though he is getting nowhere, literally and metaphorically running in place. In other moments, Nichols zooms from a close-up, causing an emotional dissonance between Benjamin and the other, most often Mrs. Robinson. It is a game of mimicry, the music and the cinematography both representing Benjamin’s inner turmoil.

This story of doubt and the looming future introduced the film industry to the talented Dustin Hoffman. He plays the role with a certain knack for showing how his character evolves in the months following his graduation. Hoffman either evokes complete carelessness as Benjamin floats around day after day in his parents’ pool or deep-rooted sorrow as he runs in panic to find Elaine, the girl he wants to marry.

“The Graduate” changes with every viewing. At different points in their life, the viewer will gain a new perspective and understanding of it, and that is what cements the film as a timeless classic. Not only does the film illuminate the sense of fear as a young college graduate faces the future, but it also portrays the constant feeling that, no matter what, life and its purpose cannot be explained or understood.