Green Policies: From DC to NYC 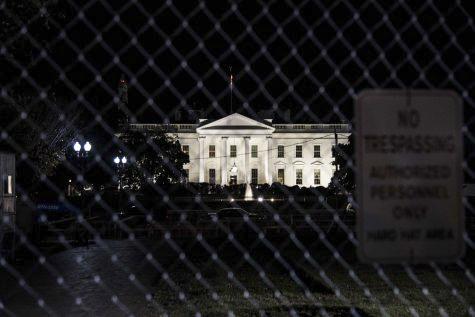 President Trump plans to undo many environmental policies under the Obama administration, raising concerns of students.

Donald Trump’s election to the presidency has brought on a multitude of changes, including significant alterations to the environmental policies enacted under the Obama administration.

According to the White House website, Trump is planning to eliminate the Obama administration’s Climate Action Plan, which aims to augment energy efficiency and lower carbon pollution, as well as the Waters of the United States rule, which gives the federal government extensive control over U.S. waterways.

“The fact that these actions delay momentum on climate change — so it makes it more likely that we will exceed the two-degree target that was set by the international community — that has real implications for New York City in terms of [carbon dioxide level] rise and in terms of the investments we’d need to make to actually adapt to climate change,” Kanter said. “So that would be a huge part of New York City’s budget.”

Kanter also said that students may refrain from going into environmental studies as they would not want to work for a government that is supportive of Trump’s climate policies. However, he believes that a lack of educated students in the government will make the situation worse.

“The government is an incredibly important force in our fight against climate change and in other environmental issues,” Kanter said. “So if there’s a brain drain in the government in terms of young, smart people going in, that could severely impact government efforts to deal with these problems, particularly once Trump is gone.”

Kanter said that the potential reduction of funds for research on climate change and other environmental issues will make it harder for professors to study these topics and help students get experience in these areas of research. Despite the negative effects of Trump’s environmental policies, Kanter said that during his experience teaching this semester, students seem to be more mobilized and ready to tackle policies they don’t agree with.

“People are much more aware of the issues and what’s at stake, and much more willing to protest and get out there,” Kanter said. “I’d be interested to know what proportion of NYU students actually voted, and what proportion now are actually fighting against this agenda and against the Trump agenda. My guess would be that there are several people who are fighting the agenda who didn’t vote because they just weren’t particularly enthused by either choice, and now realize that this is a real threat to our environment and to humanity itself.”

Kanter is one of two professors leading NYU’s presence at the March for Science next weekend, and is bringing along about 200 students. He believes students can still make a difference even if they do not want to pursue a career in government or reversing climate change, by being involved in local politics, calling their congressmen and senators to voice their concerns and going to anti-climate change protests.

“If you decided you originally wanted to go on one career path, but because of how you feel about certain issues you want to devote yourself to environmental protection or some other important social issue, then that’s also great,” Kanter said. “Perhaps, reconsidering where you might be useful in society and using your talents — everything from being an artist to being a lawyer and businessperson — in a way that perhaps actually might help bring about change in the world.”